Robert Stone was coming to teach for a day at Columbia University’s School of the Arts, where I was newly enrolled. I hadn’t read his work and couldn’t find it in the bookstores. It was 1980, and he’d published two novels, Hall of Mirrors and Dog Soldiers, and I was determined to read them before he arrived. So I called his publisher and arranged to pick up the books from the receptionist. I gave her a check, and she gave me two weighty paperbacks, now much read and annotated for study.

On the appointed day Bob arrived in the classroom, and without much prelude read aloud James Joyce’s “Araby” to students around a seminar table. At several points Bob paused and humbly passed a consecrating hand over the pages and made short comments, expressing admiration for a word, phrase, or image. The class ended, and the students wandered out into the hall. “What the fuck was that?” one said. “I didn’t learn anything.” There was a general murmur of agreement in the hallway, graduate writing school—art!—being the uncertain, anxiety-prone path that it is. In Bob’s class that day, there were no notes given or taken, no pedagogy per se, no list of rules to follow, nothing more concrete than Joyce’s words, Bob’s voice, moving in that sacred and profane story from blindness to sight.

Ten years later, I was teaching at the Iowa Writers’ Workshop and Bob came to do a short gig. I suggested that he read “Araby,” in part because I wanted to hear him voice it again, and in part because it was the one of the best lessons students could hope to receive. Forty or fifty assembled, and their response was very much the same as that of my classmates at Columbia ten years earlier. It can be hard to know what you’ve received until later. In life, Bob knew something about that. And he raised it to art.

He contained a world as vast as the psyche—a familiar shadow-side loomed its grotesqueries through him. Like the authors of Job, Bob had his eye on evil. What he conferred was, and is, divine. And we love him.

Tom Jenks is coeditor of Narrative Magazine. He is currently at work on A Poetics of Fiction: Six Chapters on the Art of Imaginative Prose. 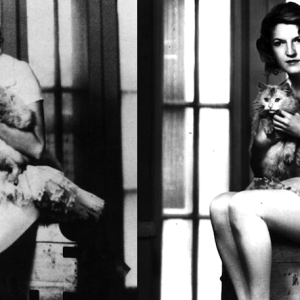 Tributes to the novelist Robert Stone, who died in January, from fellow pranksters and writers including Joyce Carol...
© LitHub
Back to top