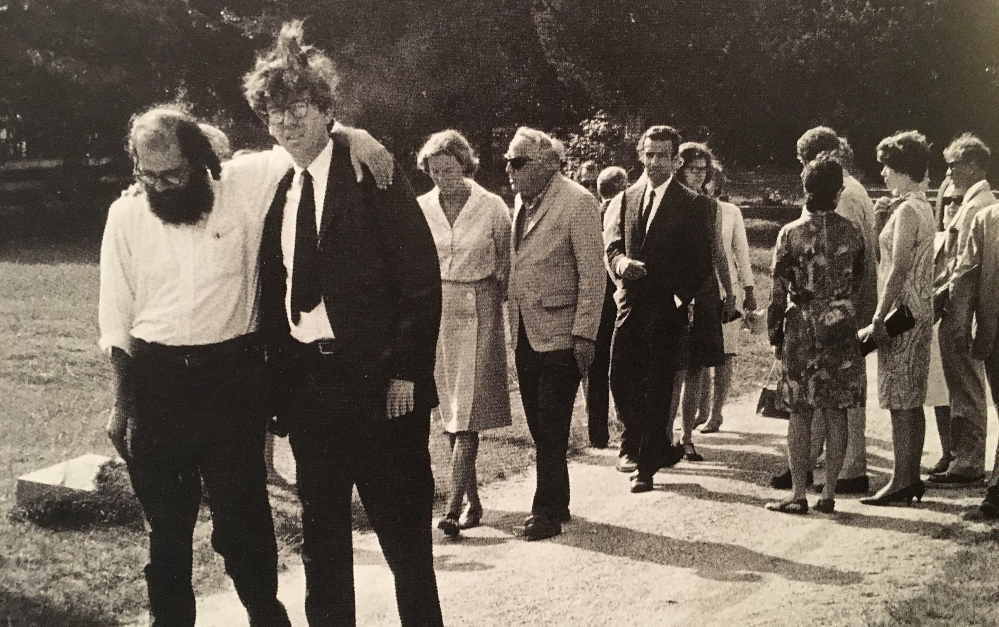 54 years ago today, the iconic mid-century American poet Frank O’Hara was buried in Green River Cemetery, in Springs, New York, two days after being struck down by a jeep on Fire Island at the age of 40—a freakish tragedy that left his friends, fans, and peers in the New York School reeling. The painter Larry Rivers, O’Hara’s longtime partner, delivered the eulogy in front of 200 assembled mourners.

We were reminded of the sad anniversary—and of the above iconic photograph of a grief-stricken Allen Ginsberg and Kenneth Koch leaving the graveside together—by Andrew Epstein, whose account of the event is well worth checking out.

And just in case you’ve never heard O’Hara read his own work, here he is reciting “Having a Coke With You” in his New York apartment, not long before his death in 1966: