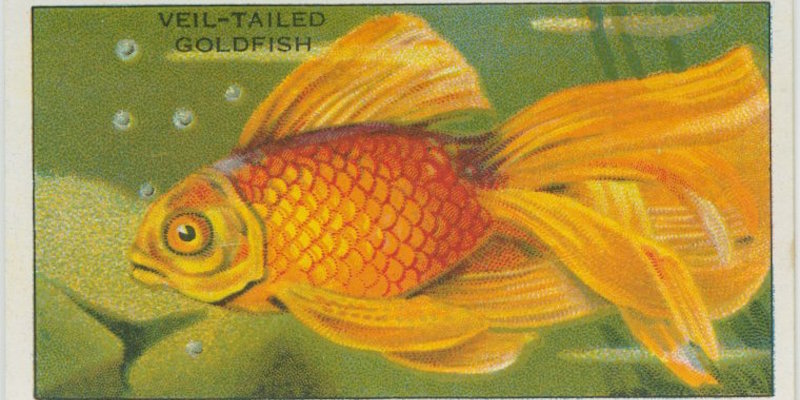 Remember when the Goldfish won the Pulitzer?

The year was 2014, and Donna Tartt’s sprawling bildungsroman, The Goldfinch, had captured the hearts of readers  (and profoundly irritated James Wood, who wrote that the novel’s “tone, language, and story belong to children’s literature”). James Wood notwithstanding, it wouldn’t have been an enormous surprise if The Goldfinch had been announced as the winner of 2014’s Pulitzer Prize for Fiction.

Instead, the official Twitter of the Pulitzer Prizes announced that the honor belonged to The Goldfish.

In the history of Twitter blunders, this one ranks near the bottom—as I recall, the Pulitzer account deleted and corrected the announcement almost immediately—but for some reason, it continues to delight me. Maybe because it was such a gentle, victimless error that even Twitter’s ghouls weren’t baying for the poor social media editor’s job. Maybe because the typo conjured the image of an unblinking goldfish in his bowl, incredulous at having won one of publishing’s highest honors. (He didn’t even know he was in the running!) Maybe because it opened up the possibility of an actual novel called The Goldfish, slightly less sprawling but no less captivating.

All this to say: the Pulitzer Prizes will be announced via livestream tomorrow at 1 PM EST.

I have no idea who’s going to win (nor does Book Twitter, as far as I can tell), but as ever, I’m pulling for the goldfish.