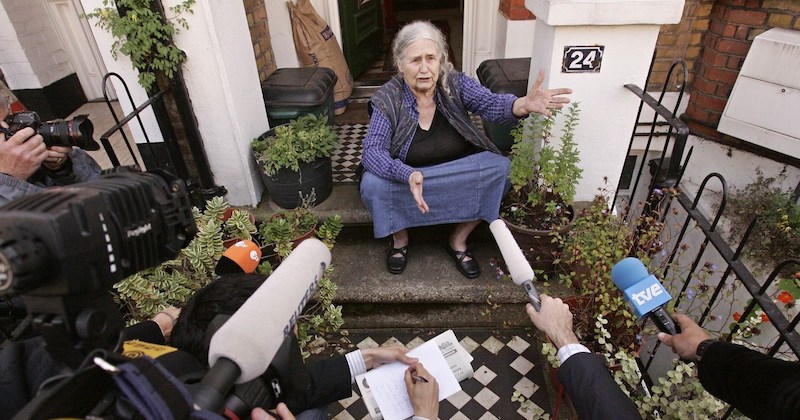 Remember when Doris Lessing absolutely did not care that she won the Nobel Prize?

On this day in 1962, Doris Lessing published The Golden Notebook, arguably her most famous work, in part because of how diligently college-age men still name-drop it to try to endear themselves to hot feminists. (Hi, we see what you’re doing.) After all, everyone knows that Lessing is an absolute legend, and not only for her writing. For one thing, Lessing won the Nobel Prize in Literature in 2007, and boy oh boy did she not care. Actually, it seemed a little bit like an imposition. In fact, her exact words were, “Oh, Christ.” Here is a video of her being told the news:

The next day, she was interviewed by Adam Smith, from the Nobel Foundation’s website—at that point she still hadn’t read the citation from the Nobel Committee, but she didn’t seem at all surprised to have won. (And why would she? She obviously deserved it.) Nor did she think it was going to make much of a difference in her life. “You know, people are going to lose all interest in a month or two,” she told him. “They can’t spend all their time wanting interviews. And I haven’t got time you know. I haven’t got time for all that. So the problem will solve itself.”