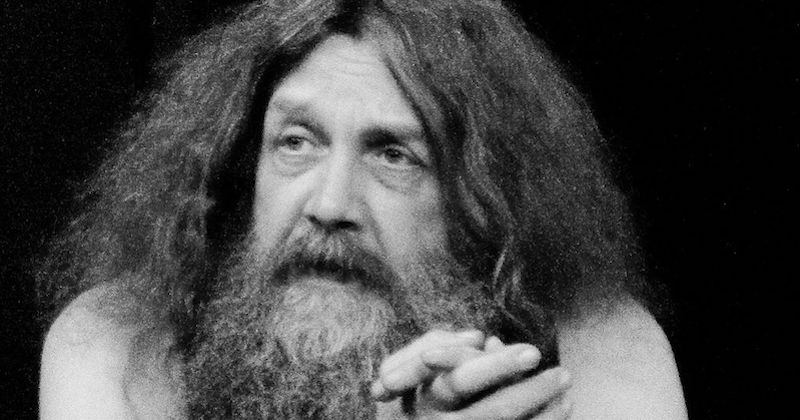 Remember when Alan Moore got into a public feud with Frank Miller over Occupy Wall Street?

On this day in 1953, comic book legend Alan Moore (Watchmen, V for Vendetta, From Hell, Batman: The Killing Joke) was born in was Northampton, England. In addition to his mastery of signature storytelling, Moore is known for his forthright, outspoken nature (take, for instance, his criticism of adults’ obsession with modern superhero blockbusters, which he called “both tremendously embarrassing and not a little worrying“).

In 2011, Moore’s unabashed honesty incited a public feud with fellow industry veteran Frank Miller (Sin City, Dark Knight Returns, 300). The topic? Occupy Wall Street (remember that!?) In November of that year, Miller published an anti-Occupy Wall Street ode on his website. He reportedly wrote, “Occupy is nothing but a pack of louts, thieves, and rapists, an unruly mob, fed by Woodstock-era nostalgia and putrid false righteousness. These clowns can do nothing but harm America.” A very curious take coming from a man who illustrated and wrote a whole book about a white male vigilante flying around the city in a high-tech bat suit and masquerading as a wealthy CEO. Miller added, “This is no popular uprising. This is garbage. And goodness knows they’re spewing their garbage—both politically and physically—every which way they can find.” Well, tell us how you really feel, Mr. Miller!

Moore, on the other hand, vehemently disagreed with Miller. A month after Miller ran his mouth, Moore spoke out in an interview with Honest Publishing. Moore let it be known that he was no fan of Miller or his work: “Frank Miller is someone whose work I’ve barely looked at for the past 20 years . . . I thought the Sin City stuff was unreconstructed misogyny, 300 appeared to be wildly ahistoric, homophobic and just completely misguided.”

Moore then went on to specify why he didn’t agree with Miller’s hot take on the Occupy movement: “It’s about what I’d expect from him . . . I think it would be fair to say that me and Frank Miller have diametrically opposing views upon all sorts of things, but certainly upon the Occupy movement . . . I’m sure if it had been a bunch of young, sociopathic vigilantes with Batman make-up on their faces, he’d be more in favor of it.”

It’s safe to say that these two didn’t mark it as water under the bridge and become friends.

Two years ago, Moore announced that he was retiring from comics. However, he hasn’t fully stepped back from writing. In May of this year, it was announced that Moore had signed a six-figure deal with Bloomsbury for a “groundbreaking” five-volume fantasy series as well as a short story collection. Moore expressed excitement about this new chapter in his career in a press release: “I couldn’t be happier with the new home that I’ve found at Bloomsbury: a near-legendary independent publisher with a spectacular list and a fierce commitment to expanding the empire of the word.”

Illuminations, the short story collection, will hit shelves in Fall 2022.