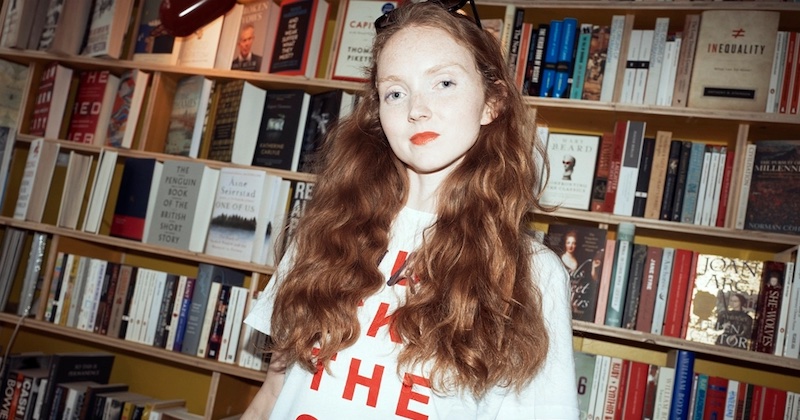 Remember when a Brontë Society member got into a public feud with a British supermodel?

On this day in 1855, Charlotte Brontë died in Haworth, West Yorkshire, England. Her official cause of death was cited as tuberculosis, but some scholars and historians have questioned this diagnosis.

The Jane Eyre author is regarded as an essential member of the literary canon, which naturally has spawned some heated discussions involving her legacy. Case in point: Three years ago, the Brontë Society found itself entangled in serious beef with former supermodel and actor Lily Cole. Cole, who earned double first honours in History of Art from Cambridge University at the age of 23, was appointed a “creative partner” of the Society. This caused dissent from one of the society’s male members, who argued that Cole’s appointment was simply put, a joke.

Brontë Society member and author Nick Holland wrote on his website, “What would Emily Brontë think if she found that the role of chief ‘artist’ and organiser in her celebratory year was a supermodel? We all know the answer to that, and anyone who doesn’t isn’t fit to make the decision or have any role in the governance of the Brontë Society.” That post seems to have vanished into the ether, but as they say, the Internet never forgets!

The crux of Holland’s (sexist, mansplaining) argument seemed to rest on the fact that Cole was a fashion model, and therefore, this meant that she was absolutely unfit to join the organization.

Holland added, “Being trendy is the ultimate aim, with the Brontës themselves relegated to the sidelines. . . It’s best that I leave the society now, before they announce James Corden as the creative partner for 2019, a year in which Patrick Brontë is being remembered, and Rita Ora as organiser for Anne Brontë’s celebrations in 2020.”

Holland’s self-righteous snobbery was met with social media backlash and a composed response from Cole. She told The Guardian:

When I was asked by the Brontë Parsonage Museum to work on a piece to commemorate Emily Brontë’s birth I immediately thought of Emily’s pseudonym, and what that gesture represented. Why could a woman not publish under her own name? What was life like for women living in the UK in the 19th century? What circumstances would also give rise to a child being found abandoned in a city in the 18th century, as Heathcliff was?

Now I find myself wondering, fleetingly, if I should present the short film I am working on for the museum under a pseudonym myself, so that it will be judged on its own merits, rather than on my name, my gender, my image or my teenage decisions. I would not be so presumptuous as to guess Emily’s reaction to my appointment as a creative partner at the museum, were she alive today. Yet I respect her intellect and integrity enough to believe that she would not judge any piece of work on name alone.

Fortunately, not everyone in the Brontë Society agreed with Holland. A Society spokeswoman told The Guardian, “The Brontës were trailblazers and it is one of the roles of the society to ensure that their lives and work continue to be of relevance and interest to modern society. Lily’s innovative projects in the fields of literacy, nature, storytelling and the environment are the perfect fit for Emily, and her originality and creativity will bring a fresh perspective to our 2018 celebrations.”

Notably, this wasn’t the first time that the organization had experienced public ~drama~. The society has a tumultuous history in terms of member spats, which includes the withdrawal of an anonymous £1m donation due to infighting.