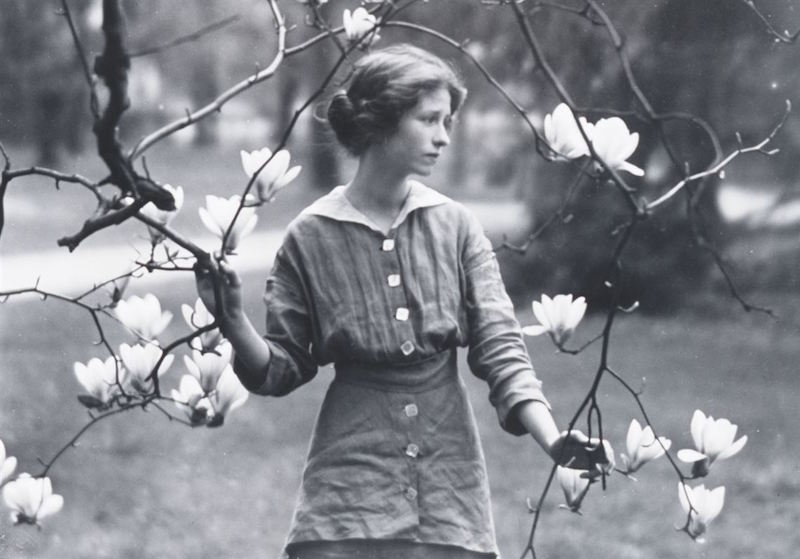 Edna St. Vincent Millay was born on this day in 1892, so naturally I’m thinking about my introduction to the Pulitzer Prize-winning poet: a tangential burn on her poem “God’s World” in Lois Lowry’s Anastasia Has the Answers.

In the book, Anastasia Krupnik (one of the great middle-grade protagonists, in my opinion) has been tasked with memorizing “God’s World” in her English class, in preparation for a visit from a group of international educators. Neither the poem nor the poet is named, but its first two lines appear a few times throughout the book.

It was, Anastasia thought, really a neat poem. Imagine actually writing that: “O world, I cannot hold thee close enough!” Anastasia had felt like that a lot: happy, and in love with the whole world; but she never in a million years would have thought of the right words, the way the poet had.

A neat poem! That sounds pretty good, actually! Of course, Anastasia is only 13. In the very next line, we learn what her father, a grown-ass poet, thinks.

On the other hand, Anastasia’s father—himself a pretty famous poet—had not reacted very well to her recitation when she had practiced at home. He had made a terrible face.

“It’s not you, sport,” he said. “You’re doing just fine. It’s the poem. That poem is sentimental garbage. Why don’t they assign you something great to memorize?”

When I remembered this strange tangent years after first reading the book, I assumed it meant that Lois Lowry had contempt for Edna St. Vincent Millay. Now, though, I think her contempt is aimed at contempt itself—that of contemporary male poets who want to suck the joy out of poetry for those less educated than themselves (including their tween daughters).

Presumably, the reader is meant to identify more closely with Anastasia than with her father, and Anastasia thinks the poem is neat. It captures a feeling she recognizes. It moves her. She’s engaging with poetry! Shouldn’t that delight her pretty famous poet (and Harvard professor) father? No—because it’s not the right kind of poetry.

This reminds me of the poets who lament that no one reads poetry and then roll their eyes at anyone who owns a Mary Oliver collection. Dr. Krupnik, at least, apologizes a few lines later.

“Sorry,” he said. “I don’t know why I said an obnoxious thing like that. Isn’t it amazing how sometimes obnoxious remarks just appear out of your mouth without any warning? I’d better keep my mouth shut. But I do think it’s one of the worst poems ever written. That’s a matter of taste, of course.”

Hey, that’s more of a mea culpa than I’ve ever heard from an obnoxious poet.