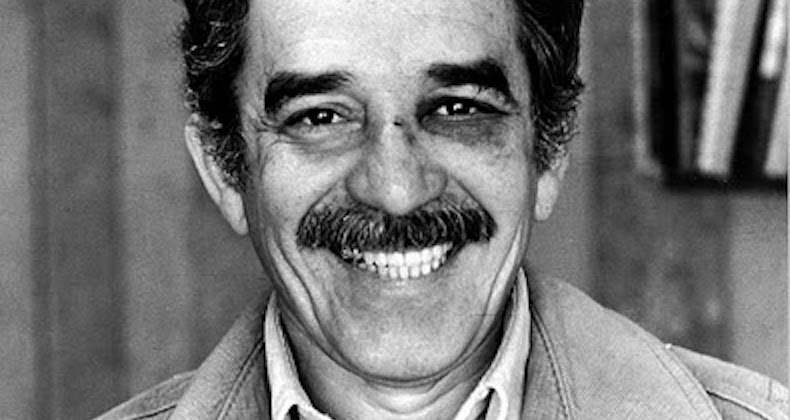 Today in 1982, Gabriel García Márquez received the Nobel Prize for “his novels and short stories, in which the fantastic and the realistic are combined in a richly composed world of imagination, reflecting a continent’s life and conflicts.” Twenty-eight years later, Mario Vargas Llosa would win for “his cartography of structures of power and his trenchant images of the individual’s resistance, revolt, and defeat.” This double win could have been a source of joy for both of them; the two were longtime friends, and Vargas Llosa wrote his doctoral thesis on One Hundred Years of Solitude. Alas, in both 1982 and 2010, the two weren’t on speaking terms—because in 1976, a romantic scandal led Vargas Llosa to sucker punch Márquez in the face at a movie screening, ending their relationship.

What happened? Essentially, Vargas Llosa set the events in motion. On a trip from Barcelona to El Callao, Vargas Llosa met a woman and fell in love with her, leaving his wife Patricia, who was there traveling with him on the same ship. This didn’t surprise those who knew him: said his friend Guillermo Angulo, “Look, Mario has been a great womanizer and he’s a very good-looking man. Women die for Mario.”

When the ship docked in Chile, Patricia traveled back to Barcelona packed up the house, and Márquez and his wife Mercedes Barcha Pardo, longtime friends of Vargas Llosa and Patricia, visited her in support.

Here’s where accounts diverge: Márquez said he didn’t make a move on Patricia; in fact, she came onto him, but he didn’t react in kind out of his respect for Vargas Llosa. Regardless, Márquez drove Patricia to the airport to go back to Santiago, and apparently told Patricia to leave Vargas Llosa—according to his friend Plinio Apuleyo Mendoza, he told her, “If the plane takes off without you, great, we’ll have a party.” (Mendoza said, “Gabo’s Caribbean and it was in that spirit that he said it, and [Patricia] misunderstood.”)

But then something surprising happened: even after Vargas Llosa’s flagrant affair, he and Patricia got back together. When they did, to score points on Vargas Llosa, Patricia said, “Don’t think I’m not attractive. Friends of yours like Gabo [Márquez] were after me.” So the next time they saw each other—at a film preview—Márquez arrived, greeted Vargas Llosa, and Vargas Llosa hit him with a right hook, shouting, “For what you tried to do to my wife!” It was a hard hit, too: said their friend Rodrigo Moya, “[Márquez] was bleeding when he fell because the lens in his glasses broke right on the bridge of his nose and the bruise was pretty bad.” Then, Mercedes said to Llosa: “What you’re saying can’t be true because my husband likes women, but only very good-looking women.” Ouch!

That was the end of the pair’s friendship. Apparently, they hadn’t been as close as others had thought: their relationship had been glued together by mutual friends, and their politics had drifted away from each other, Vargas Llosa’s moving quickly to the right. The “affair” was the culmination of a growing mutual irritation.

The day after the punch, Márquez and Mercedes, his wife, appeared at their friend Rodrigo Moya’s door and Márquez asked Moya to take some photos of his black eye, telling him the whole story. Said Moya, “He look[ed] like he was really beaten up, like beaten up by the Mexican police.” Moya obliged. Márquez never published the photographs; they wouldn’t be seen by the public until 2007. It seems he just wanted to have them. In the pictures, Márquez is grinning.