On Writing Through Pain and Letting a Book Find Its Form

On this episode of Rekindled, Lisa Olstein is in conversation with Paul Lisicky. Olstein’s recently released memoir, Pain Studies, is in part a record of a lifetime of chronic migraines as well as a cultural history of the way we talk about pain. Lisicky’s Later is a recollection of life in Provincetown at the height of the AIDS epidemic. Both memoirs came out in the last month, so the authors came together to discuss their writing processes and intentions for these stories. Olstein and Lisicky converse deeply about form, allowing a book to “breathe,” and writing through and from pain.

Lisa Olstein: How did your book find its form? How did it arrive at the form the final book takes?

Paul Lisicky: It’s a long story, but I’ll try to shorten it. I had a residency five weeks after my father had died, and my laptop at the time was broken, it would just automatically shut down at random times, so basically all of my work wasn’t being saved at the time. I wrote every day with the thought that I was going to lose everything I was writing, and there was something about that that intensified the on-the-spot-ness of it.

But after that initial draft, I felt wary of the books sense of orderliness—it felt like it was bending toward resolution, which to my mind did not capture the experience of living in those days. So I went back after putting the book aside, and I introduced some shorter sections, flipped the book into present tense, and lived with a manuscript that felt fairly awkward for a while, but my sense was that that was the way this book needed to be told. I wanted it to expand and contract like a body. I wanted it to breathe.

Sheltering: Zan Romanoff Takes on the Myth of Bluebeard 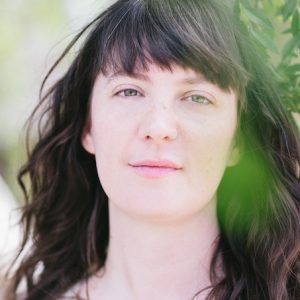 Sheltering: Zan Romanoff Takes on the Myth of Bluebeard

On this episode of Sheltering, Zan Romanoff talks to Maris Kreizman about her new novel, Look, a coming-of-age story about...
© LitHub
Back to top