On Cults, California, and Belief Systems

On this episode of Rekindled, Julia Scheeres, author of A Thousand Lives, a book about the Jamestown tragedy, talks to Melanie Abrams, whose recently released novel, Meadowlark, tackles childhood trauma, communes, and more. Scheeres and Abrams talk at length about cults, how they can tip from just a shared cause to a dominating leadership structure, the various belief systems, and finding nuance in these stories. Please buy their books from your favorite local bookstore, or through Bookshop!

Julia Scheeres: Your cult doesn’t have a lot of physical punishment. It’s more the belief system—how did you come up with this? Did you study real intentional communities?

Melanie Abrams: Quite a few! It was interesting because I had two veins of research. One was reading books, documentaries, infiltrating internet forums, one I came across a lot was Twelve Tribes, another was Children of God, which was fascinating and horrible. A lot of the stuff I was finding was horrific—which is traditionally our view of cults, just exclusively bad, which of course traditionally they are—but it’s just not a nuanced view.

Mark Haber on Writing As a Way of Asking Questions 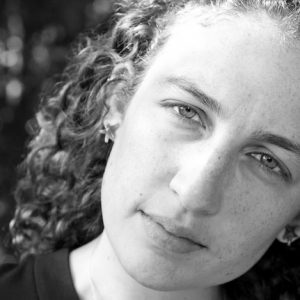 On this episode of Sheltering, Maris Kreizman speaks with Adrienne Raphel about her new book on crossword puzzles, Thinking...
© LitHub
Back to top