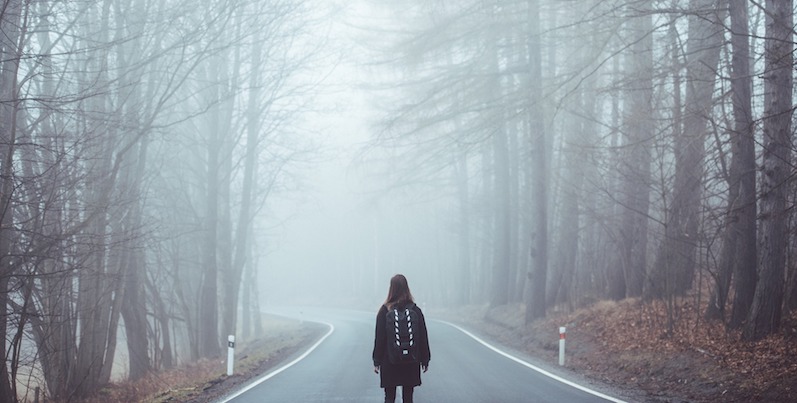 "I’m relearning what kinds of stories matter to me."

I read hundreds of pages a week for my English PhD program. When I left my program after four years, I discovered an unexpected side effect: I could no longer read the vast majority of adult fiction.

This wasn’t just a matter of taste, but of physical response. Any attempt at reading a book that seemed like it could have been on a seminar syllabus resulted in my body physically rejecting the experience of reading: in bodily recoiling and psychological dissociation. I couldn’t keep track of the story; sometimes, my hands would shake.

Much has been written in the last few years about the increased rate at which PhD students experience anxiety, depression, and suicidal ideation. I experienced all three during my program, which I long attributed to the fact that I was coming out as a lesbian while married to a man who shared my evangelical Christian faith—if anything, academia felt like the last remaining bit of scaffolding holding my life together. My personal life collapsed in on itself during the early years of my program, and by the time the dust had settled, I was in my fourth year of my PhD, on the cusp of my dissertation prospectus and finally taking stock of the obvious: that job prospects were slim, that my program had placed approximately one of its graduates in a tenure-track position in recent years, and that academic writing was not the kind of writing I wanted to spend my life doing. So I quit. Once you walk away from fundamentalist Christianity and a marriage, leaving a PhD program feels easy.

But the effects, it turns out, are lasting, and sometimes unexpected. Even today, nearly four years after leaving my program, I still cannot read the vast majority of adult fiction on the market, particularly the upmarket and literary fiction valued by my writing community where I live in New York City. The body keeps the score, as the saying goes. I still try to read these books, of course: to slowly make my way through Virginia Woolf’s Orlando, which I’ve never finished; to finally get past the first chapter, even, of books that I know I would love, if only I could make it more than a few pages in—R.O. Kwan’s The Incendiaries, or Madeline Miller’s Circe, for example. But the same thing happens every time. I lose focus, the words blur, my breath comes fast, my hands shake. End scene.

I’ve been reading since I was a young child. Reading was always one of the safest spaces, novels my favorite escape hatch as a kid growing up in a home where there was more shouting than there was laughter. So what happens when what nourishes us as readers changes, specifically in response to trauma? In some ways, reading, for me, has often been a response to trauma, but things are different now.

Even today, nearly four years after leaving my program, I still cannot read the vast majority of adult fiction on the market, particularly the upmarket and literary fiction valued by my writing community where I live in New York City.

As with any loss, other things emerge to fill the void. I have always loved and avidly read memoirs, narrative nonfiction, and essay collections; this remains unchanged. But two other genres have unearthed themselves as healing mainstays in my reading, in most unexpected ways.

I failed the poetry portion of my field exam. Also known as comprehensives (“comps”), the brutal three-hour test consists of faculty members grilling you on any and every piece of literature they can think of that was written in the period on which you are trying to become an expert. When we turned to the poetry portion, my advisor asked me, as a starting point, to explain the relationship between form and content. It was a simple question, a softball. I completely blanked.

Poetry had always been a struggle for me, so I was angry with myself for failing part of the exam, but not surprised that I had failed at poetry specifically. I had taken graduate-level classes on Romantic Poetry and written papers, sure, but I didn’t really get it. I couldn’t lose myself in a poem the way I could in a novel. Why were poets so weird about punctuation?

It wasn’t until I moved to New York City, when I started reading poetry on the subway, pressed up against other people, that poetry began to make sense to me. (The MTA’s “Poetry In Motion” series, which features short poems in subway cars alongside advertisements, is aptly named.) In a place where it is so tempting to dissociate, poetry connected me to my body and to the rhythms of the city; it pulsed with each stop and start of the train. I listened to cuts from Andrea Gibson’s Truce and Hey Galaxy on repeat, read Natalie Diaz’s My Brother Was an Aztec, Ada Limón’s The Carrying, and Richard Siken’s Crush with a devotion that bordered on religious.

As someone who studied the long 18th century, William Wordsworth’s definition of poetry had stuck: “Poetry is the spontaneous overflow of powerful feelings: it takes its origin from emotion recollected in tranquility.” Wordsworth is talking about the conditions of writing poetry, but still, there was something ironic about reading it on the train, the least meditative and tranquil of environments.

As I remake myself as a reader, I’m relearning what kind of stories matter to me.

What is the relationship between form and content? Do you mean the way a line breaks across a page, an utter lack of punctuation? Or do you mean the way that poetry now scaffolds my post-PhD body: how I have Mary Oliver’s crows from “Landscape” tattooed on my skin and Adrienne Rich’s “Splittings” on my breath, muttering i choose to love this time for once with all my intelligence as I cry on the train the week after a heartbreak?

I taught Malinda Lo’s Ash, a queer retelling of Cinderella, in a class I designed while in grad school, in the immediate wake of my divorce and coming out. The class focused on looking at fairy tales through feminist and queer themes. If given the option, I would have focused my doctoral work on contemporary retellings of fairy tales and myths rather than the long eighteenth century—but that wouldn’t go over well on the job market, I had been told. So I taught classes on the subject instead, and delighted in introducing hungover college freshmen to Anne Sexton and Angela Carter.

I’m not sure if it’s because of some kind of Cinderella fairy dust, but somehow, even today, I always have multiple copies of Lo’s Ash on my shelf, ready to thrust it into friends’ hands at all times. Read this, I say. It will blow your mind.

I loved fantasy books growing up, and I belong to that particular age bracket of Millennials who aged alongside Harry Potter. But I always loved fairy tales most of all: fairy tales, those generational myths that we are always remaking and retelling to reveal something about our current cultural climate. A queer Cinderella is the kind of protagonist my heart needs, an affirmation that it is possible to see and be seen even in the oldest of stories.

As I remake myself as a reader, I’m relearning what kinds of stories matter to me. Not what should matter to me, as an aspiring writer in the rural Midwest desperately trying to prove herself, or as a college English major trying to figure out her next step, or as a PhD student trying to find her place. What makes my heart sing? What kinds of themes and characters and conflicts resonate so deeply that it’s as if an instrument deep inside me is being plucked for the first time?

I’ve finally circled back to that little girl on her front porch in the Iowa countryside, curled up with a book while my dad pleads with me to go outside and play: but this IS play. Reading YA and adult fantasy, particularly that with queer protagonists, has been healing, reminding me of the primary joy of reading as an activity primarily for the self, above all else: to see the self reflected on the page, and to imagine new ways of being, in a way that brooks no obligation.

Jeanna Kadlec is the author of the forthcoming memoir Heretic (HMH, 2022). She is a culture columnist at Longreads. 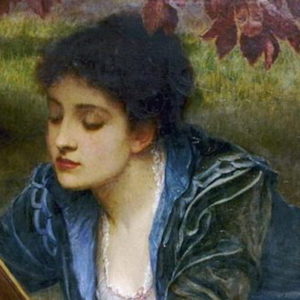 A powerful idea took hold in western culture, in the early and mid-20th century, that domesticity was bad for art. It probably...
© LitHub
Back to top