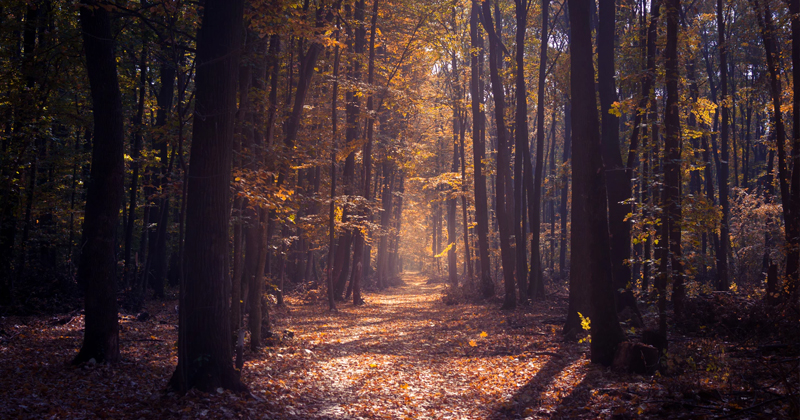 My former husband’s grandfather, René, had the straightest back of anyone I’ve ever known. He was handsome, with intelligent, green-gray eyes and a whiskery, ironic laugh. His vegetable garden, on the edge of the forest of Chateauroux, France, stretched behind the house in perfect rows and tidy beds, an edible city of which he was mayor. A Communist who had been in the Resistance during the war, René had strong opinions about everything. He would sit back on his couch, smoking a hand-rolled cigarette, and wax on about the trucker strike or the GATT agreement, lecturing the rest of the family, who listened with generous fatigue. As with so many things in France, I could translate René into some kind of American equivalent but not quite. Despite being strongly to the left, he thought that organic farming was a bourgeois indulgence. He scorned the intellectual class, but he was extremely smart and well-read. He disliked the United States, but he put up with me.

I first met René and his wife, Camille, in 1993, not long after I’d moved in with their grandson, a fellow student at the University of Grenoble. Camille was small and thick with a broad laugh and a sweet yet sharp disposition. From the first visit, she welcomed me as the “rapportée,” “the added one,” instructing René to fetch “les petit légumes du jardin”—the little vegetables of the garden—so that I, a vegetarian, would have enough to eat. Over the next few years of my life in France, René and Camille’s house became the locus of family weekends.

Along with my boyfriend’s parents and brother, we’d arrive before lunch and drink a kir—extra cassis syrup for Camille, barely any for René—at the mirrored table in the living room. Camille would announce the menu: usually salmon with curry sauce, patates sautées, caramelized tomatoes, stewed peas, and the cèpe mushrooms that René had foraged from the forest. In winter, a fire would rage in the fireplace, tended and fed by René with all of the leftover paper products—cardboard biscuit boxes, the wrappings for Brie—that he could find in the house.

Although my French was good, close to fluent, I was Californian, not French, and this was a family of word play, political allusions, and complicated dynamics. Understanding the surface of a conversation was hard enough without taking on subtext. By the end of the aperitif, I’d be exhausted. So after the noon meal, while the others played a game of cards, I’d head out on my own for a run in the forest.

I remember so clearly the path out the back door of the house, under cherry trees dripping with fruit and shadows, past René’s massive vegetable garden and the abandoned cottage where his father had lived. Then the road that I’d follow along ditches clogged with daisies and buttercups, then the sign for the forest and the swerve into the trees. I can smell the clammy air, and feel the soft ground under my feet. Out in the forest, although at times I was literally lost, I was existentially found. I’d been a runner back in California, and the maze of those oaks was not so different from the maze of redwoods I’d run in Santa Cruz. Feet pounding along a trail, jumping fallen logs and wayward roots, I was without context: not the young American abroad, not the “rapporté.”

“Although my French was good, close to fluent, I was Californian, not French, and this was a family of word play, political allusions, and complicated dynamics.”

On my return, I’d stop off in the vegetable garden to walk the wooden planks that lined the beds. René would almost always be out there, cutting dead brambles from the raspberry bushes, spraying pesticides on the tomato plants, pulling weeds. And it was then, in the garden, that he and I started to talk, that we found a connection, this anti-American and this American. I’d tell him about my run: the pond I’d finally found, the slugs marinating in the puddles left by a previous night’s rain. He always wanted to hear my precise route—he knew that forest as well as he knew his garden—and I would describe the markers I’d passed, like a pyramid of logs or an arrow to the main road. Then I’d ask him about what he was doing. What was this plant or that one? How did he train that pear tree up the side of the shed? I was a willing audience for René’s lectures. Everything he said about the temperature of compost piles or how you could discourage rabbits by ringing your lettuce beds with hair cuttings from the local salon de coiffure—all of this fascinated me.

The first good story that I ever wrote was based on René. My husband and I had left Grenoble for Baltimore so that I could attend graduate school in fiction. That first semester, I read Joyce’s Ulysses, and I wrote a stream of consciousness narrative about a despotic old man with a vegetable garden who doesn’t know how to talk to the sons he loves. In the final scene, the old man gets lost in the forest behind his house. I say that this was my first good story because it was the first true story I’d written. I looked through a character’s eyes and saw how he saw the world, while also seeing the way the world saw him.

René couldn’t speak or read English, so he never read that story when it was published. But he knew that I had written it and that I was starting to write other stories about a forest like the forest of Chateauroux. One summer visit, he took me to his dusty study and unearthed a brochure about the forest, a guide to its trails and to its flora and fauna, a manual on mushrooming, and a map of the Resistance during the war. Then he and I went to the forest together, one of us with a mushrooming basket, one of us with a notebook. I scribbled words and René gathered cèpes. He told me everything he knew as I followed him along the trails, listing each plant, each species of tree. He recounted a local legend or two, careful to point out that the facts might be wrong, like the one about two brothers out hunting wild duck in medieval times who drowned in the pond. After that visit, whenever I wrote a new story about my fictional forest, I consulted those notes.

A few years ago, I reread my stories. René was long dead and I was divorced from his grandson. I no longer spoke French at home with my daughters. I no longer read in French regularly, or listened to French music, or spent summers there with my family. I hadn’t been to the forest of Chateauroux in years. I’d lost my relationship to France in my divorce, but my relationship with my French characters remained as strong. I was still close to the old man lost in the trees, to the brothers on a rock by the pond, watching the sky. And I still felt close to the forest itself, to those oaks and birches, the luscious ground they grew from, the vining of the trails between their roots.

I taped the map and the brochure that René had given me on the wall by my desk. I put the notes from our walk next to my computer. I remembered the forest of Chateauroux, and I remembered my fictional forest, which felt as real as a literal place. And slowly, that summer, as I fashioned the stories into a novel, the French language returned to me. I knew the names of the forest’s trees better in French than in English. Hêtre, bouleau, tilleul, pins sylvestres. I heard my characters speak to each other in French, and I translated for them onto the page. I started to read in French again, first online research for the book, then a short story, then a novel. I spoke French again with my children, switching without hitch between the two languages. “Allez, les filles,” I called to them up the stairs when they ran late for dinner.

It’s all gone, but it’s all still there, you see, even René with his husky laugh and the way he would pull a carrot from the ground and hand it to me when I returned from my run, saying, Voilà. Essaie. Here, Try it.

Jane Delury‘s fiction has appeared in Narrative, The Southern Review, Prairie Schooner, The Yale Review, and Glimmer Train. Her debut novel is The Balcony. She has received a PEN/O. Henry Prize, the F. Scott Fitzgerald Story Award, a VCCA fellowship, and grants from the Maryland State Arts Council. She holds an MA in literary studies from the University of Grenoble, France, and an MA in fiction from the Johns Hopkins Writing Seminars. She teaches in the University of Baltimore’s MFA in Creative Writing & Publishing Arts program. 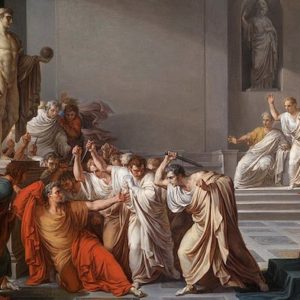 We get what we deserve. In our conspiratorial times, it’s hardly surprising that we have books about conspiracies. Ryan...
© LitHub
Back to top