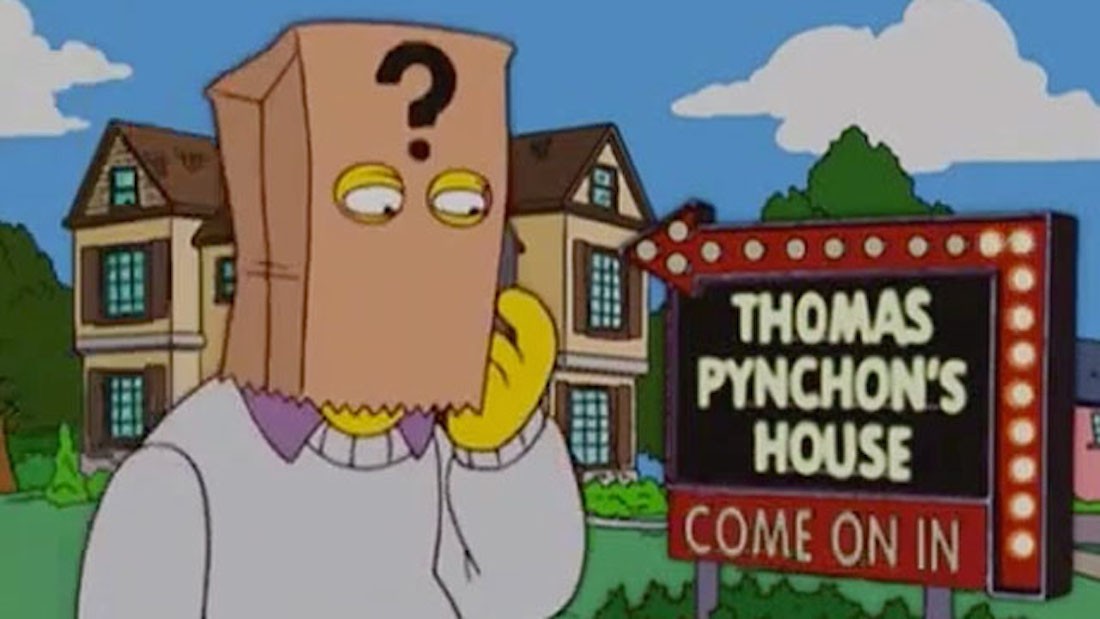 This week, a Lit Hub reader wrote in to inform me of what is at the very least an entertaining conspiracy theory unspooling over at the Thomas Pynchon subreddit (where the upvotes are +1 Pynchon head and the downvotes are -1 Pynchon head, naturally). Here’s the gist: Paul Thomas Anderson (who adapted Pynchon’s Inherent Vice in 2014) is promoting his latest movie, Licorice Pizza, which apparently features a producer character named Sam Harpoon, who seems to be played by an uncredited Ben Stiller.

According to the OP on Reddit, a Twitter user (who joined in February) by the name of Sam Harpoon has been “tweeting in character as the producer, sharing stories and various aphorisms” since July. “It’s fairly obvious this is a legit account,” they write. “It’s followed by most of the cast/crew from the film, as well as other directors like Rian Johnson and the Safdie Brothers (one of which stars in the film). When asked about Sam Harpoon at Q&As, PTA has been remarkably coy—saying that he’s ‘absolutely a real producer’ despite no record of him ever existing.”

Both the OP and the tipster agree that the tweets not only sound like Pynchon but include a number of thinly veiled references to his work, like this one:

2022 marks 50 years since I began the journey of crafting “Rainbow,” my studio debut and the film which has defined my career for better or worse (arguably both). The “arc” of its creation is a tale of great ambition and high drama. Do not be fooled by “counterfeit accounts.” SH.

Most importantly, it’s fun. The idea of “[Pynchon] secretly tweeting a micro novel’s worth of fictional 70’s film history feels so Pynchonesque I can’t help but believe it’s him behind the keyboard,” the OP writes. Some commenters on the thread agree, while others dismiss the whole idea.

So does this conspiracy theory hold any water? Honestly, I don’t know—if I were Thomas Pynchon, 84-year-old reclusive literary legend, I would not be on Twitter for any reason, and you certainly don’t have to be Pynchon to get on Twitter and make a lot of Pynchon references, or even to do it in his style. It seems more likely to me that it’s an oblique in-joke cooked up by Anderson and/or some of his crew.

On the other hand, it’s the kind of in-joke that might tempt the writer, who is famously friendly with Anderson, and whose supposed cameo in Inherent Vice was much discussed, and not only on Reddit—in the New York Times, Logan Hill wrote that it “seems like the kind of sly prank that might amuse Mr. Pynchon, who has seemed to love hiding in plain sight since his spectacular rise to literary fame began.” (Anderson would neither confirm nor deny, but Josh Brolin would confirm: “He came on as the kind of mercurial iconoclast he is,” he told the Times. “He stayed in the corner.”) This feels like it could fit in the same category.

Either way, it’s a fun internet curiosity/endless rabbit hole for your Friday enjoyment—and quite possibly a smart bit of underground marketing, too.