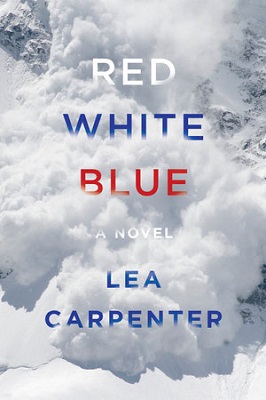 The following is from Lea Carpenter's novel, Red, White, Blue. The novel traces the intertwined fates of a CIA officer and a young woman confronting her dead father's past, going deep into the inner workings of the CIA, a China Ops gone wrong, and the collision between personal ties and professional commitment. Lea Carpenter is a Contributing Editor at Esquire and wrote the screenplay for Mile 22, a movie about the CIA's Special Activities Division. She lives in New York.

There’s terrorism and there’s long-term strategic interests. Some might say fighting terrorists is a clearer game, with a more immediately identifiable set of risks and rewards. Others will argue espionage in essence is about the long-range, about understanding enemies operating on a different clock. It’s chess versus checkers. Your father preferred chess.

China is the second-largest economy now, and gaining. Soon they will overtake us in everything. Even though it’ll be a while, they’ll eventually also overtake us in technological capabilities. The time it will take for that depends on how much they can steal, and how quickly. We say they’re trailing us, yes, but you see they can simply steal what’s new. Morality is a different concept to them. They’re not Catholic. They don’t have guilt. It’s almost imperative, in their view, to steal to get ahead, especially from foreigners. I am talking about a people I love. I am talking about a country I love. I am talking about a service I admire. If you have empathy, you can understand. It’s a question of culture.

Chinese intelligence describes itself as having a “thousand grains of sand” philosophy. What does American intelligence do when it wants to know what the beach at Cap d’Antibes is like. It enlists the National Reconnaissance Office to take and study satellite images of the Mediterranean. It orders the National Security Agency to bug phone calls coming to and from the area. CIA sends in a human agent, he or she walks around, eats a crepe, speaks to surfers. The navy commands a sub to troll the coast.

If Chinese intelligence wants to know what the beach at Cap d’Antibes is like, they send a thousand tourists there. “Tourists.” Each tourist collects a single grain of sand. Then those tourists return to China, and Chinese intelligence rebuilds that beach, at their base, one grain at a time.

The China Ops course takes place in a little white house on the Langley grounds. It’s exclusive. Say we have a case officer in Africa who’s beginning to develop a Chinese asset. CIA will invite that officer home and he can spend a few days in that house learning how to recruit a Chinese official. You’re not learning tricks, really. It’s more of an emotional, cultural education. You often have the Old Wise Men, senior officers working in China, come and talk. It’s cerebral, and not boring. In an office like China Ops, there’s no sharing or trust; it’s hard to learn. The little white house was an exception to that. There, people opened up. People talked about their lives and conversations had a different depth. at house is where I learned about the grains of sand. It’s where I listened to a lecture on Chinese prison protocols, delivered by your father. He knew some things. And he always cut the hard parts with humor.

We were taught about the Chinese “century of humiliation,” how even during the founding of the Communist Party, millions of Chinese died. We learned how in the eighties, China started to get its shit together and now she’s riding high. Look at a map. Hong Kong. Macau. Taiwan, soon. They have border disputes with every single one of their neighbors. Every truck you see in Africa is Chinese. That’s soft power. Now they’re in talks to build a base in Afghanistan, the Middle East, think about that. They have one aircraft carrier, the United States has eleven. Eleven isn’t so many more than one.

Americans may have the idea of being American, but not in the same way the Chinese have the idea of being Chinese. There are people who identify as Chinese who haven’t been to China for generations. Go to Vietnam, or Malaysia. You’ll find a lot of leaders in those places who self-identify as Chinese, and that has implications. My family originally came from Scotland but if someone said, “Hey, we’d like you to spy for Scotland,” I’d tell them to fuck off. Imagine a nation at once aggressive and untested militarily. Picture a child with a gun. Wait, a child with a nuclear weapon. This seems to me like a huge strategic problem. I mean, larger than guys running around Iraq and Syria waving black flags.

“If Chinese intelligence wants to know what the beach at Cap d’Antibes is like, they send a thousand tourists there. “Tourists.” Each tourist collects a single grain of sand. Then those tourists return to China, and Chinese intelligence rebuilds that beach, at their base, one grain at a time.”

Asia is interesting and important to CIA for a number of reasons. Malaysia was the place where all the key 9/11 hijackers met before the attacks. Indonesia was the place where the majority of Al Qaeda bombings, through its regional affiliate, Jemaah Islamiyah, took place in the early 2000s. And let’s not forget North Korea. I’d seen a thirty-year-old with an atomic bomb as a problem, not that age is always correlated with wisdom. Kissinger was barely forty when he served as foreign policy adviser to the Rockefeller campaign. Kissinger understood China. He knew China would never be a case of Here comes another bomb plot—let’s put measures in place to prevent it; the Chinese don’t think that way. To understand someone else you must see her as she sees you. To understand China you must see her as she sees you. Kissinger understands the answer to the question What does a problem look like when it cooks for a decade, or three, rather than an hour. It looks like the South China Sea.

In her early thirties, Anna attended the wedding of a family friend in Klosters. The groom was a young British filmmaker who had spent time finding himself after Oxford, and when he found himself he found religion, too. He had become a Buddhist. The bride seemed fine with that, and no one pressed back on what it really meant. The dinner following the ceremony, which had taken place in the small, stone village church, was on top of the mountain. Guests had to ride the gondola up, and while it was June, it was cold, and boys were offering girls blazers. The best man, who definitely wasn’t Buddhist, offered his to Anna. It was almost dark by the time everyone reached the top, where there were waiters in a long line as they exited the cars, each waiter holding a roll of colored fabric to offer to the guests. Unfurled, those rolls revealed themselves to be Bhutanese prayer flags. Anna watched as her old friends tied flags to a wire the bride had had suspended from two chairlift poles, her gift to the groom. “To bless the marriage,” she told people. Though even absent the blessing, the visual effect was stunning. Everyone angled iPhones to catch the colors against the light. Anna’s father put his arm around her and she remembered thinking he was going to say something about marriage, something about one day her prince would come, or maybe even something about her mother, who wasn’t there, who hadn’t been there in some time, speaking of prayers. Instead he said, “Belief isn’t for the faint of heart.” He wasn’t mocking the flags exactly, he was stating a case. Anna didn’t go home that night with her father she went home with the best man who was roguish and drunk so in the morning, over late croissants, her father expressed concern about her choices. This was becoming a talk they had regularly, as she entered the era when everything was seen through the lens of finding a future, and a family.

“Only, the thing is, I knew,” she said, deflecting, as if knowing made it acceptable, or painless. “I knew what I was doing.”

The hotel’s little breakfast room was filled with couples, ones who’d hooked up the night before which is to say ones who’d happily slept in. Anna imagined them all moving swiftly from flirtations and first kiss to a second then third child, haloed in the confidence that comes from getting it right. She had never had that confidence; she was chronically convinced she would never get it right, all evidence to the contrary. Which is perhaps why she so often threw the game.

“How are you,” her father said, breaking the silence. They hadn’t connected for a meal in some time; he’d been busy.

“I don’t know, I think I am slightly tired of waiting.”

“Waiting for what. One can’t rush it,” he said.

“Marathons, not sprints, darling. A marathon is a race,” he said. She was looking at the best man, who sort of careened into the room without acknowledging her. He possessed that obscene yet casual pride only the really pretty ones can carry off. She looked at him but she spoke to her father.

“When someone tells you who they are, you listen,” he said. And then he looked at the best man, who was lighting a Marlboro in sly disregard for rule. “People usually tell you.”

Within six months he would purchase the chalet in Switzerland and announce his intention to spend winters there. “Are you becoming a Buddhist,” Anna would tease. For years, whenever she thought about Switzerland, she thought less about prayers and more about that breakfast, what they’d discussed, this idea that people tell you who they are. As of people, so of things: A thing can elicit emotion, too, can tell you what it is, and you should believe it when it tells you. Sometimes a thing looks like a riddle when it’s a clue. Something that arrived in Anna’s mail after her father died, after the burial and the honeymoon, looked like a riddle but was actually a clue. It was trying to tell her something. You might say it was shouting.

From Red, White, Blue. Used with permission of Knopf. Copyright © 2018 by Lea Carpenter. 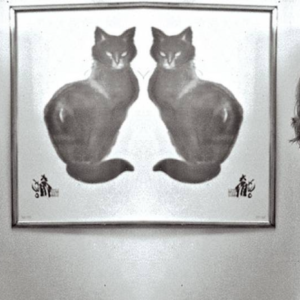 Lit Hub Weekly: August 13 - 17, 2018 “He had determination and a sense of destiny.” Dwight Garner on the complexities of V.S. Naipaul, who died on Saturday...
© LitHub
Back to top