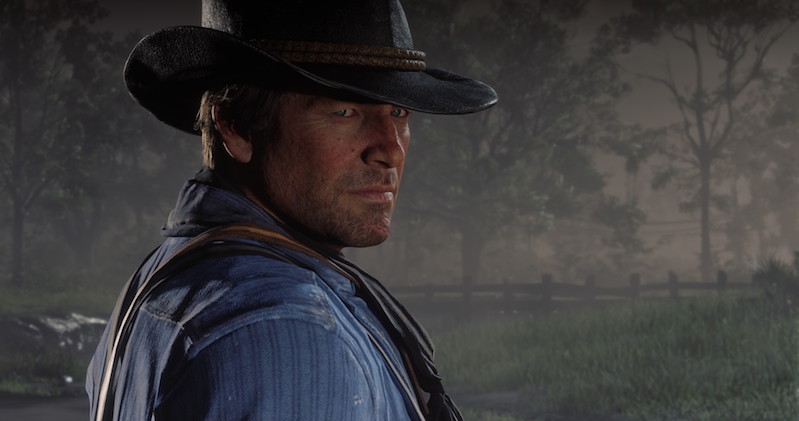 The following short commentaries were discovered in 1908 by Mr. Thomas Finnimore, scholar, as appendices to the journal of Arthur Morgan, a member of the now disbanded gang of outlaws led by Dutch van Der Linde, presumed dead.

Wellll, all these books lying around camp I figure I better read some before this cough gets worse. Ol’ Dutch has just about lost his mind, ranting about faith and us maybe taking the gang to live the rest of our days somewhere warm in a place he’s calling Tahiti. The Pinkertons are hot on us and folks are low in spirit. What a mess. Maybe I’d have ended another life sitting on a terrace with Mary Linton, reading until the sun went away…

All of these constructed illusions, and yet underneath he was just a little boy, naked before the God he no longer quite believed in, nor could quite abandon.

A dying Russian priest, Sergei, is talking to his brother, Andrei. I can hardly tell the difference. The priest is some kind of social pariah, an embarrassment to his country and his family. But for some reason, Andrei envies him. Says even though the world sees the man Andrei wanted himself to be seen as, only Sergei lived honestly. In other words, while Sergei was working with holy oil, Andrei was dealing out that of a snake. Guess the point is that European fancy life don’t have anything the countryside wasn’t already giving.

The American Inferno by Evelyn Miller

Dutch’s favorite author. Just about every time I see him in his tent he’s got one of Miller’s books in his hands. Wondered what it was all about. Can’t tell if this one is about animals, men, or gods. The writer says we all got a little of everything inside us. We act and we think about our acting, and that’s what makes a man. I do wonder what Mr. Miller has to say about a band of scoundrels that all they do is drink and shoot their thoughts away.

An American Eden by Evelyn Miller

We are not fools, for fools cannot see their idiocy. We are, somehow, worse than fools, for we will ourselves to do things of such profound stupidity despite knowing that we will hate what we have built.

The other Miller book that Dutch buries his head in. Miller admits his Inferno was bunk, just him liking the sound of his own voice. I am inclined to agree. I like this one a bit more. Miller is fond of American landscapes. I like them myself, though I suspect Miller is one of them types talks about the beauty of the bear from the easiness of a desk and not the forest.

The Case of the Deceitful German by Baron von Shwarzheart

A new adventure was about to begin. I knew it and Aldous Filson knew it. Even our rooms knew it, or they seemed to, as an expectant air hung about the place much like the fog, both hanging together, like two friends who live together and ejaculate together in surprise. And that, dear reader, is precisely what we did next. “My god!” I ejaculated. “Upon my word!” gasped Filson.

A mystery, one of Hosea’s. In the sense of the story type and what it was the author was trying to say. Goes over my head. Aldous Filson is a smart fella who seems like he can do just about everything a normal man can’t. No one I’ve met anyway. He figures out crimes before anyone else and acts a jackass while doing it. He’s what you get if someone like Micah had a brain.

The Castle Above the Glen: A Highland Romance of Olde Scotland by Mrs. Hescott Childers

No, Sir Nigel, I shall never marry you, not while my true love, Angus, The Moffat of Moffat lives. Deny me, sir, that he lives. Look me in my green eyes and tell me the truth.”

Marybeth sure loves her love novels. If I am honest, which normally I am not, I do sometimes read this one by the light of my lantern, once I’ve checked everyone’s asleep, and try to return it by morning where I found it on Marybeth’s part of the wagon.

Otis Miller and the Black-Hearted Lady (No. 128 in a series of original tales of Otis Miller’s Adventures)

She motioned her horse over the scree and blinked into the sun and spat again. He followed her down the gully, through some scrub brush and past the charred vestiges of a wagon long since burned and the remains of a driver still sat in the seat having been picked clean by buzzards.

Got this one for little Jack. I think he’s still too young to know that I had my own run-in with the “black-hearted lady,” Black Belle herself, an old outlaw still running. Her aim’s still true, and she’s just as bloody as they say, but for now I think it’s best Jack just keep his mind on the tall tales.