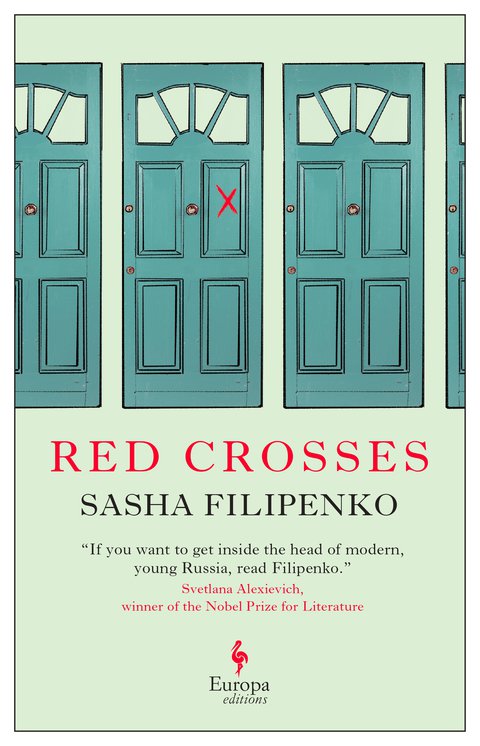 The following is excerpted from Sasha Filipenko's new novel, Red Crosses, translated by Brian James Baer and Ellen Vayner. Filipenko, born in Minsk in 1984, is a Belarusian author who writes in Russian. After abandoning his classical music training, he studied literature in St. Petersburg and worked as a journalist, screenwriter and author for a satire show. Sasha Filipenko lives in St. Petersburg.

The move took place at the beginning of 1920. While reasonable people were leaving the country, the Belys were moving in the opposite direction, toward the storm, into the epicenter of history. They didn’t meet any new or fundamentally different people, but on the first day they came across three marching bands.

“What are these marching people so happy about?” the nannies asked in surprise. “They have no water, no gas, no electricity. All they have to brag about are government-issued cigarette holders that freeze to their lips!”

“Just wait, my dears!” my father said cheerfully. “Let’s see what you have to say in a year.”

“You promised that we were coming to a country where ordinary people are happy, but all we’ve heard about so far is uprisings.”

There was famine in Moscow. But Tatyana Alexeyevna’s father seemed untroubled by that. There were certain people who were constantly helping his family out. Alexey Alexeyevich never called them by their real names; all we heard in conversations were their nicknames. Tatyana remembered only two of them: Old Man and Lukich. She didn’t understand what exactly her father was doing, but it seemed that his frequent business trips to Europe were a matter of national importance.

At night, after putting the little girl to bed, the nannies would whisper in the next room:

“My God! Doesn’t Alexey Alexeyevich see? Why doesn’t he understand that it’s impossible to change or to save these people? He’s constantly talking about new people, but doesn’t he see that these new people are sprouting from dead soil? Of course, the Reds won’t hold on to power. I’m sure there will be total chaos here for decades to come.”

While reasonable people were leaving the country, the Belys were moving in the opposite direction, toward the storm, into the epicenter of history.

“I don’t know . . .” the French nanny would answer. “It doesn’t seem so stupid to me anymore. It looks like Alexey Alexeyevich is indeed more astute than we are. The royal family has been executed—this country will never be the same. I think the Reds won’t leave. It’s hard to believe that Admiral Kolchak visited us in London just a few years ago, and now they’ve put him down like a dog.”

“What’s even harder to believe is that Alexey Alexeyevich is on the same side as those people. Oh, we can only hope that it doesn’t all end in tragedy . . .”

Unlike her nannies, Tanya liked Moscow from the start. Like Alice in Wonderland, she’d fallen into a fairytale dream.

“The provinces of humanity,” her French nanny would say sarcastically.

“The suburbs of common sense.”

“A government that has yet to have its confirmation ceremony.”

While her nannies were practicing their witticisms, Tanya was studying Moscow with great interest. Dinners, Borjomi mineral water, appetizers, and drinks. Newly hatched Soviet people. Bigmouthed comrades beating drums and waving red banners. The nannies would cover their ears while little Tanya, frozen in place, would try to read the words written in white letters, “Proud of our newly installed machinery!” How about that! Tanya would look at the people, wishing she could carry such a huge red flag. And really, how could a child not like a country that was building infantilism?

Every day they went to the newsstand. While Soviet men stood in line to buy Pravda, her nannies bought Znamya, Moskva, and Severnoe Siyanie. After completing their daily ritual, they would take this mountain of paper and go on their walk. It was all so thrilling! And Tanya would periodically come to a halt in order to sound out some new word.

“It’s not important!” the old women grumbled in unison.

“They sent me to ‘The Fourth,’ an experimental school of aesthetic education. A semi-boarding school. They kept us busy all day long. General education subjects were before lunch; drawing, eurythmics, and sculpture—after. One evening, a friend of Papa’s asked me where I studied, to which I replied, “In a school for the children of gifted parents.” A rather accurate slip. In reality, it was exactly that. They didn’t take just anyone. Only the progeny of the Soviet elite studied there. When the ordinary citizens of this new country heard our parents’ surnames, they’d pass out, but what did we care? Kids will be kids . . .”

While Tanya sculpted squares, her father, Alexey Alexeyevich Bely, spent all his time in Europe. In 1924 he had to move again, this time to Switzerland. Bely traveled between Geneva and Berlin, and Tanya, despite a gaggle of new tutors, was left to her own devices. Bern, Lausanne, Zurich. Castles, mountains, cities. She traveled through Switzerland with her new tutors and couldn’t imagine that one day she’d return to Moscow.

Tanya spent the spring of 1929 alone. Her papa stayed mostly in Zurich while she spent her time in Ticino, in the Italian-speaking region of Switzerland. Bellinzona, Locarno, Chiasso. With her drawing paper and chalk pencils, she would travel to a new little town almost every day. Once—for some reason she now thinks it was on a Sunday—Tatyana went to Porlezza, a small Italian village on the border with Switzerland. A dozen stone houses, and one and a half churches. Everything was as it should be: wine, sycamore trees, and the tolling of the bells. She was drawing on the quay when a handsome young man approached her. He was tall, with black hair and olive-skin, and he suggested they go for a walk. “Why not?” Tatyana Alexeyevna thought. Their conversation consisted of jokes, the history of the village, and a discussion of the new man. Nothing special—an idle but charming exchange. She told him about Russia, and he confessed that he’d never even been to Milan. They spent the whole day chatting, and Tatyana, realizing she’d missed the steamboat to Lugano, decided to stay in a little albergo on the tiny Via San Michele.

She looked at the lake and tried to record it in her memory, as it seemed to her there would never be anything better.

They had breakfast the next morning. Coffee and unbelievable pastries, so good you’d sell your soul to the devil for them. He was looking right at the bridge of her nose, and, embarrassed, she looked down. That same day they got some stale bread from a small restaurant and went to feed the swans that were sitting on the grass. She looked at the lake and tried to record it in her memory, as it seemed to her there would never be anything better. And when the bats came out at night, she wasn’t even scared—it was so peaceful there.

A few days flew by. The young lovers hiked in the mountains and fished, dove off the cliffs, and kissed. Tatyana understood that this Italian would be her first man, but unfortunately, on the evening when it should have happened, an awful thing occurred—Tatyana Alexeyevna Bely sneezed.

“Some phlegm fell on the sand, right near our feet. To put it crudely, a huge green ball of snot flew out of me. It was so embarrassing! I wanted to run away, but I was so ashamed, I couldn’t move. Can you imagine a more horrifying situation? Just think about it: a girl, she’s in love, and suddenly there’s this ball of snot!”

Romeo tried to be a gentleman. He stepped on the phlegm and began rubbing it into the sand, but this only made things worse. Now the snot was not only on the ground, it was on the sole of his shoe. Romeo smiled, tried to make a joke, and asked how to say it in Russian, but Tatyana broke down in tears. Never before had she cried so hard. Romeo tried to hug her, but she pushed him away and ran toward the hotel.

For several days, Tatyana Alexeyevna cried in her room. Romeo stood under her balcony, but Juliet didn’t open the blinds. Juliet had a runny nose and a fever of 102; she was mortified. A doctor came to visit her and, seeing the various pills in his pretty leather case, she wanted to swallow them all. After the doctor left, the concierge knocked on her door. A stranger, he was nonetheless concerned, and asked her to have pity on the unfortunate Romeo and let him in. A Russian family had moved into the room next door. White emigrés, they would spend hours discussing the role of great literature. Having run out of money, they couldn’t continue those conversations in Switzerland, and so they took their discussion of the purpose of Russian literature to this Italian village. Sitting in her room, Tatyana Alexeyevna leaned against the thin wall, wiping her runny nose while listening to the idea that the task of Russian writers was (first and foremost!) to demonstrate the capacity and range of the great Russian language. Before her eyes was the image of Romeo spreading her snot across the sand, while a woman on the other side of the wall kept insisting that a writer must speak broadly and powerfully while protecting tradition. “We don’t have great books anymore!” the woman behind the wall concluded. “Our novels, except for Papa’s, are dull and extraordinarily simplistic. We live in an unbelievably barren age. In the last few years we’ve seen (I repeat, not counting Papa’s book) maybe one or two good books, two or three decent ones, and about five that are passable.”

“The night before my departure, my beloved climbed through my window. I began screaming so loud, he only had time to toss me a letter before jumping back out the window. From his note I learned that he would wait for me all his life, that he’d wait for me not in Verona, but here, at Lake Lugano, in the small Italian town of Porlezza. ‘Okay, we’ll see,’ I thought.”

Excerpted from Red Crosses by Sasha Filipenko, translated by Brian James Baer and Ellen Vayner. Reprinted with permission of the publisher, Europa Editions.

Jose Hernandez Diaz on the Surrealism of Prose Poetry 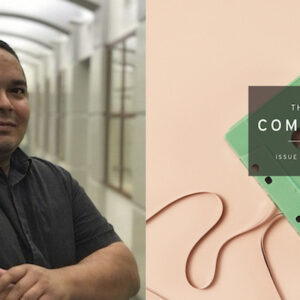