It’s a plain gray journal, fabric with bound pages—my husband’s favorite, because they lie open flat. He was the one to leave the journal for me in the psychiatric ward. He’d asked the staff if I could have it. I’d found it tucked under my pillow.

The journal was a way of finding order after a psychotic episode where my sense of time and reality had been scrambled with visions of the apocalypse and the belief that I was experiencing a simulation, surrounded by animals and voices and demonic faces. The journal was also my first clue of what was real.

I remember the feel of the soft paper. On the front page, my husband had written the date and year and the name of the hospital in his precise handwriting. In doing so, he’d given me a bearing.

In the ward, I was the girl with the notebook tucked under my arm. It made me a target of suspicion: What is she writing about? I had been allowed a pen, a privilege not given to many. Writing in the journal was a way of escaping from the feeling of suffocation and ignoring the ward around me; I could judge the passing of hours by the feel of a pen on a page.

But, most importantly, the journal was a tentative effort to reconstruct myself from the things I knew to be true. I drew my family tree over and over again, childlike smiley faces to stand in for my parents, my brother. In the middle of each, I would draw a triangle, my husband and me, and my three-month-old son.

The act of reconstruction was something I looked to when I first started to write a memoir. I had gone through psychosis in February, and it was May when I first tried to put it together as a narrative. The months in between had been spent mostly in bed, in recovery, pulled down by a deep depression. I had initially planned to write an article about psychosis, but the more I tried to write, the less it made sense.

In the journal I had felt that I was writing myself into existence. I had been trying to capture each moment, each passing emotion.

I realized that it needed to be a book, because in order to show what had been broken, I needed to narratively build a life and an individual before showing the way they had shattered. I approached the writing of a memoir as an investigation. I had spent so many hours trying to capture myself in a journal, and now I had to translate it, to distill it into a narrative.

I remember that one of my writing professors said that in fiction, you write to find the truth, but in writing memoir, you have to begin with truth. I wondered about this. What was that place of truth? Could I know what was true if I wasn’t sure of who I was? And if you begin from the truth then where do you have left to go?

When I was rereading my journal, I believed that the truth began from the opening pages, where I had written a list of the things I knew to be real. And so I began there. I wrote about myself in the ward, about the fragments of things I knew to be real. And then, slowly, I brought in the other strands of my life: my memories, my past, the stories I’d heard as a child. I wasn’t sure what to include, but I found myself writing about a violent ex boyfriend, the Korean fairytales my mother told me, memories of my husband, being pregnant, and the early days of taking care of my son.

I was building a self. And then I knew I had to start writing about the madness, about the moment when the self was shattered. I wanted the narrative to show how it felt to be completely unmoored from oneself, to have “the self” blown apart in the way that psychosis does. When suddenly, your mind is not something to be trusted, the barriers between reality and the subconscious are broken, and there is just the pulsing experience and imagination meeting as one.

In the journal I had felt that I was writing myself into existence. I had been trying to capture each moment, each passing emotion. The journal was a groundwork, sediment—even the act of writing in it was physical, I can follow the heaviness of the ink, the underlining of words and capital letters. The writing of the book felt much more mechanical. I was typing on a laptop, dutifully working each section in Scrivener, pulling it apart and putting it back together again.

I wrote the first draft in a couple of months. I had never felt that kind of focus before. Perhaps it was because it was a memoir, and so there was nothing I had to create; I only had to uncover, to excavate.

When I was a child, my father used to try and explain his topological research to us, it was the study of shapes and surfaces. He’d make drawings, bending paper and ask us to envision things in different dimensions. I never could, I could only understand what was flat, what could be captured in words. I remember he tried to show us the way that a sphere could be turned “inside out” in an eversion, a mathematical paradox.

I think I understand this more now. I felt that in the act of writing, I was only inhabiting myself after beginning from a place of truth. I’d thought that the truth was a path to follow, something linear, but in actuality it was a form of turning myself inside out, a reconstruction of self. 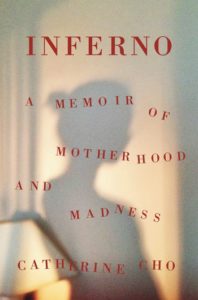 Inferno by Catherine Cho is available via Henry Holt and Company.

Catherine Cho works in publishing. Originally from the United States, she's lived in New York and Hong Kong, and she currently lives in London with her family. Inferno is her first book. 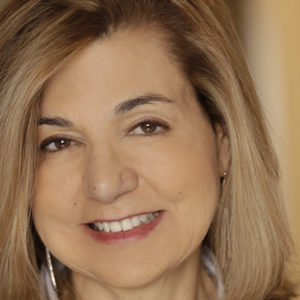