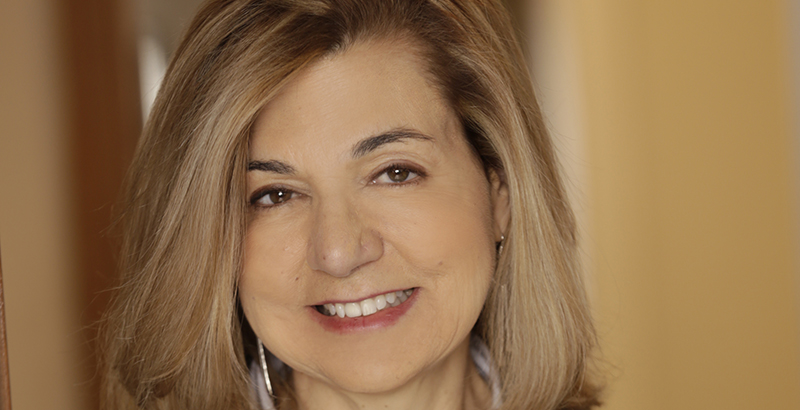 There was a time, and it wasn’t that long ago when newspapers could easily have a 30 percent profit margin. Places like car dealers and grocery stores were able to get their message out. But then, the internet happened and kicked the legs out from under the entire business model.

Washington Post media critic Margaret Sullivan joins our podcast to talk about her first book, Ghosting the News: Local Journalism and the Crisis of American Democracy. The story Sullivan tells is not a happy one, but this is a book meant to give rise to hope, not despair. She points the way to solutions. That requires first taking a sobering and clear-eyed look at the problem.

Nicholas Lemann: So let me first confess that I don’t know if you have this problem, but I know a lot of people who aren’t journalists and it can be tough at times … [that when] I talk to them about your book, I often get this kind of reaction. They say, I don’t know what you’re talking about. First, the big problem in journalism is that the media is treating Donald Trump with kid gloves, and why weren’t you publishing a book about that? And second, there isn’t less journalism. There’s more journalism than ever. I feel like I can’t get away from journalism. So I’d like you to start by pushing back against those kind of arguments. You may get them, too, if you have the same issue of knowing people who aren’t journalists and give us a sort of reality check on that.

Margaret Sullivan: Well, there is a great deal of information out there and people do feel overwhelmed by the news. So let’s start with that piece of it. But this issue that I’m writing about in Ghosting the News is a subset of all of that news, and it has to do with local journalism. It has to do with journalism that has traditionally been done largely by regional newspapers. The Miami Herald, The Cleveland Plain Dealer, The Seattle Times, and also, of course, by radio and television stations and by weekly newspapers that are smaller and serve smaller communities. It is that subset that is under siege in a very, very extreme way because it’s been hit very hard by the economic and social and technological issues that went to the heart of their business model.

So the business model. Let’s talk about mostly right now, at least about newspapers. The business model for these local and regional papers was about 75 percent print advertising revenue and about 25 percent or a little bit more of subscription revenue. There was a time that wasn’t that long ago when newspapers could easily have a 30 percent profit margin because this was the way advertisers like car dealers and grocery stores and others were able to get their message out. But then something happened and that something was called the Internet. And it, along with some societal changes, has really kicked the legs out from under the business model of newspapers.

As far as the question of what’s the biggest problem in the media world right now, it is a problem that Donald Trump puts down the media and adds to the mistrust and distrust that people feel in their news sources. And it is a problem at times that the news media have treated him with kid gloves. No, I don’t dismiss those things, but I think when we’re talking about an informed citizenry that can go to the polls or do whatever they need to do in their communities, this actually may well be, and I think is, the most important journalism and media problem we have right now.

Nicholas Lemann: I certainly certainly agree with you about that. Before we get into some of the details, let’s just talk some more about your own personal story. Why, how, and where did you go into journalism yourself?

Margaret Sullivan: When I was a kid, probably a freshman in high school or something like that, the Senate Watergate hearings were taking place. My dad was a lawyer and my mother was a schoolteacher, and I have two older brothers. We were all completely mesmerized by what was happening in national politics. We were sitting around the living room TV watching this. You know, I was a kid, really, but I was very compelled by it. And I remember having a conversation with my eldest brother, David, in which he said, you know what? What are you interested in doing someday? And I said, well, I really don’t know. And we talked it through a little bit, and in a moment, somewhat reminiscent of that famous moment in the movie The Graduate where the word plastics is uttered my brother David pointed at me and said journalism. And he was right, and I don’t think I’ve actually looked back.

I was the editor of my high school paper; I’ve been doing this thing for a very long time. In terms of professional development and professional experience, when I got out of graduate school—I went to Georgetown for undergrad, and then Northwestern Medill School for a master’s degree—I had summer internship offers at the two papers in my hometown of Buffalo. I asked my dad what I should do, and he said, well, I think the Buffalo Evening News is the dominant paper. So I took the internship at the Buffalo Evening News, which then had been recently bought by Warren Buffett, the financier and sage of Omaha, as he is sometimes called. And within about two and a half years, the morning paper, the other paper [in Buffalo] was out of business. So my dad was right. Sometimes dads are right, and it’s great when they are.

Nicholas Lemann: Why are you so hung up on newspapers? Why don’t we just let the newspaper business go out of business? And then, you know, other news organizations that don’t operate in that medium will spring up and fill the gap.

Margaret Sullivan: It should not be an either or a both, and there is no question that the digital-only or digital-first media organizations that have sprung up, many of them non-profits, are hugely important and will become more and more important. We have to recognize just how huge a factor they are, and they’re big at the same time. Even now, in their shrunken, weathered state, regional newspapers are doing some of, if not, the most important journalism in communities. I mean, think about, for example, what Julie K. Brown did at the Miami Herald in drawing a huge amount of attention to the Jeffrey Epstein story. And there are countless examples like that. Even now, the Pulitzer Prizes largely are recognizing newspaper journalism in their local news categories. Newspapers are set up to do this kind of public interest work very well. It doesn’t mean that others can’t and aren’t doing it. But it does to me mean that I don’t want to just throw out newspapers and say that ship has sailed, but rather to try to shore them up as much as possible while also supporting and nurturing the new stuff.

Nicholas Lemann: So that leads to the question of, what do we do now? You talk about that in the book. You traveled around the country a lot. So what are you seeing out there that’s hopeful of what is happening or could happen?

Margaret Sullivan: Well, probably the most the most hopeful aspect has to do with nonprofit newsrooms that are in many cities now. And I think the prototypical one is in Austin, Texas. It is the Texas Tribune. The Texas Tribune does a tremendous job, particularly covering state government, and they’re funded by philanthropy, by membership, and by running this big event every year. And it makes a couple of million dollars for the news organization to do its thing and to have scores of people now doing the work. And it has nothing to do with a newspaper or print. Smaller ones are all over the country and they are extremely important. And the more the merrier, for the most part with them. There’s one in Buffalo called the Investigative Post and there’s about four reporters and they break stories all the time. I mean, one interesting thing about these places is they tend to be a little more nimble and a little less hidebound and maybe a little less tied to power than the newspapers have been. So they really do a very good job. That’s important. But that system is hard to make scale. As one of the sources in my book told me, capitalism scales. There’s probably not going to be a little mini-ProPublica or many Texas Tribune in every city or town, especially the smaller places that have lost newspapers. So there’s a downside to it. There’s a limitation.

Margaret Sullivan is the media columnist for The Washington Post, the former public editor of The New York Times, and the former chief editor of The Buffalo News, where she started her career as an intern. She is a former member of the Pulitzer Prize board. She lives in New York City. 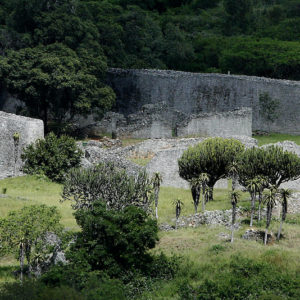