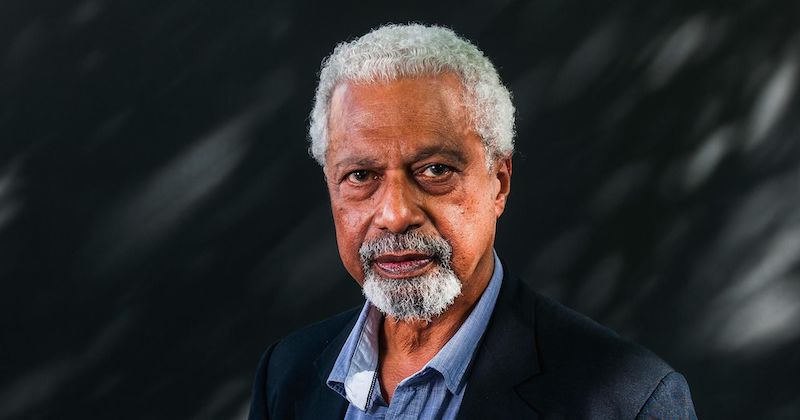 The following remarks were delivered as a part of the PEN World Voices Festival opening night.

“What makes people, apparently small in stature, feel assured in themselves regardless of the disdain of others?”

Some weeks ago I was reading Abdulrazak Gurnah’s Nobel address to the Swedish Academy, which took place in December last year, when I came across these words. They chimed with me, because I had been thinking and discussing just such matters in the days before.

I was in Iceland, a country of writers, land of the Sagas and Norse myths. The day before I had dined with a group of artists, the hosts were friends of mine, and I had been seated next to an Icelandic writer of some repute. Some of you here may know him, for he is the President of PEN in Iceland. Sjón was interested to tell me about Iceland’s experiments in diversity, particularly the emergence of some, a few, new voices on the literary scene. These were the voices of immigrant writers, or writers who were the sons and daughters of immigrants.

Icelanders had done a good job of ignoring the existence of many immigrant groups up until now, he told me, referring to the Poles and Germans who had arrived in the second half of the last century. But the newest arrivals, Romanians and, he said, refugees from countries in South America, could not so easily be ignored. To him this rupture, this unsettling, was all to the good, for it had begun to complicate the Icelandic narrative.

As we talked he told me how Icelanders liked to think of themselves as Nordic, but recent DNA analysis was showing many different strains in the collective heritage. This did not seem like news to me, for the reason that my own DNA test results had shown me to be one percent Icelandic. If newcomers were not arriving in Iceland, I remarked, Icelanders were certainly getting elsewhere.

The story of cultural and racial homogeneity is, in world terms, a new story masquerading as an old story, we agreed. When I say new, I mean new by a few hundred years, one that easily and quickly became the prevailing myth, but does not withstand the test of deep time. Icelandic writers were part of the creation of that myth. Now they were, perhaps, to be part of its destruction.

“What makes people, apparently small in stature, feel assured in themselves regardless of the disdain of others?”

In his speech to the Swedish Academy, Abdulrazak Gurnah talked about the construction of “new” and “simpler” histories, created to suit the narratives of those who hold power in a society at a given time. This has necessitated the attempted erasure of the narratives of other, less powerful people. Gurnah was referencing colonial Zanzibar, where he was born and raised up until the age of 18.

“We grew up and were educated in that period of high imperial confidence, at least in our parts of the world, when domination disguised its real self in euphemisms and we agreed to the subterfuge.”

Two decades later, I was growing up on the other side of the continent, at a time when those narratives were starting to be challenged and stripped of euphemism. Their intent to demean us, the subjugated, and to elevate those with power, was being revealed.

Thus it is that the idea that governments lie, that news is biased or even “fake” has never caused me the same apparently existential headache I am just now witnessing in others, most often in others who had never had a reason to question what they were asked to believe.

To Sjón, in Iceland, I pondered this. What must it be like to face, for the very first time the idea that the story you have been told is not your true story? I said that I had grown up in a colonized country: Sierra Leone, two if you count Scotland, which we should. And that I had some memory of the first time I came to that realization, but that having learned so early to critique popular and official narratives, I had all but forgotten what it was like to take them at face value.

Many of the stories I grew up reading, those not written with my psychological good health in mind, resonated differently with other children in other countries, in Great Britain and America, for example. It has taken me perhaps longer than it should to begin to imagine how that might be. Here I am, a writer, suffering a failure of imagination. What could it possibly be like, not just to ride in the steamboat, but to own it too? In the comic strips, the movies, the novels, it is always you who slays the dragon, always you who gets the girl, always you who makes millions, who saves Metropolis. Who saves the world. Always you!

What was it like, I wanted to know, to be at the center of every story you read?

My dining companion set down his glass and looked at me. “I guess that’s me.” And then, “I’ll have to think about that.” And I asked him to promise to let me know.

Stories make us. Writers know this. Historians and politicians, too. Psychologists call it “narrative identity.” But to be effective, or at least durable, a suit of stories must be constructed out of the right materials, must be strong yet flexible. The stories may contain doubt, may question—for that is the work of an honest story—but should never invite delusion.

In that single line a writer was telling me something, as if in a language we both spoke. I knew this was a writer I could trust.

So when Abdulrazak Gurnah asks: “What makes people, apparently small in stature, feel assured in themselves regardless of the disdain of others?” We know he is talking about our stories, which are strong, for having been stress-tested, to use a modern word, over many centuries. And in surviving so much and for so long, they have taught us a way of seeing the world for what it is. To see what is really there.

“Just as I learned to read with greater understanding, so a desire grew to write in refusal of the self-assured summaries of people who despised and belittled us,” he says.

In By the Sea, Gurnah’s sixth novel, published in 2002, a man claims asylum at a British airport. The man is interrogated by a British immigration officer by the name of Kevin Edelman who, at one point, asks about a mahogany casket, one of the few items the man has carried with him from his homeland, for the reason that he cannot bear to leave it behind for all that it represents. The casket contains Ud al qamari, a perfume. The immigration officer places it carefully on the table next to his elbow.

“When I looked up again, I saw that he would steal it from me.” Already the man knows more about Kevin Edelman than Kevin Edelman knows about him, for the man seeking asylum has not even revealed his true name. That sentence, that scene, have both stayed with me throughout the two decades since I read them. When I revisited them recently, I found I had remembered them almost verbatim.

In that single line a writer was telling me something, as if in a language we both spoke. I knew this was a writer I could trust. One who had the power to fracture the distorting mirror that belonged to those who would see themselves reflected therein, the Kevin Edelman’s of the world. He, this writer, knew them better than they knew themselves. And that is the power, and make no mistake—it is a super power—that belongs to and by which those of us whose place in the world is small because of the circumstances of our birth, feel assured of ourselves—regardless of the disdain of others. And for this we are grateful to the writers and the storytellers, to Abdulrazak Gurnah.

The casket contains more than a perfume. It contains a story. And that is something Kevin Edelman cannot steal. The casket is gone, but the story remains. And when the man who is seeking asylum eventually exits the room, he will leave the immigration officer and the casket behind, but the story—the story he will take with him, for it is the story of who he is.

Someone wants to pay you $200 for every novel you read. Really! 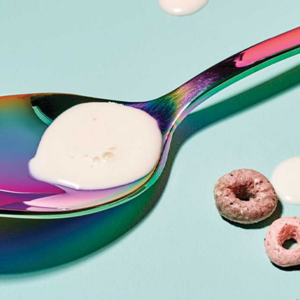