Rebecca Solnit: ‘We Live in a World That is Not a Democracy of Voices’

This week on The Maris Review, Rebecca Solnit joins Maris Kreizman to discuss her new memoir, Recollections of My Nonexistence, out now from Viking.

On the meaning behind her new book:

Rebecca Solnit: We live in a world that is not a democracy of voices, which I think is my great feminist ideal, not to silence anybody but to give voice to those who haven’t had enough and to not give others so much voice that they can use it to talk over silence, discredit others, which is what’s happened so much around violence against women.

On finding her voice:

Rebecca Solnit: One thing that I hope people notice in this book is that I described some awful things that men did to me in publishing as well as in physical menace and threat and assault, but the crux of those stories isn’t that this guy was following me home late at night in a very threatening way, that this person got mugged, that I had a deranged publicist trying really hard to borrow a book, or that when I told people they just looked at me and conveyed in elegant, sophisticated ways, Oh, little girl, you young women are all so overwrought. You don’t know what’s what. You just calm down. Which was a way of saying, Fuck you. It didn’t happen. We’re not interested. We’re not going to listen to you.

That’s what’s happened so much. It’s not that one person does a terrible thing. They get away with a terrible thing because everyone else around them props them up and shuts her down. I had that experience in professional as well as street encounter-related situations. It matters and matters.

I’m only now beginning to realize that essentially as a young woman, I had no voice. I had no voice to say, no, leave me alone, because that only makes them angrier. I had no voice to say this just happened to me because people treated me as a person. As I was writing nonfiction books of history, as a person who didn’t really know what just happened with that person on the phone and what just happened yesterday. That happens to all of us. And this book is so much not about what’s exceptional about my experience, although I’ve had a peculiar trajectory as a writer and as a person, but what’s ordinary about it? What is the condition of being voiceless, of being the nobody who knows?

On why we need to change everything:

Rebecca Solnit: So many memoirs are framed as personal in the sense that what happened to me happened to me personally and I addressed it. I left my abuser. I went through some sort of liberating therapeutic process to overcome, to heal, to resolve, and to move on. What I really wanted to say is like, no, because I was not just impacted by what almost happened to me and what could still happen to me and what did happen to me. I was impacted by what happened to women like me, by which I mean all women, not just my kind of white girl back then. It could still happen, and the only solution I think is adequate is to change everything.

Rebecca Solnit is the author of more than twenty books, including A Field Guide to Getting Lost, The Faraway Nearby, A Paradise Built in Hell, River of Shadows, and Wanderlust. She is also the author of Men Explain Things to Me and many essays on feminism, activism and social change, hope, and the climate crisis. A product of the California public education system from kindergarten to graduate school, she is a regular contributor to The Guardian and other publications.

The West in Pieces: On the Reimagined Grammar(s) of C. Pam Zhang 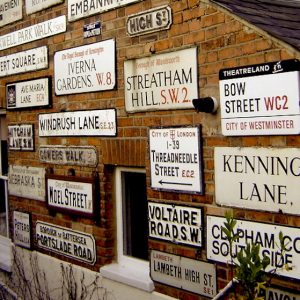 Nigel Baker is a professional freelance archaeologist and sometime academic at the University of Birmingham in England’s...
© LitHub
Back to top