Creativity and Advocacy Are No More (Or Less) Selfish Than Motherhood

The labor lawyer I know sees her work as an act of solidarity, though she collects a salary for it, and the climate organizers I know collect salaries and care about the fate of the world, and the doctors and nurses I know want to make a living and maybe have nice things and do it their way, as do we all, but also want to save lives when they can be saved and comfort the dying and improve their journeys when they can’t and are so passionate about what they do they also do it for free often and offer their services and skills as a matter of course in emergencies.

Writing is also work that straddles this divide; we want to plunge into our own depths, and we want to make something beautiful that will change the world, and we hope that it will not only do that but change it for the better, and if we’re lucky we make a living at it. Anyone reading this at Lit Hub is almost certainly someone for whom a poem, an essay, or a book has been a life raft onto which they clambered in an emergency. And yet the selfishness of writers is a recurrent motif, one I wish I could tie lead weights to so it would never bob to the surface again.

I liked most of Claire Dederer’s Paris Review piece, “What Do We Do with the Art of Monstrous Men?,” sent to me by a woman friend, a brilliant and dedicated climate organizer. I liked it until most of the way through when she quotes Jenny Offill’s idea of the art monster:

“My plan was to never get married. I was going to be an art monster instead. Women almost never become art monsters because art monsters only concern themselves with art, never mundane things. Nabokov didn’t even fold his umbrella. Véra licked his stamps for him.” […]

The female writers I know yearn to be more monstrous. They say it in off-hand, ha-ha-ha ways: “I wish I had a wife.” What does that mean, really? It means you wish to abandon the tasks of nurturing in order to perform the selfish sacraments of being an artist.

Of course lots of men who managed the accounting department or designed machine parts or watched TV all day were selfish and had their wives do lots of things for them; selfishness is not particular to artists—or to men, and there is no shortage of examples of selfish women. Maybe there’s a special kind of Bohemian-dude selfishness, which the idea of the genius—the person who is more special and important than others—encourages.

Rosemary Hill recently wrote about Ida and Augustus John and their awful early 20th-century marriage, “The bohemian man may have idealised women as muses and models but he was unhampered by bourgeois obligations to be faithful or to earn money, though rarely was he so unconventional as to undertake any housework or childcare. The bohemian woman with children was as much shackled to domesticity as any solicitor’s wife, but without the staff a middle-class household would command or the security.” But in my experience lifestyle bohemianism and creative production are as often enemies as allies.

Is selfishness necessary to art, more than other things? My labor lawyer friend’s kids hate that she travels so much, but she does, and her husband holds down the fort when she’s gone, because you don’t actually have to be female to be a primary caregiver or even an equal partner in caregiving. And she’s not selfish to earn a living or to care about laborers as well as her spectacularly gracious and charming kids. Here in the Bay Area, stories of the obscene hours a lot of people in tech work are old news, and the single mom in my family is usually working two or three jobs to keep the kids housed and fed. I’m not sure I know any stay-at-home moms locally.

There is certainly more self involved in artmaking, or some kinds of it, in that it is often solitary, usually introspective, and sometimes personal, but that plunge into the depths may be as much about dismantling the blithe vanities of the unexamined life as celebrating yourself. Even though you write out of a deep solitude, you generally write because you want to say something to other people, and you secretly hope it will benefit them in some way, by offering pleasure or new insight into the familiar or visions of the unfamiliar or just descriptions of the world and our psyches that make the world new and strange and worthwhile again.

You make art because you think what you make is good, and good means that it’s good for other people, not necessarily pleasant or easy, but leading toward more truth or justice or awareness or reform. I write nonfiction and know a lot of journalists, political writers, and historians, whose efforts tend to be more overtly geared toward changing the world but I believe this is true of poets too. This weekend a friend sent me a Neruda poem to celebrate the king tides—the exceptionally high winter tides we get here—and though it’s hard to say the way this might help someone, it helps me to read:

the disdain, the desire of a wave,
the green rhythm that from the hidden bulk
lifted up a translucent edifice

Because pleasure is part of what gets us through and helps us do what we’re here to do. Because the political struggle is to protect the vulnerable and the beautiful, and paying attention to them is part of the project.

Maybe, as a female writer, you don’t kill yourself, or abandon your children. But you abandon something, some nurturing part of yourself. When you finish a book, what lies littered on the ground are small broken things: broken dates, broken promises, broken engagements. Also other, more important forgettings and failures: children’s homework left unchecked, parents left untelephoned, spousal sex unhad. Those things have to get broken for the book to get written.

Dederer’s framework seems to suggest that to be a woman is to be a mother and daughter and wife, and each of those things means being endlessly obliged to others. It postulates that creative work is in conflict with personal life, and men who have epic creative lives are skipping other stuff that women can’t without—her verbs crunch with harshness: abandoning, forgetting, failing, breaking. The idea that you “abandon some nurturing part of yourself” suggests that you can’t be kind and supportive and write, and that the kindness part of women’s lives is inevitably onerous.

It’s a conservative framework in an essay that looks askance at political engagement as another form of selfishness—my climate activist friend had sent me this line from it: “When you’re having a moral feeling, self-congratulation is never far behind. You are setting your emotion in a bed of ethical language, and you are admiring yourself doing it.” But people bent on admiration admire themselves at least as much for being worldly, libertine, sophisticated in tolerating some bit of outrage or for being neutral and disengaged; those who like to congratulate themselves find many ways to do it. And self-enhancement is hardly an adequate reason to devote one’s life to organizing farmworkers or protecting the Arctic National Wildlife Refuge, to cite two things people I know are doing. Selfishness is what seems to be at stake here, and being both an artist and an idealist are being put forward as selfish acts.

My friend the Buddhist teacher Roshi Joan Halifax, whose forthcoming book Standing at the Edge is an extraordinary handbook for how to survive being compassionate and engaged, for how to care for others without making yourself a human sacrifice or just botching the job, is, like me, not a mother, a daughter, or a wife. She is loved by and cares for hundreds of people and helps everyone from zen students to Rohingya refugees and raised about half a million dollars to help earthquake victims in Nepal.

I’ve produced 20 books without abandoning anything or anyone to the best of my knowledge. Marital, parental, filial relationships are—I can’t believe I’m saying this again— not inherent in the condition of being a woman. I know women writers whose children are long grown, and a lot who didn’t have children, and women writers who’ve figured out how to write and have children (see above: spouse; equality). Lots of people, women and men and nonbinary people, are involved in the needs of people they love and still passionately devoted to their art, or the revolution, or their profession. Also their work is often how, when they have families, they support them, because maybe the kids need their homework checked, but they absolutely need a house and some food, clothing, and healthcare.

I wrote my climate organizer friend who sent me the piece and who is a young woman with an enormous conscience: “Good creative work is nurture. Of what matters most to the author and the world. I mean, as I said in my “Mother of All Questions” essay: who the hell wishes Virginia Woolf had babies instead of books? This whole idea that women have to be either/or: I reject it. On your behalf too, and your work is kindness writ large across the sky.” Rachel Carson nurtured her great-nephew and the truth that pesticides menace us and birds and ecosystems and changed the world, making it safer for millions of children. That is so galactically nurturing I can hardly describe its reach and its kindness and the birds I saw on the marshes this weekend that might have been near extinction without her work. Maybe Martin Luther King should’ve spent more time with his children but they were among the millions whose lot was improved by the work he helped catalyze, and it was also their future too he was looking to. His words and examples still nurture us, as do those of all the bygone heroes we remember.

Writing is work that can hold up its head with all the other kinds of useful work out there in the world and it is genuinely work. Good writers write from love, for love, and often, somehow, directly or otherwise, for the liberation of all beings, and the kindness in that is immeasurable. 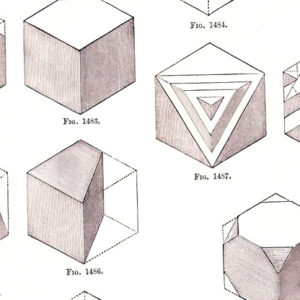 When I was 21, I became obsessed with a thought. Or, I suppose, it was really more of a feeling. I had entered my penultimate...
© LitHub
Back to top