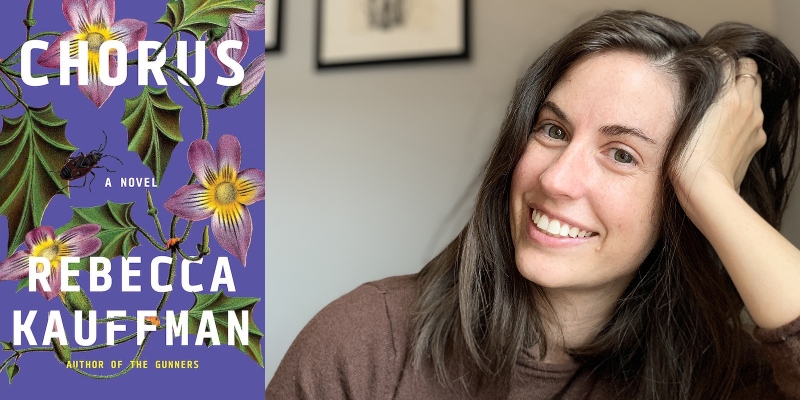 In this episode, Mitzi talks to Rebecca Kauffman about her latest novel, Chorus.

Mitzi Rapkin: What was interesting to you about writing about this time period between the 1920 and 1950s in rural Virginia?

Rebecca Kauffman: In the same way that I didn’t necessarily set out to write a book with nine different points of view, I also didn’t put a lot of thought into the fact that it would be a historical novel; it was one of those intuitive moments where I was just like, plop, here we are, let’s hit the ground running. I was reading a lot of historical fiction at the time that I wrote this, which I think did have to do with the pandemic. I was totally, totally allergic to the news cycle and anything relating to COVID, or 2020 in general.

I was reading a lot of Alice Munro, Wallace Stegner, Winesburg, Ohio by Sherwood Anderson, and really falling in love with the pace of life represented in some of that work, and was definitely absorbing some cultural and contextual elements of what I was reading at the time. And I do find that I’m very influenced by what I’m reading, so I think that factored into my desire to write something historical.

Then it just made more and more sense as the story moved forward. The Great Depression factors pretty heavily in the book. And as I did some research and some thinking about Mrs. Shaw’s, a major character’s, mental illness, something that really struck me and where I put most of my energy as far as that was concerned, is the fact that 100 years ago, a depressed state of mind, or a volatile state of mind, was not even necessarily widely recognized as an illness at all, or something that’s beyond the control of the person suffering from it.

So, I became incredibly curious about how that must have felt to be the child of someone suffering with mental illness—to see your mother clearly in a diminished state, yet she has no injury or affliction that you can name or that anyone can explain to you. Would you be angry? Would you pity your parent? How would that look?  And in the case of this story, it looks very different for each of the children.

The other element of early 20th-century Virginia that appealed to me was the rural setting of the family’s home. I live in rural Virginia now, so that landscape is very easy for me to access, and the seasons. Setting the book in this area that is removed from community or society, the interactions between characters are really limited to the nuclear family unit for the first part of their lives. That seemed easiest to achieve if the book was set 100 years in the past, and also somewhat reflective of the quarantine experience, which was not something that I set out to write about at all. But these things work themselves out somehow on the page.

Rebecca Kauffman is the author of four novels including The Gunners, which received the Premio Tribuk dei Librai award in Italy, and Chorus.

Watering the Dead and the Unseen: Sumana Roy on Vanishing Nature 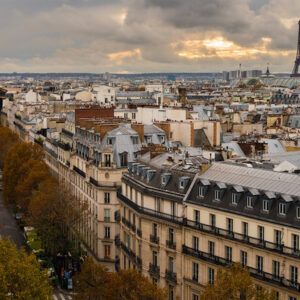 On the precipice of my first novel coming out, I’ve been thinking about perfection. “It doesn’t have to be perfect,...
© LitHub
Back to top