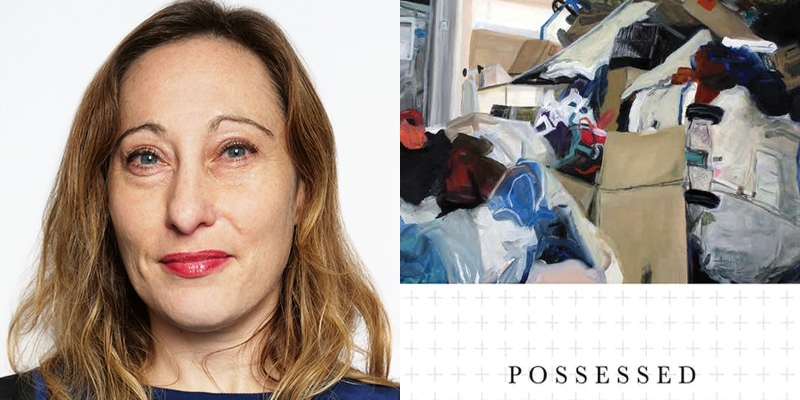 What does your collection of toilet paper say about you? Rebecca Falkoff, author of Possessed: A Cultural History of Hoarding, unpacks the methods and madness behind hoarding with Book Dreams co-hosts, Eve and Julie. They discuss how her family experiences inspired her academic book on hoarding; how her fear of becoming a hoarder herself complicates her writing process; how we can differentiate hoarding from collecting; and why hoarding is both a way of disavowing mortality and a mortal threat to the hoarder. Rebecca also weighs in on this hot-button question: Are billionaires and misers just economic hoarders in a capitalist society?

Rebecca: If you collect and save hundreds of broken violins, thinking that one day you’ll clean out a room and have that be your workshop and that you’ll fix all these violins, and if you do that when you’re 70 years old and you’ve been doing that for 20 years and you’ve never fixed a violin, it is a disavowal of mortality. Not even in the idea that these objects will survive you, but in the idea that your life could never be so long as to find time to fix hundreds of violins. Especially if you never take the time to fix the violin.

And it is a mortal threat to the hoarder. I mean, there have been in the last 20 years a number of house fires—firefighters call hoarded spaces “Collyer’s Mansion.” It’s very dangerous for a firefighter to try to get into a hoarded space. Also, people can fall and not be able to get up because things fall on top of them. So it’s dangerous. I mean, especially as people get older and more and more things accumulate around them, it becomes more dangerous.

Julie: I can see that. You say in the book that many hoarders who are forced to clean out their spaces fall into a terrible depression and even die sometimes after that.

Rebecca: That is something that Randy Frost and Gail Steketee have found. And there’s a documentary by Martin Hampton about a collector who has to live in a nursing home and becomes very depressed and just seems to think that everything is hopeless. To some extent it’s a life’s work. And even if it looks like a horrible mess of broken junk, every object in my father’s house is something that he’s found and had the thrill of finding and then brought home. Even like, there’s machinery there. I don’t know how he got a drill press to the second floor of his house, but everything in there, it’s something that he’s lugged home probably by himself. I don’t know how he did it. It’s painful to be there surrounded by it when you just feel like you wouldn’t even know how to begin cleaning it. There’s so much, and it’s so filthy, and—I don’t know. I mean, sometimes I’m glad for my allergies because I start wheezing when I’m in there and don’t have to stay for too long. It’s a life’s work, but it’s also a burden.

Rebecca Falkoff is an assistant professor of Italian studies at NYU. She has a master’s and a PhD in Italian studies from the University of California, Berkeley, and she’s a scholar of 20th and 21st century Italian literature and culture. Falkoff has published on illegibility, materialism, and Elena Ferrante, and she’s translated works by Italian authors. Her first book, Possessed: A Cultural History of Hoarding, was published by Cornell University Press this year, and she also performs stand-up at comedy clubs throughout the city. 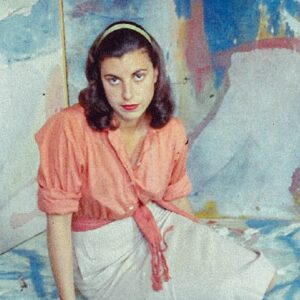