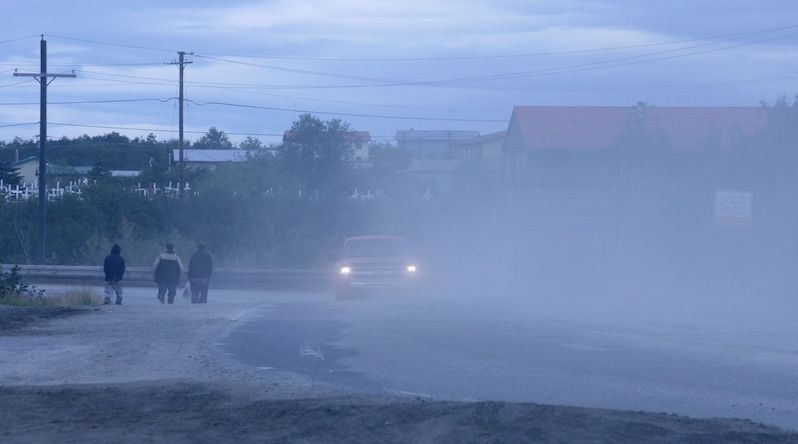 Rebecca Clarren on Gas Kickdowns, Losing Control of the Land, and the People we Love

G. P. Gottlieb speaks to journalist and author Rebecca Clarren about her new novel Kickdown (Arcade, 2018) as well life in the rural west and what it feels like for a community to lose control of the land, water, and people they love.

When Jackie Dunbar’s father dies, she takes a leave from medical school and goes back to the family cattle ranch in Colorado to set affairs in order. But what she finds derails her: The Dunbar ranch is bankrupt, her sister is having a nervous breakdown, and the oil and gas industry has changed the landscape of this small western town both literally and figuratively, tempting her to sell a gas lease to save the family land. There is fencing to be repaired and calves to be born, and no one—except Jackie herself—to take control. But then a gas well explodes in the neighboring ranch, and the fallout sets off a chain of events that will strain trust, sever old relationships, and ignite new ones. Rebecca Clarren’s Kickdown is a tautly written debut novel about two sisters and the Iraq war veteran who steps in to help. It is a timeless and timely meditation on the grief wrought by death, war, and environmental destruction. Kickdown weaves together the threads of land, family, failure, and perseverance to create a gritty tale about rural America.

G.P. Gottlieb: How did you, as a trained reporter, come to write this novel?

Rebecca Clarren: I’ve been writing about people and places in the West for a long time and one thing I believe so deeply in journalism and in so many ways I believe that my job as a reporter has never been so important. And yet, a challenge I’ve had over the years is I just feel frankly that there is never the space to ever really talk about feeling, about when, for example, you’re worried about the air your grandchildren are breathing, or what’s in your water. Maybe there’s a quote that speaks to that but as a reader, you don’t really ever feel what that feels like.

There’s too much other stuff that needs to go in the article, important stuff—the science, the economic data, you know, any kind of investigative public interest work I’ve done. I just felt like I want to write a novel because I want people to feel what it’s like to live in the rural west, to be somewhat forgotten by the rest of the country. I visited so many small communities and most of the time, these are not places that The New York Times or The Washington Post ever visits. So the vast majority of our citizens don’t know about it. So that was important. That’s what led me to write a story, a novel, that focused on the feeling part instead of on the facts.

GPG: Can you explain the title of the book, Kickdown, and what it means?

RC: Yeah. So “kickdown” is actually an oil and gas industry term. This is an oversimplified version, so please forgive me, any petroleum engineers listening—when you drill for oil and gas, it’s like sticking a straw in a layer cake, and you have to loosen the gas from the rock. The gas is either adhering to the ground either by water sitting on top of it or it’s squeezed inside very tight sands, fracking is a word we hear about a lot but however you do that, however you release the gas, once the gas is released, it wants to escape. It wants to go out as fast as it can, however it wants.

And so drillers put a bunch of mud on top of the well-board to ensure that the gas, as it’s escaping, escapes through the pipe, that is being drilled down. And if they don’t put the right amount of mud down, the gas can burp out of the drill rig. That is called a kick or a kickdown. Because this is a very flammable environment, those burps of gas catch fire, and it’s these huge fireballs that go into the sky. They’re like the size of buses. They’re huge. A real kickdown happened in the community of Silt—there’s YouTube videos you can watch of people watching it—and I came to this book interested in the question of control.

GPG: There are wells already in the town that are affecting the health of the cattle—how does the kickdown trigger the events described in the book?

RC: Well it triggers it in several ways, so the night that an actual kickdown occurs, I tell the story from three characters’ perspectives so that night, in part, because of the events of the kick, the characters’ lives are disrupted and they get into trouble because of that event. In the way that they are distracted by it or triggered by it and that event, on that night, because of the ways they mess up their lives and lose control, it brings them together. So, their three lives become entwined and then the narrative rolls on.

But there’s also an environmental mystery in the book, and the characters are struggling with, why is there water bubbling like Sprite? And what’s going on in their community? Part of why is because of that, when that kickdown happened. It’s never actually spelled out in the novel but when that kickdown happened, things didn’t go correctly obviously. You don’t expect to see a fireball in the evening sky of your home. That created problems in the deep strata of the earth and the gas is now escaping not where it should be and into the land and water around the community. 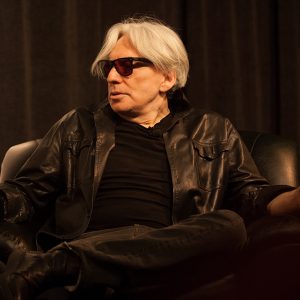 This week on The Literary Life, live at the 2019 Miami Book Fair Mitchell Kaplan sits down with Chris Stein, cofounder of the seminal...
© LitHub
Back to top