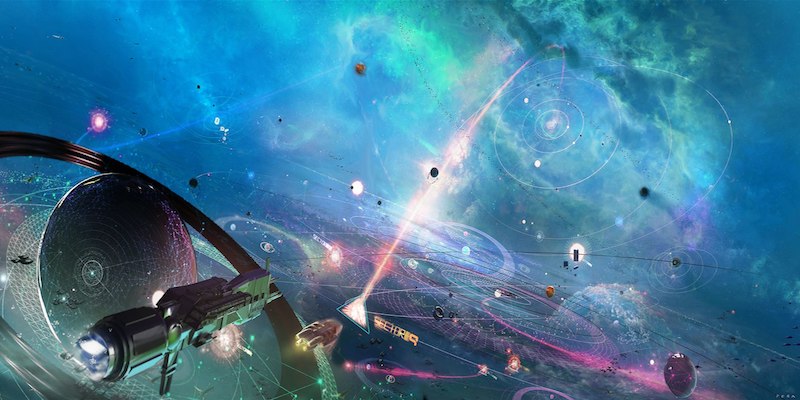 Ready Player One is getting a part two.

Ernest Cline’s young adult novel Ready Player One was one of 2011’s biggest publishing success stories. Nearly ten years later, fans are getting another chance to visit the world of The Oasis. The sequel’s title? You guessed it: Ready Player Two.

The first book, set in the year 2045, introduced us to hero Wade Watts and The Oasis, a virtual reality universe (read: paradise for video game and 1980s pop culture nerds) whose creator left behind an “Eager Egg” that would reward whoever discovered it with enough wealth to escape the slums and take control of The Oasis itself. Slum life was the widespread consequence of unresolved global climate and energy crises.

Steven Spielberg adapted the first book for film in 2018. In another alternate reality, earlier this February, Cline spoke about the director’s influence on the book.

“I had to start writing the sequel [in 2017] while the movie was being finished just to stay ahead of the curve,” Cline told The Hollywood Reporter. “I’d always intended to write more in the series, but I never imagined the movie would get done before I finished writing them. So, I had to kick it into high gear.”

Ready Player Two will be published on November 24th.