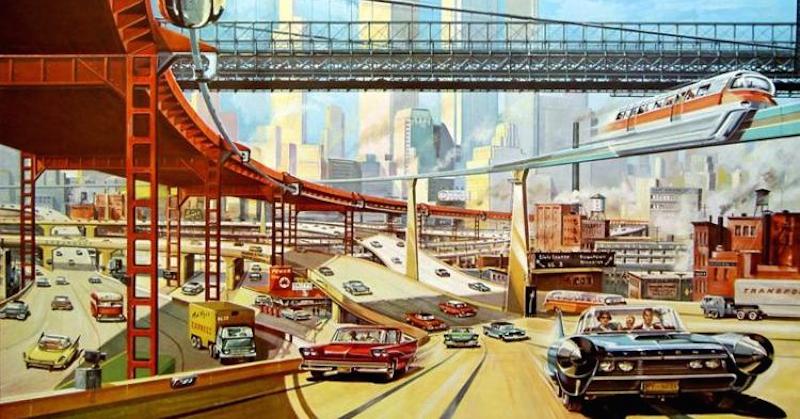 Readings from the Future at the London Literature Festival

From HG Wells to Margaret Atwood, and Beyond...

The world we live in is changing at warp speed. From the dawn of driverless cars, to the rise of robots in the workplace, tropes from science fiction have become increasingly commonplace parts of reality. In fact, many of the most disturbing elements of fictional dystopias have become so widespread as to often go undetected, from Orwellian-levels of surveillance to our increasingly post-factual world. And yet despite these chilling echoes, the present also carries elements of utopian thinking which have come to change our lives, from miraculous advances in medicine, to the arrival of what HG Wells imagined as a “world brain” in which all human knowledge would be freely available, known latterly as the internet. What’s striking in both cases is not only the power of the imagination to preempt the advances of science and technology, but its ability to trace the trajectory of our human development into the mists of the world yet to come. Fiction can show us the future enfolded in the present. It can throw light on the way we live now, by refracting it through distant times and worlds. And even in the darkest of visions, there is something inherently hopeful in that capacity to imagine. Though admittedly it is often wide of the mark when it comes to space attire, or the prevalence of giant crabs (see Chapter 11 of The Time Machine) or monorails.

At Southbank Centre’s London Literature Festival this year, we’re celebrating the writers who have given us glimpses of the future. We open with a reading of HG Wells’ debut novella, The Time Machine, which was first published 120 years ago, but is perhaps more relevant now than ever. It depicts an idyllic garden-world of the future, in which the indolent Eloi drift about in togas, while the miner Morlocks toil beneath the surface. Not only did it pave the way for countless time travelers to blaze their paths across the epochs, it is also remarkably prescient about the warping effects of inequality on the future of mankind. Wells would have been 150 years old today, but Borges believed that his early novels would pass into the “general memory of the species” and even outlive the English language itself, so these numbers are relatively small in the context of his imaginative reach.

From a landmark of speculative fiction, to a contemporary writer of comparable vision, we follow this with an appearance of Margaret Atwood, who will be launching her retelling of The Tempest, Hag-Seed. In a piece reflecting on The Handmaid’s Tale, Atwood wrote illuminatingly about the twin imaginative impulses that lay behind the writing of the novel, which goes to the heart of the act of imagining the future: “I’m more inclined to think that it’s unfinished business, of the kind represented by the questions people are increasingly asking themselves: how badly have we messed up the planet? Can we dig ourselves out? What would a species-wide self-rescue effort look like if played out in actuality? And also: where has utopian thinking gone? Because it never totally disappears: we’re too hopeful a species for that. ‘Good,’ for us, may always have a ‘Bad’ twin, but its other twin is ‘Better.'”

Beyond these planetary figures, we’ll be hearing from a range of comet-like new talents, and bringing together a range of international voices, including writers of sci-fi from South Africa, China and Iraq. Hassan Blasim, an Iraqi author who won the Independent Foreign Fiction Prize for his short story collection The Iraqi Christ, has edited an anthology called Iraqi+100 which imagines his homeland a century after the 2003 invasion. The short stories take an unflinching and often surprising look at the traumas of the present, by projecting into alternate realities. Collectively they offer a poignant encapsulation of Atwood’s twin, or triplet, imaginative impulses of Good, Bad and Better. As Blasim writes in his introduction: “The cities featured here—Baghdad, Basra, Ramadi, Mosul, Suleymania, Najaf—are all wildly different places, in fiction and reality, but are united by the tragedy of modern Iraq—the tragedy of a people that is desperate for just a solitary draught of peace. As Iraqis, at home and abroad, we are desperate for this peace, and thirsty for the imagination and creativity essential to rebuild this ancient country—this land of the two rivers.”

For the imaginatively hungry, this festival aims to be a feast of ideas and creativity.

Southbank Centre’s London Literature Festival: Living in Future Times runs from 5-16 October 2016. For information on all events and for tickets please visit southbankcentre.co.uk

Junot Diaz: On My Way to the Novel, I Fell in Love with the Short Story 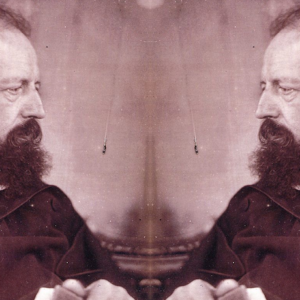 On envy, the internet, and Diana Ross: Jami Attenberg and Maria Semple in conversation. | Literary Hub A first...
© LitHub
Back to top