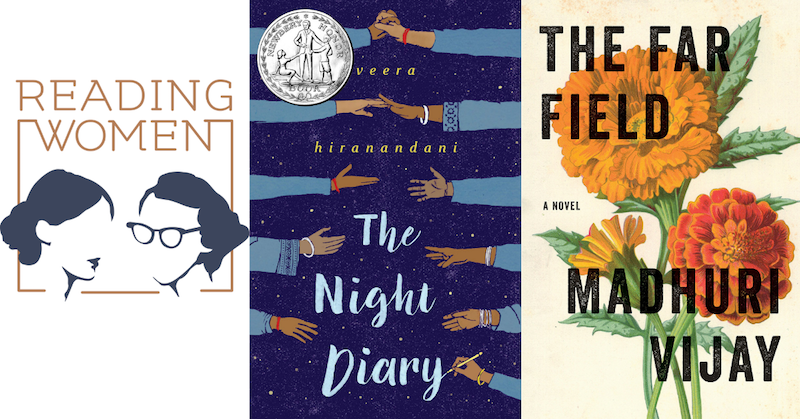 Reading Women Discuss The Night Diary and The Far Field

Kendra Winchester and Sumaiyya Naseem on the
Literature of India Partition

To round out their discussions on the partition of India, Kendra and Sumaiyya examine The Night Diary by Veera Hiranandani and The Far Field by Madhuri Vijay.

Kendra Winchester: You and I have done a lot of discussion about how The Night Diary works on a metaphorical level, so you can give this to a child and they can read it at face value. But also you see that with Nisha, her mother is a Muslim and her father is a Hindu, that she also represents a united India in that she is both. But we learn on the first page that she’s writing this diary to her mother because her mother had died in childbirth. Essentially her mother is gone. It sort of uses this idea of her family disappearing or something bad happening to her family as a way to illustrate India and the Partition of India through the partition of Nisha’s own family and perspective on herself. And I thought that was just so well done. And to an extreme detail. This metaphor is carried out throughout the novel, but at no time did I feel like it overwhelmed the novel or took over the story. It was just seamlessly integrated into the narrative.

Sumaiyya Naseem: Yes. So I think her diary is a way for her to connect to her mother, who represents the Muslim side of her identity. But you know, the the atmosphere of the Partition really makes it a complicated issue for her because she cannot embrace her Muslim side. She is discouraged from doing that. And this is something that her brother, Amil, often reminds her of. And you know, she is encouraged to keep quiet about her mother being a Muslim because that could cause problems since her father is Hindu. And I think what’s interesting is that their marriage is something that caused a lot of disapproval on both sides. And in a way, this kind of hints at the atmosphere that was brewing in the country before the Partition even happened.

KW: Yeah, I definitely agree, and I think that you can see that in the discussion that her dad has throughout the novel—I won’t give any spoilers—about her mom and her experience because eventually they do meet Muslim members of her family throughout their journey. And so there’s some discussion about that and what that looks like. Because her mom has died, she hasn’t really talked about it a lot with her dad and different things. So I feel like she, throughout this journey, is also learning about her Muslim identity since she has grown up identifying as Hindu.

But she also knows that her mom was Muslim, so that it’s that experience that she and her brother is trying to kind of work through this through this partition and the fact that they are both, but that is what in fact their country is dividing over. It’s just something that she has to process throughout the novel, and I feel like it’s done in a very accessible way that children can also follow. But as an adult, you also get even more out of it. That’s something I’m continually impressed by the author doing throughout this novel.

SN: One of the reasons that I picked The Far Field is because it’s set during modern times. So it kind of looks at the Partition from today’s perspective.

KW: And I think that’s so incredibly important when looking at the Partition of India because since it originally happened in 1947, I think a lot of people think, oh, well that was so long ago. Everything is settled down now, right? Well, really there has been such long term effects of this, I think that that is what this book really captures.

SN: Definitely, and I think it also captures this idea that even though the Partition happened so long ago and life seems to have moved on in some parts of India, it really hasn’t moved on in Kashmir, which like I mentioned earlier, it’s a conflict zone. So things are still pretty violent there, and life is still very very difficult. And people are struggling to survive, and basically, they are living day by day. And all of this is because the Partition happened, and it left behind this space where the fight continues. 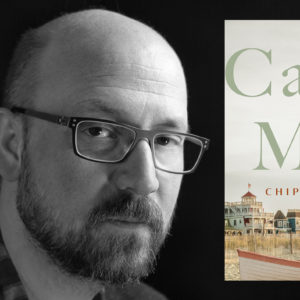 Chip Cheek is the guest. His debut novel, Cape May, is available from Celadon Books. Cheek’s stories have appeared in The Southern...
© LitHub
Back to top