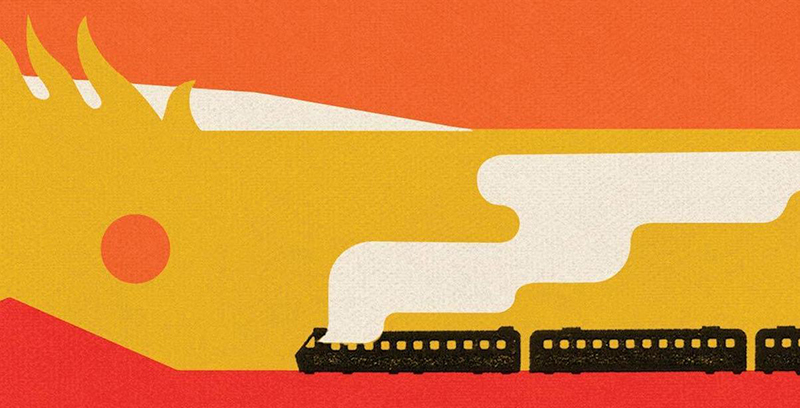 Kendra Winchester and Jaclyn Masters at the Virtual Literary Festival

As a special episode, here is a live show that Kendra and Jaclyn recorded at the Weekend of Words virtual book festival this spring. The episode is only lightly edited to give listeners the feel of really being there as the episode was recorded. A special thanks to the Shuffle Collective who hosted this event.

Kendra: Do we just want to jump in and start talking about debut novels?

Jaclyn Yep. Let’s do it. I think I’ve got the first book. Right?

Jaclyn So the first book that I want to talk about, I don’t have a physical copy of. So, Kendra, for our watching audience. . . . The first book is A Burning by Megha Majumdar. And this is a book that I first heard about from another one of our co-hosts, Sumaiyya. And she raved about this book and majorly put it on my radar too. So this is out from Knopf next month, so the second of June. So if you want to preorder it, you can.

But it is a narrative set in contemporary India. And we’re following three different timelines, and the chapters alternate between these perspectives. So we’re following Jivan, who is a young Muslim girl from the slums. And we’re also following Lovely, who is a aspiring actress from a marginalized community within India. And then we’re following one of Jivan’s former teachers, a man called PT Sir. And the way that all of these characters come together is really complex and layered. But essentially it starts in the very first scene with a terrorist attack on a train. And Jivan is basically accused of a crime that she didn’t commit. And from there, we follow the way that the story takes off from that. And I won’t say any more to avoid any spoilers. But needless to say, I think if you enjoy looking at stories that look at class and privilege and a lot of the ways that those connect with each other—and particularly in India—I think this is a story that you’ll really enjoy. So, again, that is A Burning by Megha Majumdar. And it’s out from Knopf next month. So you have the next book, Kendra?

Kendra: Yeah. And I was going to say, like, everyone who I know who’s read this book has been immediately like, you need to read this now.

Jaclyn And I’m glad I took that advice because it’s one you’ll fly through as well. It’s a very, like, fast story.

Kendra: I am very excited. I told them to put me like on the audiobook, the ALC list. And as soon as possible. Anytime.

Jaclyn I can’t wait to hear your thoughts on it.

Kendra: Yeah. So for listeners who may not know or for those joining us for the live recording, I have chronic daily headaches and migraines. So I primarily read through my ears, and I don’t read a lot of print just because, you know, it doesn’t really work well for me. So I often talk about audiobooks. And the next book that we’re going to talk about, I have an audio. And I am waiting. And this is also another Sumaiyya recommendation. That was not planned. But she apparently is here with us in spirit.

So this is Djinn Patrol on the Purple Line by Deepa Anappara. And this is out from Random House. And I first heard about this book—like saw the name of it—when I saw it was the long listed for the Women’s Prize this year. And that is a prize over in the UK. And I saw the cover, and I was so excited that was actually available also in the United States at the same time, which is great. But I then went and ran and found the audiobook because I am Kendra, and that’s really what I do.

But this is a book also set in India. And so this is about three children. And so they are in—the synopsis, I’m not sure if . . . I don’t think it names the city in the synopsis—but it’s an unnamed city in India. And these three children get involved in this almost like crime story where children are disappearing. And so this young kid, nine-year-old kid named Jai lives with his family. But then someone he knows disappears. So then he goes and he gets together with his other friends. And he asks his friends Pari and Faiz to be his assistants. And they draw together a list of people to interview and places to visit. And they just start trying to solve this crime. And I am all here for like a kid gang trying to solve crime. And so when I heard that this was coming out, I was very excited. Sumaiyya and I are—I think she’s already finished this book—but I’m reading this for an upcoming episode that we have with Sumaiyya. And I won’t reveal the theme yet because I don’t want to give too many spoilers, but I’m very excited about it. Have you picked up this one yet, Jaclyn?

Jaclyn No, I haven’t. I’ve got a library hold on it. But my library still in the reopening phase. So.

Kendra: It’s like, uh, you know, the bane of our existence right now. Waiting for a library holds to come in.

Jaclyn They’re doing drive-by pickup, so you can get holds through driving.

Kendra: Huzzah for librarians. They’re just killing it right now. But yeah. And was there anything else you want to say on this, Jaclyn?

Jaclyn No, just that it’s on my radar too. Obviously if Sumaiyya recommends it, I want to read it.

Kendra: I feel like this is the Sumaiyya show. But yeah. So I am very excited to get to this one. It’s very high up on my list. Once I finish all the books for June’s theme, I will be reading a Djinn Patrol on the Purple Line by Deepa Anappara. And. Yeah. So that’s my second one. And I apologize to live-show individuals for this thunk noise you’re gonna hear every time [thunk] because my desk is full of books. I have no room. Okay. Sorry.

So the next book we’re going to talk about is Conjure Women by Afia Atakora. And this is one that I have not read yet, but it’s one that I’m very excited to read. It sounded a lot like The Revisioners by Margaret Wilkerson Sexton, like thematically and also quite literally in terms of where it’s set and some of the characters. So we’re following, again, three women. So I feel like there’s a bit of a theme with some of the books I’ve picked, these multiple perspectives stories. But this one is set in the US South in the period both immediately before and then immediately after the Civil War.

So we’re following three women. Two of them are a mother and daughter pairing. We’re following the mother’s perspective in that pre-Civil War period. And she’s an enslaved person working on a plantation. And in that post-Civil War period, we’re then following her daughter. And they’re both conjure women. And they’re midwives of sorts. And the other perspective we’re following is another woman. We’re following the daughter of the plantation owner. So I’m really intrigued to see how all of these different perspectives come together, particularly in that time period. And again, I just think it’s one that, given those thematic overlaps with The Revisioners, I think I’ll really enjoy reading. So that is Conjure Women by Afia Atakora. And that one is out already at the moment by Random House.

Kendra: Yeah, I picked up this one.

Jaclyn Oh, you’ve got one too!

Kendra: Yeah, I . . . it just magically appeared. And can we just give a shout out for book designers? Like look at that. For listeners who aren’t seeing the visual, the cover is beautiful. And it has on the cover these two women. It’s almost like one of those photos where you turn it upside down. It’s also photoable, but it’s really interesting. I’m just fascinated by it. So definitely check out.

Kat Gardiner on Writing
While Parenting 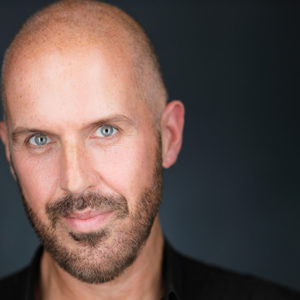