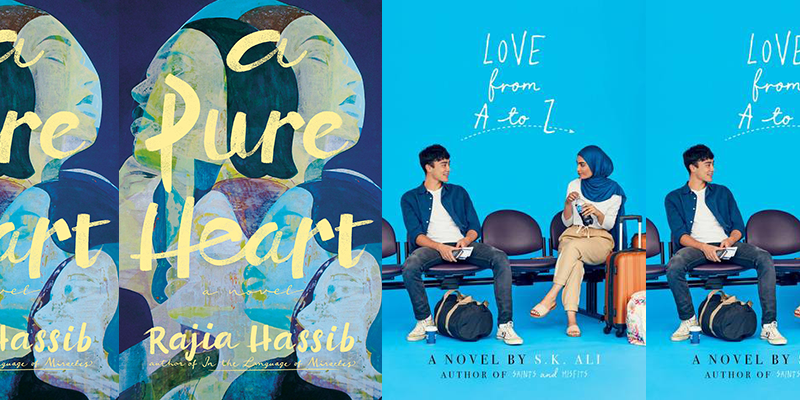 To close out our month on Marriage Stories, Kendra and Sumaiyya discuss A Pure Heart by Rajia Hassib and Love from A to Z by S.K. Ali.

Sumaiyya: Marriage is definitely something that I think about, and I think we briefly discussed that in the previous episode. I just think it’s really fascinating to look at stories that may feature a couple who are married or who are dating with the intent to get married. The way that I have seen through literature and through films and just from conversations with friends from different parts of the world is that every culture and community has kind of their own way of dealing with marriage or approaching this intense and emotional and intimate relationship.

And there are so many stories that kind of come out of that. I mean, we see a lot of books that depict people falling in love and fulfilling that romantic ideal. But I’m actually more interested in stories that look at what happens to that love and relationship after marriage. How that dynamic and that . . . you know, the responsibility that comes with being in a marriage, with building a family together, like how that affects people, their relationship, and individuality in general. So one thing that I keep thinking about when I think about marriage is that there’s something unique that happens in a marriage, and it is that your partner becomes this extension of who you are. Each person’s identity undergoes a change.

In the Muslim and South Asian tradition, women actually traditionally leave their family to join their husband’s home. So marriage in itself is a migration of a kind, a sort of a displacement that, in my community at least, we’re afraid to title it as a displacement because marriage represents this purity. In the Islamic perspective, it’s this fulfillment of your faith, and I find that really fascinating that a woman’s identity particularly goes through so much change. So there’s a lot of stories to be talked about from that perspective.

Another thing that really fascinates me is how access to education, to travel, migration in general, and different cultural intersections have changed the way that people approach marriage. And it has opened up new possibilities. Finally, I think marriage stories is an interesting theme because you’re not only looking at family dynamics, but it’s also revealing gender roles and relationships between genders. You know, the conversation around that in general is something that comes up when you look at a marriage.

Kendra: Especially as someone from a Western perspective, I found it very interesting to see these two books that we’ve just chosen interacting with a lot of Western stereotypes about women who marry and, you know, marry in this way and leave their families and are maybe in arranged marriage or maybe they’re in a courtship. There’s this Western idea that they’re not . . . they’re not activists. They’re not independent. They’re not educated. There’s all of these really terrible stereotypes around that. And both of these books look at those stereotypes and upend them, turn them on their head and be like, no, that’s not the reality of the situation in all of these different ways. Like Zayneb is an activist. Right? In A Pure Heart, the husband is the one who converts and leaves his family’s religion to join his wife’s because he loves her. And I loved that. I loved seeing how these different marriages play out in these novels. And they’re really a great pairing, once you sit down and you start thinking about them together.

Sumaiyya: Yeah. I’m really happy with the books and especially how they work together because we are seeing characters who are, you know, going outside the stereotypical narrative form that we have. And it’s so important for me to kind of highlight those types of stories that complicates the Muslim experience, especially the experience of young women. And one thing that we have common in these books is how they portray the hijab.

So, for example, in A Pure Heart, you have Gameela. And you know, we’re going to talk a bit about her relationship to her job. But in general, like what happens there is Gameela’s family, or the community that she is a part of, does not really. . . . They’re there kind of a bit adverse to the fact that she wears hijab, but they don’t, like, discourage her. They’re still supportive of her, but they think differently. And in Love From A to Z, we’re seeing this young woman whose family, you know, encourages the hijab. And also that’s such a central part of her identity. And there is no conflict to that side of her from the people around her. And they actually nurture her to kind of, you know, be who she is and experience that. So all I . . . basically what I want to say here is there’s so many different experiences with the hijab, and stereotypes kind of overshadow that. So it’s good to have books like these.

Kevin Bigley on the Dangerous Lure of Nostalgia 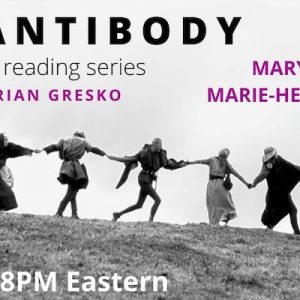 This is episode five of The Antibody Reading Series, a weekly reading and Q and A hosted by Brian Gresko. Tonights...
© LitHub
Back to top