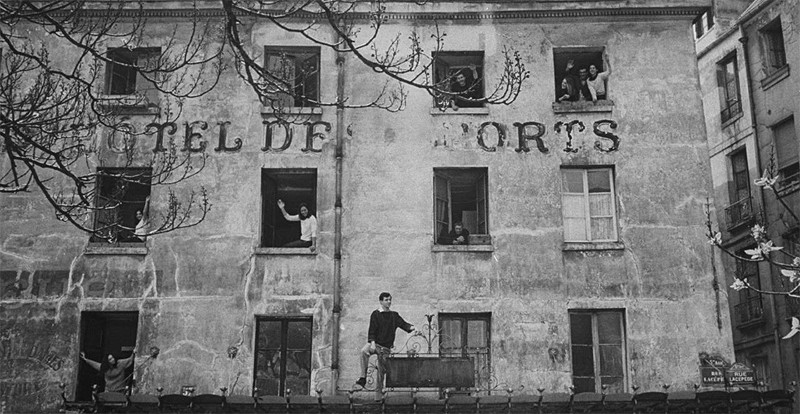 Or, How to Write About a City Just as Beautiful as Everyone Says It is

Whenever I read books about Paris, I never get through more than a page or two in before I’ve closed it again, exhausted by the trite, saccharine drivel that overcomes even the most gifted writers when they write about the city. I wrote a great deal about Paris myself when I was younger—when I, like every writer who has ever been to Paris, was swept up in the euphoric fog of just being there. Because I was so young, I can excuse myself for romanticizing bridges, ghost hunting for Hemingway, and La-vie-en-rose-ing for page after insufferable page of my leather-bound journal. But later, as I grew older, the fear of over-writing Paris kept me from writing anything about it at all.

I still wanted to read about Paris though, and so I searched for books that capture what it really feels like to be there. The problem is that what it really feels like is saccharine. Yes, there is a lot of dog shit everywhere, and, if you’re a woman, men harass you wherever you go, but Paris is as beautiful and romantic as you’ve been told. Even those really unpleasant moments become the imperfections that set off the perfection of every other moment.

When Susan Sontag went to Paris for the first time in 1957, she spoke very little French, and her social circle consisted primarily of other young Americans. She frequented the bars and cafes of Saint-Germain-des-Prés. She listened to jazz. She went to galleries often and to the movies every day. Sontag had read Gide and Proust while still a teenager, and now she was living in Paris and expending all of her energy desperately trying to break into and soak up French culture. A decade later, she remembered that time as a somewhat insular experience, but still, she said “J’ai senti la ville“—”I felt the city.”

Like Sontag, I went to Paris as a student. Well, near Paris; I spent a semester abroad in a tiny village in the Loire Valley, surrounded by chateaux. It was close enough to Paris—two hours by train—that I could go into the city for lunch, spend the day, and come back in the evening, just to say that I had. The Loire Valley was cheaper than Paris and offered a quieter side of French life. I was at an American school, filled with American students and American professors, and we were all struggling to learn a little French but failing in a particularly American way. Then we’d go into Paris to find the nightclubs where Josephine Baker sang, the gardens where Picasso painted, and the bars where the Lost Generation lost themselves a little bit more. And, of course, we all ended up at Shakespeare and Company.

“There’s no elegant way to express that heady mix of inspiration and desperation—the craving to find some trace of genius that you can grab onto.”

Because Paris is where people went—have always gone—still go—to write, to paint, to dance, to debate, to rebel, and to revolt. And you can feel that in every stone, on every street corner. If you forget, there are conveniently located signs to remind you that you’re standing outside of Sartre’s apartment, or in the very spot where French Resistance fighters were gunned down. Ici est tombé . . .

And that’s why it’s so hard to write about Paris, and even harder to read about Paris, because there’s no elegant way to express that heady mix of inspiration and desperation—the craving to find some trace of genius that you can grab onto, like Peter Pan’s shadow, and sew into your own pages.

I first came to really know Sontag through On Photography when I was writing my doctoral dissertation about the relationship between visual cultural and the history of tourism. I was in that early stage of research where I was still congratulating myself for the cleverness of my nascent theories when I realized that Sontag had already covered that ground. She writes, “[P]hotography develops in tandem with one of the most characteristic of modern activities: tourism . . . It seems positively unnatural to travel for pleasure without taking a camera along. Photographs will offer indisputable evidence that the trip was made, that the program was carried out, that fun was had.” Ah, but my point wasn’t just that tourism and photography are inextricable, but also that photography allows tourists to create an aesthetic distance between themselves and whatever they photograph. So maybe I had something new to say after all!

I kept reading: “Most tourists feel compelled to put the camera between themselves and whatever is remarkable that they encounter. Unsure of other responses, they take a picture. This gives shape to experience: stop, take a photograph, and move on.” In 1977, before I was even born, Sontag had already said everything that I ever wanted to say more eloquently than I could have done. It took years of writing and research to say anything original about photography, to write myself out from underneath her shadow. I’m not sure I ever did. The same is true of Paris.

By the early 1960s, only a few years after her first time in Paris, Sontag’s ideas about art, literature, and cinema had crystallized into the groundbreaking aesthetic theories that would make her one of the most influential public intellectuals of the 20th century. Her 1964 essay “Against Interpretation” appealed to my own philosophy of art, formed from reading Virginia Woolf and T.S. Eliot.

Sontag was a postmodernist, but she continued the modernist tradition of valuing form over content. To interpret art or literature via Freudian or Marxist critiques seemed, to Sontag, to abandon or even betray the very purpose of art. (This was in the era before Foucault, who was to have an undeniable impact on Sontag’s later work.) She writes in “Against Interpretation,” “Conversely, it is the habit of approaching works of art in order to interpret them that sustains this fancy that there really is such a thing as the content of a work of art.” This seems like an odd argument from someone who made her name as a critic, but Sontag, like Paris, is full of contradictions.

Sontag became something of a role model for me. Hers was a female voice speaking out amongst a chorus of male intellectuals, and still, she wasn’t drowned out. She was, and remains, a queer icon, which made her all the more vital to my own development as a young lesbian trying to write her way through a world of words.

The last time I was in Paris, I revisited Shakespeare and Company. It had changed quite a bit. It was cleaner, for one thing. They’ve opened a new coffee shop next door, and though the service is slower than Americans expect, it certainly caters to an American clientele. The coffee was much better than the last cup I remembered having there, served in a dirty Bonne Maman jar, half-filled with bitter crude oil and a splash of soured milk that curdled into swirling clumps before sinking beneath the filmy surface.

George Whitman, the bookstore’s late founder and patron saint of American ruffians in Paris, served chewy English pancakes in his upstairs apartment on Sunday mornings to those lucky enough to be invited. He was gruff and unkempt, notoriously burning his hair every week because he was too cheap to pay a barber.

His apartment, stacked floor to ceiling with books, was equally disheveled. I remember eyeing a cockroach, dead on its back, on the kitchen counter while he whisked batter. He could carry on several conversations in multiple languages at once, but if he left the room for a moment, he sometimes didn’t recognize you when he walked back in. George died a few years ago, and his raspy voice no longer fills the narrow spaces between bookshelves with his legendary stories and lecherous laughter.

“More than anything else I have ever read, Sontag feels like Paris. Her writing has the same unattainable beauty, the same caustic seduction, the same justifiable arrogance.”

But however much the bookshop had changed, I had changed more. As an undergrad, I was easily intimidated by the posturing of artists and writers that hung around the bookstores and bars of the Left Bank. Now, as a published scholar with a PhD, I felt, for a brief moment, like I’d made it. But then I was hit by that familiar anxiety that comes from being surrounded by so many books you’ll never read and a city you’ll never fully understand. I purchased a copy of Sontag’s essay collection Against Interpretation, complete with the Shakespeare and Co. stamp, and sat down to read in the coffeeshop.

I realized then that more than anything else I have ever read, Sontag feels like Paris. Her writing has the same unattainable beauty, the same caustic seduction, the same justifiable arrogance. In “Thirty Years Later,” the belated prologue to “Against Interpretation,” she describes her younger self as “a pugnacious aesthete and a barely closeted moralist,”I don’t think there could be a better way to describe my earliest experience in and writing about Paris. Re-reading my Paris journal, it’s reassuring to know that Sontag was exasperated and impatient with her early essays too.

When she describes New York and Paris, the cities that made her, she writes that “they were . . . exactly as I’d imagined them to be—full of discoveries, inspirations, the sense of possibility.” That’s what it feels like to read and re-read Sontag, and that’s what Paris will always feel like too.

Lori Brister has a PhD in English from The George Washington University. She writes about aesthetics, visual culture, tourism, and the digital humanities. 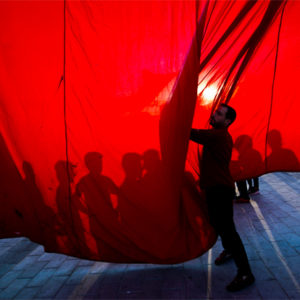