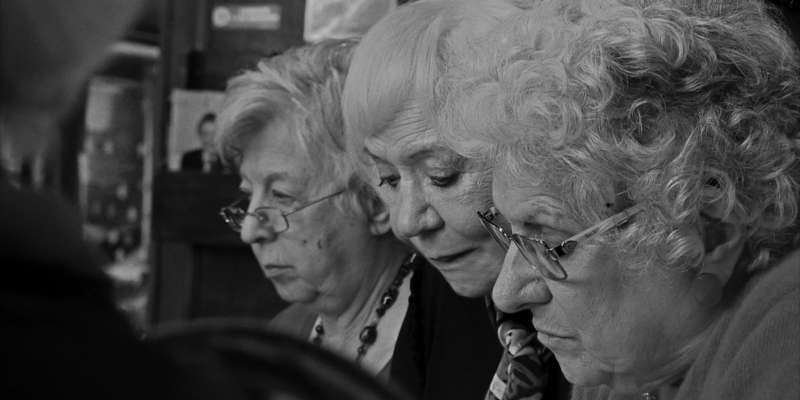 Reading Proust in a Black and White World

Marcel Proust was in the audience at the legendary opening of The Rite of Spring in 1913. The premiere—famously imprecisely remembered—may have been a riot and may only have caused a commotion.

It’s not clear which elements of the performance caused the disturbance in the audience: Igor Stravinsky’s music or Vaslav Nijinsky’s choreography, Nicholas Roerich’s costumes, the set, the plot. It could have been the emergent effect of accumulation: Sergei Diaghilev had gathered these artists to work on it together because he was interested in Richard Wagner’s Gesamtkunstwerk—a plan for the theater to unite the arts to create a single, totalizing impression in the viewer. Separating the effects of the score, the choreography, and the dancers’ performances would be like dissecting a Disney movie, or the flavors in a can of Coke. For the viewer, the effect of everything together is supposed to be singular and overpowering.

The Rite of Spring premiered in May of 1913, and Swann’s Way, the first volume of Proust’s In Search of Lost Time, was published in November of the same year. As literary modernism seemed to be about stripping away the pleasures of the Victorian novel, making text simpler and more minimalist, Proust was going in the other direction, writing the most descriptive possible novel. He doesn’t seem interested in the mechanization of industry, the alienation of workers, or the new uses of language associated with slick, machine-made objects. He seems out of step with the other trends of literary modernism, but in the context of Gesamtkunstwerk, his project makes sense in its time. While Proust was publishing In Search of Lost Time, the 20th century was only at the beginning of its taste for totalizing aesthetics—a separate cultural strand from the taste for simplicity, but equally modern.

While Proust was publishing In Search of Lost Time, the 20th century was only at the beginning of its taste for totalizing aesthetics.

In his novel, Proust unites effects of music, visual arts, performing arts, and narrative. Of course it’s only text, but the character Marcel develops taste as he first understands what he is watching when he sees the legendary actress Berma disappear into a role, and as Swann describes falling in love with a woman who resembles a painting because a certain phrase of music is played when he’s looking at her.

Proust is working with more art forms than literature alone. He also dissects the effects of these other forms on their audience, in this case on the protagonist, Marcel. It’s like a Disney movie about creating Disney World. In many ways, the story is about the operation of aesthetics in Marcel’s life, using something like Wagner’s Gesamtkunstwerk to overwhelm the reader.

Le Temps Perdu, María Alvarez’s new documentary, follows a group of people in Argentina that gather in a cafe to read and discuss In Search of Lost Time sentence by sentence. The film’s aesthetic is minimalist, as films go—black and white, and almost entirely without music. The camera often doesn’t show the person who’s speaking, focusing instead on the faces of the members of the group who are listening, so it’s difficult to get a sense of them as individuals—though there is a sense of the feeling of the group as they interrupt one another, leave thoughts unfinished, and occasionally listen in rapt attention.

Alvarez’s minimalist documentary may be the best way to show what the experience of reading Proust is like.

Little is revealed about the members or their lives except when they speak about themselves in response to the text. One woman says that her study of literature led to the breakup of her marriage—her feelings just didn’t fit into her life anymore. Near the beginning, a new member joins, and someone at the table explains that the group has been meeting since 2001, though its members turn over and include few of the original crew.

The group gathers around a set of café tables pushed together to talk about In Search of Lost Time; they read it aloud together and agree and disagree about plot points and interpretations. At least one of them has read the entire 3,000-page novel five times. The new member asks how you can read one novel five times over. Someone else says Pablo Neruda read it four times. They quote it to one another: “trying to reach an agreement with the body is like trying to talk to an octopus.” They discuss a passage about the intensity of art overpowering the intensity of life.

The documentary is slow and contemplative—if anything, under-stimulating. Considering the operatic obsessions within In Search of Lost Time, the contrast couldn’t be more extreme. Where the book is filled with emotions that make each character feel specific, the film shows real people having versions of the responses anyone is likely to have reading the novel: for one, that he is ostensibly describing heterosexual passions, but in life, he was gay. (Marcel’s beloveds have feminized versions of men’s names, and Proust was likely thinking of men while he was writing.)

The grand arc of the book takes all readers on some version of the same journey—possibly more so than books that don’t share the goal of overpowering the reader’s senses. Alvarez’s minimalist documentary may be the best way to show what the experience of reading Proust is like—it’s the color in a black and white world.

Catherine Nichols lives in Brooklyn. She is the host of the Lit Century podcast, and her writing has appeared in Aeon, Jezebel, Electric Literature, and other publications. 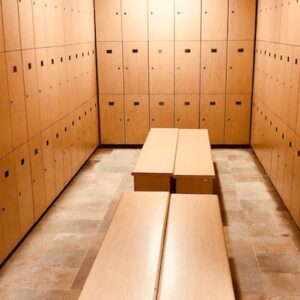 My first experience at a gay bathhouse took place in D.C. during my junior year in college. This would have been in 1999...
© LitHub
Back to top