Reading Kobo Abe with One Eye on Edgar Allan Poe

Scott Beauchamp on the Literary Transmission of Mystery

The perspective of the narrative (I hesitate to use the phrase “meta-perspective” in case the point I’m making gets obscured by jargon) is something more elusive and foundational. By “perspective” I don’t mean the identity of the author. And I don’t mean simply sociological iron cages or empty deserts of shifting discourse. I mean the categories of freedom available to an artist to record the realities of his time in the highest spiritual register and with the greatest degree of simple honesty. Kobo Abe defended science fiction, but what he himself wrote is probably more accurately termed “fictional science.” Or Poe-esque Lab Work. A fiction of the effects of science.

In his 1962 essay “The Boom in Science Fiction,” Abe writes:

Maybe what we call the everyday is just thought without hypotheses. Or rather hypotheses exist, but they cling so stubbornly to phenomenal reality that they have already lost their function. When a fresh hypothesis is brought in, the everyday is suddenly destabilized and begins to take on strange new forms. It becomes activated, objectified, and our consciousness is roughly shaken.

Unable to take sides on whether science fiction should be “hard” or “realist” (which is of course just another method for creating a narrative, not stenography of some Ultimate Reality) or consign itself to unadulterated fantasy, Abe demanded a synthesis of both. He wanted the fantasy of hypotheses to be played out in the petri dish of our communal store of rationality.

A new life-form approaches me while I’m writing in my office in Mid-Coast Maine, America. The life-form is from another place. Another planet? Another dimension? Neither. We don’t have a word for it yet. Maybe even the term “place” is misleading. What do I do? How do I react? How will my dog react? How would I interpret the features and qualities of the unknown creature? Surely something comically banal would take place. I would call the police or my wife. I would interrogate the intruder from a perspective embedded in contemporary psychology and Lockean property rights. And in this confrontation a sort of ironic double vision would occur. My working model of reality would be seen floating in a void. And it would be something like an Abe story.

In another Abe essay, “Science Fiction, the Unnameable,” Abe mentions a Thomas Mann passage somewhere (Abe is unsure where):

…to the effect that long ago, before a lion was called a lion, it was a supernatural being to be feared like a demon; but once it had been given the name “lion,” it became just another wild animal that could be overcome by humans. There is no question that unknown objects are much more disturbing than those we know; they also have a far greater potential energy. An unknown monster X in the forest is far more frightening than the familiar lions on view at just about every zoo in the country. This is the common ground of the mystery, science fiction, and ghost-story genres. Although each is written in a different way, all are firmly rooted in the same quest for things unknown, the same world of enigma.

Abe invokes the enigma by liberating phenomena from our cages of theory and hypothesis.

Take the story “An Irrelevant Death.” The first paragraph sets up the juxtaposition between the banality of our failed day-to-day theoretical structures and the mystery of event:

“He had company. The guest was lying face down with his legs stretched out neatly toward the door. Dead.”

A man called “A -” finds a corpse in his apartment and reacts with a logic whose wheels spin furiously in the void. The words “company” and “guest” are pathetically inappropriate, almost misleading. “A -” goes on to shift mentally through a kaleidoscopic series of reactions. He worries about the smell. He wonders how the criminal—he’s sure it was a criminal—got into his apartment. He fusses over how to get rid of it without anyone noticing. He wonders if perhaps the body has been passed along by the other tenants of the apartment complex in a kind of paranoid game of hot potato. And despite the thorough scrubbing of a blood stain, he isn’t quite able to get rid of the corpse. In Abe’s work, the dead tend to stick around.

The incongruity between the naked horror of the event itself and the facile mental machinations of the protagonist are enough friction to create heat and light. And it’s through this friction that mystery is returned to a “corpse”—a “body” severed from the enigmatic sublime by a smug and settled sense of the rational. Abe reveals objectivity to be incomplete, at best. He gives us the thrill of discovery.

What is this void that Abe works within? Who did he inherit this laboratory from? In “The Boom in Science Fiction” again, Abe mentions Poe’s story “Hans Pfaal,” and a description of a hot air balloon ride which is worth quoting at length:

What mainly astonished me, in the appearance of things below, was the seeming concavity of the surface of the globe. I had, thoughtlessly enough, expected to see its real convexity become evident as I ascended; but a very little reflection sufficed to explain the discrepancy. A line, dropped from my position perpendicularly to the earth, would have formed the perpendicular of a right-angled triangle, of which the base would have extended from the right-angle to the horizon, and the hypotenuse from the horizon to my position. But my height was little or nothing in comparison with my prospect. In other words, the base and hypotenuse of the supposed triangle would, in my case, have been so long, when compared to the perpendicular, that the two former might have been regarded as nearly parallel. In this manner the horizon of the aeronaut appears always to be upon a level with the car. But as the point immediately beneath him seems, and is, at a great distance below him, it seems of course, also at a great distance below the horizon. Hence the impression of concavity…

What Poe says seems obviously rational, but Abe tells us that that isn’t the point. He writes:

But rather than question whether Poe’s findings are verified by the facts, shouldn’t we rather ask whether he manages to elicit in his readers the feeling of surprise that accompanies discovery? In literature, proximity to discovered facts is far less important than adherence to the internal laws of discovery itself. In other words, it’s a question of forming a hypothesis and then seeing to what extent you can erect a new system of rules, utterly different from the existing rules of our everyday lives.

New rules or revealing the limitations of old ones. Abe does both.

From Poe’s balloon we can see why so much great literature and imaginative writing has anticipated—and transmitted with mystery intact—what later became ossified into objective scientific fact. I don’t just mean Bellamy predicting shopping malls or E.M. Forster predicting Skype in “The Machine Stops.” Not just technology and artifacts, but entire paradigm shifts. I mean Coleridge anticipating Einstein by denying the simplicity of Cartesian separation of mind and matter and Newtonian materialism. How Poe described the Big Bang in 1848. How the Internet echoes the shape and structure of The Talmud.

Abe tells us that art and science share the same experience of discovery. Artists and spiritual thinkers simply intuiting the theories and forms of objective science stand as evidence of that. And so perhaps the most exhilarating vision from Poe’s balloon are intimations of the symbolic unity of human conscious with the larger mystery itself. 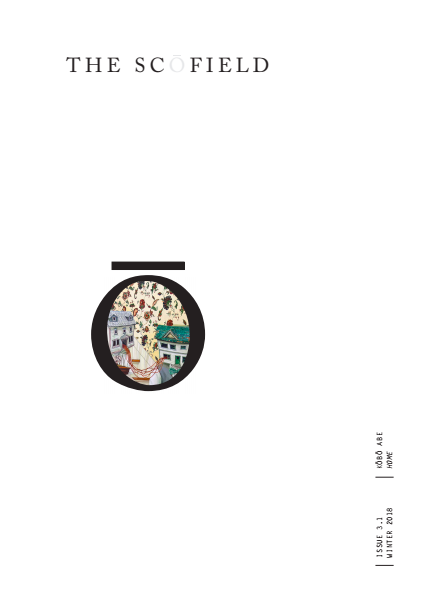 From the latest issue of The Scofield.

Scott Beauchamp is an editor at The Scofield. His work has appeared in Bookforum, the Dublin Review of Books, and The New Criterion. 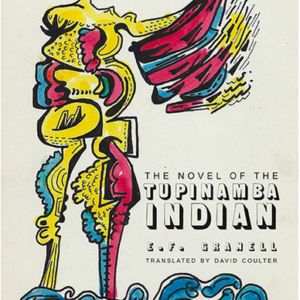 A priest is only a priest, even if he knows Latin, which would be notable. When all is said and done, what are priests for?...
© LitHub
Back to top
Loading Comments...