Reading Across America: How to Host a Literary Event

Jen Michalski on Learning What It Takes Pull Off a Reading

I never thought I’d host a reading series, let alone two (or three, if you count a writers’ variety show I co-hosted for a year). I’ve always been a bit introverted, apologetic about promoting my writing, and somewhat disorganized. As the founding editor of the lit journal jmww, I’d worked behind the scenes in the writing community, but my unlikely journey to front of house began in 2006 when I started a monthly writers’ happy hour in Baltimore with Gregg Wilhelm, founder of the City Lit Project.

To our surprise, about 50 people showed up for the first gathering. Encouraged, we had six more meet-ups that year. At one, a kind-eyed, curly-haired man in a gray corduroy jacket introduced himself. A writer and recent transplant from New York, he’d been to many poetry and mixed-genre readings throughout Baltimore and didn’t understand why there weren’t any fiction reading series. His name was Michael Kimball, and he suggested we start a series together.

I had reservations. I could barely read my own work on stage. But I agreed that fiction was underrepresented, and I knew that if we were going to make our city a literary destination, we needed to step up our game. We also have an informal philosophy in Baltimore (or maybe just I do): If you see a hole, fill it.

Michael hosted most of our events the first few years, while I got comfortable working in the trenches—booking writers, reaching out to the media, and socializing with authors and attendees. Watching Michael, I learned that being a host means more than reading the authors’ bios. Hosts not only manage an event’s pacing (including keeping readers to their allotted times), but also set the mood, by knowing when to step up and create excitement and when to stand back to avoid drawing attention to themselves. It can be a tough balance, and it’s different for every reading.

Producing a series is about creating an experience, something that’s more than the sum of the authors. In seven years, we hosted over 300 writers, from the US, Canada, London, and even South Africa, and I’d say only a handful were “famous” in the conventional sense. Yet, we had standing-room-only crowds almost every month. Although we were lucky in that we held the readings at a well-known community gallery/vintage clothing store, I’d like to think people came back not only for the venue and the quality of our lineups, but also for the experience itself.

To me, the most important thing about a reading series is not the readers, but the listeners. You aim to create not only a unique, exciting event, but also a welcoming one. I remember readings I attended pre-510. Not knowing anyone, I sat alone in the back, then slipped out at the end and never returned. When I became a host, I began to look for solitary people in the crowd and introduced myself. I got their email or connected with them on Facebook or Twitter and asked them to come back. After our readings, we’d invite everyone to join us for dinner and drinks at a bar down the street. Writing groups, other reading series, and relationships—platonic and otherwise—formed during those after-parties.

Even so, when the 510 Readings ended, I thought I was finished with hosting. My debut novel had recently been published, and I was busy promoting my own work. But that same year Ed Berlin, owner of the well-respected Ivy Bookshop, asked if I would be the face of Starts Here!, a new monthly series featuring up-and-coming writers.

I was burned out and nervous about hosting a series on my own, but I didn’t want to leave a hole in the community we had worked so hard to build, so I agreed to give it a shot. What really sold me was the series’ commitment to emerging voices, as reflected in the title of the series. Although we have a wealth of local writers in Baltimore (and included them in the 510 Readings), the mission of Starts Here! is to showcase completely new voices, including marginalized and nontraditional ones. Because our venue, Bird in Hand, is across the street from Johns Hopkins University, we draw many students, and since it’s a café/bookstore, the vibe is quiet, friendly, and respectful. Which is just as well—now that I’m in my forties, I’m more likely to curl up with a book at home afterward than hang out the rest of the night at a bar, drinking.

Years later, I find hosting to be an ongoing process of learning and networking. I go to as many other readings as I can, in Baltimore and elsewhere, in bars, bookstores, galleries, and festivals. I try to establish relationships with other hosts and their audiences, and I introduce myself to the featured authors and buy their books. I also note what works, and what doesn’t: lighting, acoustics, noise, pace. Is the location accessible? Are the audience members mostly students or other writers, or do a variety of people attend? Are the hosts interactive, approachable? Are there giveaways, audience participation? Does the series have a website and social media outlets, and how do they use them? By observing other series, I learn ways to make my own better.

Inevitably, there will be some misses, like a poorly attended reading (or two). You may start a series and the excitement of this new, shiny thing fills the seats for a few months, but then it gets cold outside. Or hot. People go back to school or on vacation. Maybe the readers are unknown out-of-towners, or locals who’ve read many times before. Or you have a packed house and fall totally flat. Don’t beat yourself up over it or take it personally (though I still do every time it happens). It’s impossible, I want every event I host to be the best reading in which readers have participated. Sometimes, after an off night, I wonder if I’m getting too old and stale to continue.

But then I remember why I do this: I was that girl in college who made everyone mixtapes of bands I thought they should hear, whether they wanted them or not. I’m the same way with books. I cannot hold back about what I think people should be reading, particularly if those authors are under the radar and don’t deserve to be, as often happens in the profit-driven book world. As someone who’s been published by independent presses, I know how hard it is to get a book into people’s hands when it’s not on the front table at Barnes & Noble, reviewed in the New York Times, or covered by NPR. This passion for literature energizes me when I lack confidence or presence, and for one night a month it enables me to pick up the microphone and welcome you back. For the rest of my life, probably.

Jen Michalski is the author of the novel The Tide King, two collections of fiction, and a couplet of novellas. Her second novel, The Summer She Was Under Water, will be released by Queens Ferry Press in August 2016. 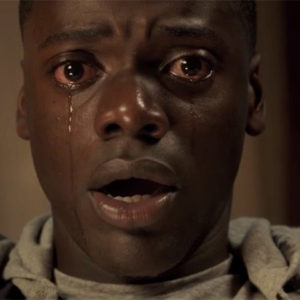 Horror impersonates the mundane. At its most efficient, it loiters in the center of life’s quotidian details, persuading...
© LitHub
Back to top