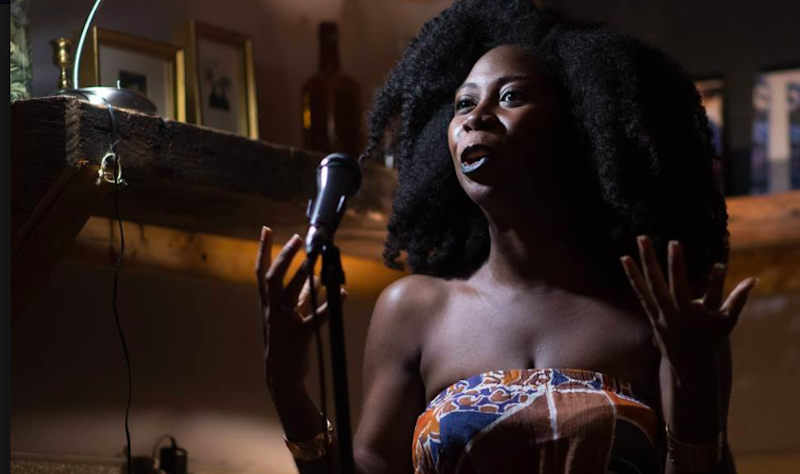 Reading Across America: How Do You Take a Reading Series to the Next Level?

Dead Rabbits, from an Idea to a Community and a Press

In September 2014, three lazy Harlemites came up with a plan. After years of grad school at Sarah Lawrence, after years of traveling to Brooklyn to see writers we love read the works we wish we’d written, after all those 2 am subway trips and the long waits between stations, Devin Kelly, Katie Longofono, and I were tired. Tired of the travel, yes, but also tired of writing feeling accessible only to an elite literary crowd, or having to know a person who knows a person in order to read, or having to shell out thousands of dollars to be a part of a writing program’s community that was finite at best.

We wanted a community in our neighborhood that was accessible, where writers and readers and non-literary folks could come together without breaking the bank or feeling out of place. A place where you weren’t just waiting your turn to read or compelled to go because a friend was reading. More than anything, we wanted a reading series that was fun.

Devin came up with the series’s name, “Dead Rabbits,” (he’d been watching Gangs of New York on loop), and Katie and I were hooked. We made some calls, did some favors, and asked for others. I covered some coworkers’ shifts in order to borrow equipment, and Katie used her connects from Sarah Lawrence’s Poetry Festival to help with promotion. Devin approached the owner at DTUT and pitched a reading as a way for the bar to bring in more money on Sundays. The bar’s owner was game and even created some drink specials to help with promotion. Within a week we cobbled together our little Frankenstein’s reading and hosted our inaugural event.

As far as readers, we decided on a blend of relatively new writers and more established, featured readers. We wanted to draw an audience and provide a platform for emerging writers. Somehow, we talked Erika Anderson, David Hollander, and Scott Cheshire into being featured readers for our launch, and we invited three emerging writers to read alongside them: Bekk Olson, Amy Carlberg, and Brian Birnbaum. Our audience was a mix of grad students, avid readers, and total strangers who walked into the bar for a drink but stayed for the community and fun.

We added Mad Libs into the mix, playing a dirty, literary version of the game with our audience during intermission. It was silly, but we’ve kept it (people come for the Mad Libs).

Then there were late nights and brainstorming sessions, research in our spare moments. There was no money, but we were determined. There was leg work: phone calls, texts, emails, and flyers. And there were the submissions—so many submissions. 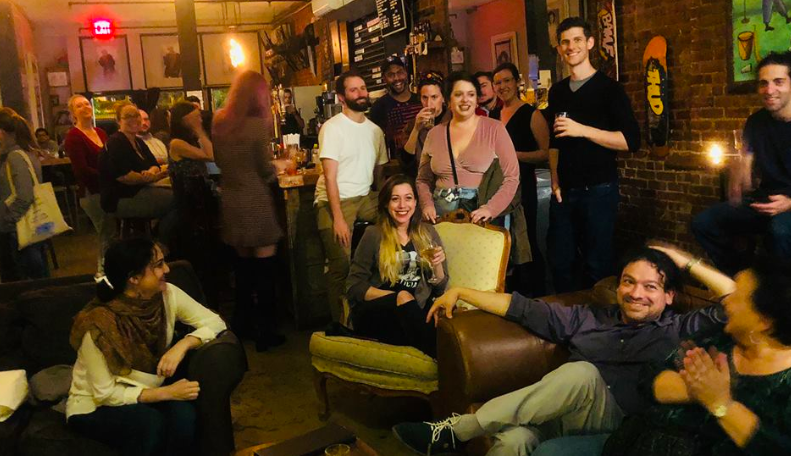 It’s been nearly five years now, and we’ve hosted over 250 writers and artists, made countless connections, watched our writers (and even hosts) find agents, and fundraised for causes we love and literary communities we support, like former reader Nabila Lovelace’s Conversation Literary Festival, which is a week-long retreat in the south that consists of public creative writing workshops, craft talks, and readings.

And we’ve made lifelong friendships in the process. It’s meant constant trial and error and building, reevaluating, and shifting. All along, we’ve learned and gained so much through this collaboration.

We soon discovered that a reading series is not about the reading so much as the community it creates of writers, supporters, and listeners. Almost always, we spend time hanging out at the bar with our readers after the event. People crave community. We realized early on that an essential part of our mission was to create a space where people could be their true selves, emotional, ecstatic, brave, or vulnerable.

We’ve collaborated with many different artists and groups since we opened our metaphorical doors. But a question that keeps circling is how do we build on that? Every one of us is feeling the shifts of turbulent times. It’s easy to throw our hands up, to hide behind screens and shout helplessly into the void. But how can we transform that helplessness into power? How can we use what we have to grow together and do good?

This past July, Stacey Kahn and Jess Martinez of Big Words Reading Series reached out to us about a collaborative reading to help families on the border. It is frightening and unconscionable how many families have been separated and detained. We immediately agreed to participate, then decided to invite other reading series to join us, bringing more voices together in this urgent fundraiser.

Throughout the summer, we emailed folks we knew and many we didn’t, asking for help and collaboration. We chose an organization to support and centered their work in the conversation: RAICES (Refugee and Immigrant Center for Education and Legal Services), a nonprofit that promotes justice by providing free and low-cost legal services to underserved immigrant children, families, and refugees in Texas.

In the end, 23 reading series’ and journals across New York participated in the fundraiser:

We cross-promoted our events and shouted this fundraiser throughout our networks until we were blue and hoarse and exhausted and attendance was full. In 23 events, we raised $4,385 for RAICES. It was incredible to watch the reading series community come together—not just the hosts of the readings, but supporters, other literary outlets, and concerned citizens.

Beyond a successful fundraiser and drawing attention to a worthy cause, the most valuable thing that came out of this collaboration was a new group, Reading Series of New York. We formed a Facebook group, and we’ll be launching other social handles and a website soon.

Now at Dead Rabbits, we’re taking on new frontiers. Over the summer, we started our own press. We wanted to do something bigger, to push for change in literature and the world. We’ve worked to bring in more voices, showcasing visual artists at our readings along with writers, and we’re partnering with book designers to create unique covers. And we’re collaborating with other small presses on special projects for the literary community.

We also have a podcast focused on artistry and the world at large, as well as literary topics. And we’re reaching out to burgeoning arts communities that need our support, launching our first salon in Little Rock, Arkansas, in partnership with the local community: Dead Rabbits Salon: Little Rock. We’re in the process of expanding into Seattle, Baltimore, and Albany.

We have a platform and we aim to use it. Not just to promote our work, but to build creative communities where people can thrive, share their work, and build together. So I’ll say this, if you want us, we want you. Come join us. Reach out.

M.K. Rainey is a writer, teacher, and editor from Little Rock, Arkansas. She is the winner of the 2017 Bechtel Prize at Teachers & Writers Magazine, the 2017 Lazuli Literary Group Writing Contest and the 2018 Montana Award for Fiction from Whitefish Review. Her work has appeared or is forthcoming in The Collagist, 3AM Magazine, Atticus Review, Fiction Southeast, and more. She co-hosts the Dead Rabbits Reading Series and is the co-founder and Editor-in-Chief of Dead Rabbits, a literary press that strives to collaborate with writers to create work that matters. She lives in Harlem. 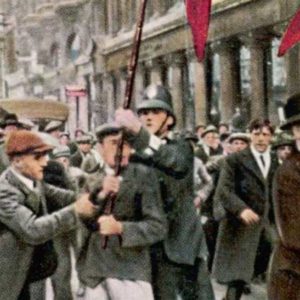 British socialists in the period from 1880 to 1920 produced millions of words in print. A good deal of this is what we might...
© LitHub
Back to top
Loading Comments...