Queens’ artistic claims in the realm of music are well known, from the Ramones and Run-DMC to Louis Armstrong and Steinway pianos, but Brooklyn is the NYC borough most often thought of as the home of writers and book enthusiasts. With the spotlight on Brooklyn, many people forget that its almost equally populous neighbor to the north has some great literary chops of its own—and with many artists getting priced out of Brooklyn, more writers are moving to Queens every year. In my opinion, Queens has been undervalued as a literary hotbed, and shortly after I moved there several years ago I decided to do something about it.

I have always loved the idea of hosting a reading series. Before devoting myself to writing full-time, I spent many years as a visual artist and a musician. While I enjoy wrestling one on one with the page, I missed being on a stage and spending time with other artists. I also enjoy meeting new people and recommending great books to them. The role of reading series host seemed like a natural fit for me, but I had been living in Brooklyn for 15 years and was acutely aware of the many existing literary events in that borough and across the water in Manhattan. What could I contribute that didn’t already exist?

When I moved to Long Island City, Queens in 2014, I was embarrassed to realize how rarely I’d traveled into this sprawling borough during my many years of living in New York. I wasn’t alone in my negligence. When I invited friends from other parts of the city to visit me, an alarming percentage of them couldn’t remember the last time they’d set foot in the borough.

Queens is a remarkable place—it’s home to 2.3 million people speaking over 135 languages, making it the most diverse county in the country. With the largest Chinese, Indian, and Greek populations in NYC, Queens is nicknamed the “World’s Borough” and was declared the best travel destination in the United States by Lonely Planet in 2015.

As I familiarized myself with literary Queens, I quickly discovered that the open mic, poetry, and spoken word scenes are strong here. There are a ton of innovative community-building events, passion projects of local writers: poet Valerie G. Keane’s Poetry and Coffee is a free monthly discussion group where participants bring in their favorite poem to share, and the poems are united by a different theme each month; novelist Aida Zilelian’s Boundless Tales reading series was founded in 2011 as a place for writers of any experience and background, and many of its readers are borough residents.

So why the lack of attention for Queens, when it’s such a unique landscape, with some of the most diverse voices around, a true melting pot of incredible stories? One reason is the lack of literary commerce—despite rivaling Houston in sheer population, Queens has only one general purpose bookstore, the nearly four-year-old Astoria Bookshop on 31st Street.

Surging rents have decreased the number of bookstores across the city, but Queens has been hit especially hard. Barnes & Noble, which is headquartered in NYC, closed its last two locations in Queens in 2015, one in Bayside and one in Forest Hills. Thankfully, there is currently a project called the Queens Bookshop Initiative, led by three women (including two former Barnes & Noble employees), to bring another general purpose bookstore to Queens. The initiative has already raised over $75,000 in crowdfunding.

After exploring the local scene for several months, I started to have a clear idea of what I could contribute to the literary community. Queens was full of enthusiastic readers, but it was missing a monthly series that would bring in high-profile authors (many of whom, including LIC Reading Series alumni Megan Abbott, Akhil Sharma, and Victor LaValle, live or have lived in Queens) and some much-deserved and overdue literary attention to the borough.

My own neighborhood of Long Island City, like many New York neighborhoods, is undergoing rapid development—a new residential high rise seems to pop up every month. It was important to me to find a venue that represented Queens’ history, and the LIC Bar, a 100-year-old classic watering hole that not only hosts great music events but has been supportive of community and literary gatherings of different kinds over the years, was a great fit. In April 2015, I hosted the first LIC Reading Series event in LIC Bar’s cozy carriage house—which, just to make the venue even more special, has a working gas fireplace that we light up in colder months. Our first event featured Queens writers Bill Cheng, Audrey Dimola, and Joseph Salvatore. It was the right time to start a new series, and we had a packed house and a full sheet cake to celebrate the occasion. The trick was to keep up the momentum.

Outside of finding a venue with some history, I had three other requirements for LIC Reading Series: a limited number of readers per event; some activity in addition to straight readings; and support of our guest writers via book sales. The rest was an experiment until we settled on the following format: with one intermission, three writers read from their work, followed by a panel discussion during which I give away gift certificates donated by local Queens businesses to audience members who submit anonymous questions for our writers. I try, as much as possible, to book writers who live in or write about Queens—but to make sure Queens stays in the spotlight at every event, I ask each writer, regardless of their place of residence, to share a brief anecdote about the borough. Nearly everyone has some kind of Queens connection or memory—among the standouts: Marie-Helene Bertino sang a musical number about the 7 train and Scott Cheshire told us about his encounter with John Gotti. At the end of the evening, everyone gets a chance to hang out and meet writers one on one, and Astoria Bookshop has staff onsite to sell our readers’ books.

The LIC Reading Series has met consistently on every second Tuesday of the month since April 2015 (except for August, when we take a summer break), and we are slated to celebrate our two-year anniversary on April 11, 2017, with Chloe Caldwell, Eileen Myles, and Elissa Schappell. We’ve been lucky to host a group of very accomplished and generous writers, including Alexander Chee, Mia Alvar, Saeed Jones, Tanwi Nandini Islam, Jonathan Lee, and Mira Jacob. We held a maximum capacity event with John Leguizamo in March 2016, celebrating the publication of his graphic novel Ghetto Klown, and we’ve been named one of the Coolest Reading Series’ in NYC by Time Out New York.

I believe the LIC Reading Series’ success comes from a mix of factors: the ideal venue; being attuned to what writers and audience members seek in a reading series experience; and a commitment to building relationships with local businesses and book lovers. I am thrilled that Queens’ reputation as a literary destination continues to grow, because the writers, readers, and dedication to literature have been here all along.

Head here to learn more about the LIC Reading Series.

Catherine LaSota is the founder, curator, and host of the LIC Reading Series in Long Island City, Queens. Her essays and interviews appear in Vice, Electric Literature, Catapult, and The Brooklyn Rail, among other publications. Follow her on Twitter @catherinelasota

Kingdom of the Young 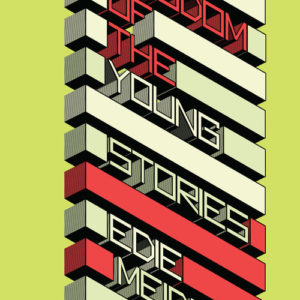 Kingdom of the Young

I Never Had a Problem With You I grew up thinking there had been a war, and that our soldiers had gone to war to guarantee...
© LitHub
Back to top