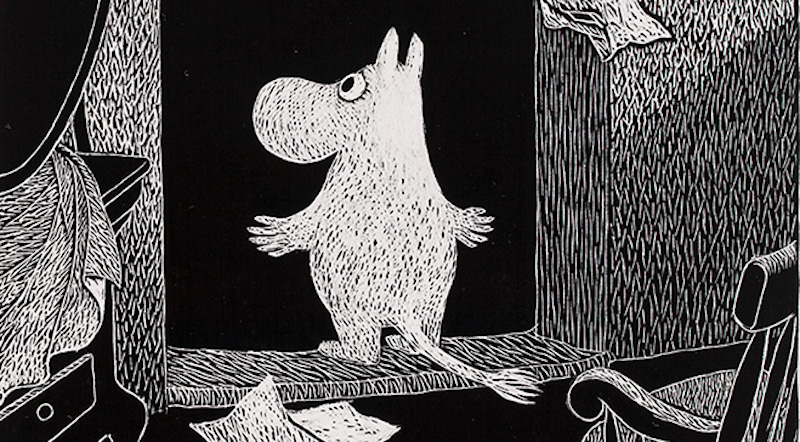 Tove Jansson, Finnish novelist best known for creating the Moomin universe (and born today in 1914), believed in responding to letters. When Dorothy Parker never responded to her brother Lars’s poetry which he mailed her, Jansson wrote: “If I was the Great Woman, and received some (really quite good) love poems from a young man in Finland . . . in my own language with an adoring dedication, I’d damn well send a few lines in reply.”

But as Jansson’s profile grew—and as she distanced herself creatively from the much-beloved Moomins—the scores of letters she received from fans and detractors grew overwhelming. So, Jansson expressed her frustration and amusement the most efficient way possible: via short story.

Jansson’s short story “Messages” is made entirely of excerpts of letters she received, from Moomin merchandise requests to bizarre asks from fans to angry cat-loving readers. You can read the full story—in its entirety, still pretty brief—here. Here’s how it begins:

I’ll make it to Maritim, got hold of Gustafsson, van coming at 8, have redirected mail to summer address, bye kiss Tooti
Take last things out of fridge

Hi my name is Olavi. You write well but last time you didn’t make a happy ending. Why do you do this?

Don’t say too much if they ring, don’t promise yet. Bye Tooti

Hi! We’re three girls in a mad rush with our essays about you could you help us by saying in just a few words how you started writing and why and what life means to you and then a message to young people you know the kind of thing. Thanks in advance . . .