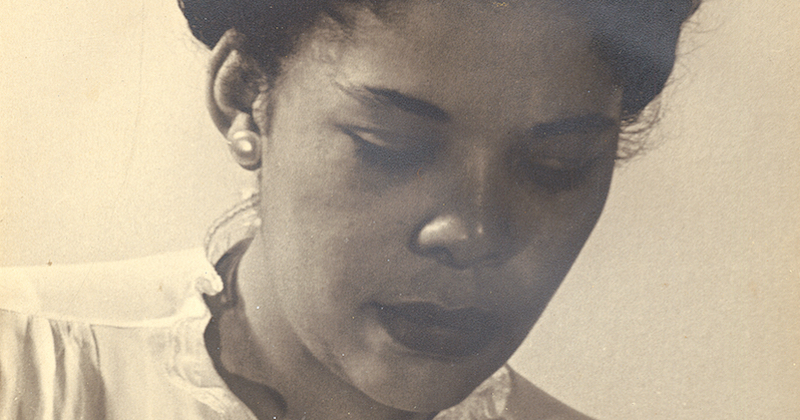 On this day in 1908, Ann Petry was born in the bucolic seaside town of Old Saybrook, CT. Her groundbreaking novel The Street (1946) was an immediate success, selling 20,000 copies in advance of its release. It went on to become the first book written by a Black woman to sell more than one million copies, according to the Library of America. Set in World War II-era Harlem, the book follows a single Black mother named Lutie Johnson as she attempts to carve out her slice of the American Dream. In a 2019 article for The Guardian, Tayari Jones unpacks the novel’s legacy and its layered, nuanced exploration of racism, poverty, sexism, and the myth of upward mobility. For Jones, The Street is “so much more than a lurid tale, soaked in sex, violence and suspense.” Above all, Petry magnifies the experience of Black women’s lives, ultimately presenting  “a story that is dark, but not depressing; disturbing, yet intriguing.”

Petry was a New Englander, but it wasn’t until she moved to Harlem that she found inspiration for her most famous work. Petry’s father was a pharmacist, and her mother ran a business called Beautiful Linens for Beautiful Homes. At the time, there were only four Black families living in the town. After graduating from the Connecticut College of Pharmacy, Petry worked in her family’s two drugstores. In 1938, she married a Louisiana-born writer named George Petry, and the couple moved to Harlem. Petry’s newfound home and work experience allowed her to craft The Street. She worked at an after-school program on 116th Street and wrote short stories for The Crisis and Opportunity.

After reading her short story “On Saturday, the Siren Sounds at Noon” in The Crisis, an editor from Houghton Mifflin encouraged Petry to apply for the Houghton Mifflin Literary Fellowship Award. The fellowship’s purpose was to aid aspiring writers by providing a cash prize against royalties for the publication of the recipient’s first book. In 1945, Petry got word that she won the fellowship, which allowed her to fully concentrate on finishing The Street.

For Petry, Harlem wasn’t steeped in as much bewildered wonder as it was for others—like Langston Hughes, who famously declared it to be “the greatest Negro city in the world.” In 1948, she was solicited by the editors of the travel magazine Holiday to write the text for a forthcoming photo essay about Harlem. The essay remained lost to time and the archives for more than 70 years until it was included in the Library of America’s new volume that contains The Street and The Narrows (1953).

Petry’s Harlem essay is no glassy-eyed tribute to a hidden mecca but a sober assessment of an “unpredictable and contradictory” place that was ransacked by the Depression, able to produce renowned literary icons while simultaneously pulsing with the ugly brutality of injustice. Petry concludes, “Harlem is an anachronism—shameful and unjustifiable, set down in the heart of the biggest, richest city in the world.”

Fame proved to be an anxiety-inducing behemoth and in 1947, Petry moved back to Old Saybrook with her husband. As Emily Bernard points out in an essay for The Yale Review, Petry felt “cornered” by her sudden visibility and “knew that the media glare was occasioned as much by her race and gender as by her talent.” Petry may have turned her back on the unwelcome beast of celebrity, but she didn’t abandon her writing. She went on to write Country Place (1947), The Drugstore Cat (1949), Harriet Tubman: Conductor on the Underground Railroad (1955), and Tituba of Salem Village (1964). She also published short stories and was appointed a visiting professor of English at the University of Hawaii (1944-45).

[via Library of America]