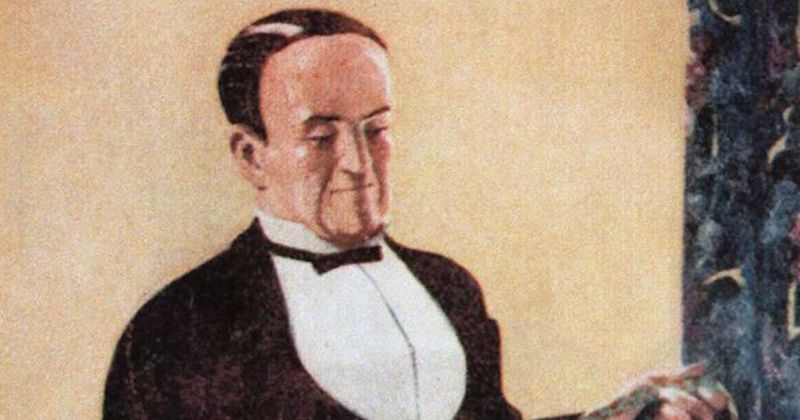 Read the short story that introduced Jeeves the butler to the world.

This week marks the anniversary of the first publication of P.G. Wodehouse’s short story “Extricating Young Gussie,” which features the first appearance of two of Wodehouse’s most beloved characters: Bertie Wooster, the rich gentleman, and Jeeves, his wise and competent valet. Though Jeeves only makes a few minor appearances in “Extricating Young Gussie,” the story laid the groundwork for Wodehouse to deepen Jeeves and Wooster’s humorous relationship.

Originally published in The Saturday Evening Post in their September 1915 issue, “Extricating Young Gussie” follows Wooster’s journey from England to New York to stop his cousin, Augustus “Gussie” Mannering-Phipps, from marrying a vaudeville performer and becoming one himself.

It never occurred to me at the time that he would ever do anything except appear at doors and announce people. Then—I don’t think it was the next Bertie story but the one after that—I had got Bertie’s friend into a bad tangle of some sort and I saw how to solve the problem but my artistic soul revolted at the idea of having Bertie suggest the solution. It would have been absolutely out of character. Then who? For a long time I was baffled, and then I suddenly thought ‘Why not make Jeeves a man of brains and ingenuity and have him do it?’ After that, of course, it was all simple and the stories just rolled out one after the other.

Despite his limited presence here, “Extricating Young Gussie”-era Jeeves is already unflappable: when suddenly told he and Wooster are leaving for America, his only question is which suit Bertie will wear. Even the earliest version of Jeeves, we know, is poised to “buttle with the best of them.”

You can read “Extricating Young Gussie” here. Here’s the beginning:

She sprang it on me before breakfast. There in seven words you have a complete character sketch of my Aunt Agatha. I could go on indefinitely about brutality and lack of consideration. I merely say that she routed me out of bed to listen to her painful story somewhere in the small hours. It can’t have been half past eleven when Jeeves, my man, woke me out of the dreamless and broke the news:

I thought she must be walking in her sleep, but I crawled out of bed and got into a dressing-gown. I knew Aunt Agatha well enough to know that, if she had come to see me, she was going to see me. That’s the sort of woman she is . . .