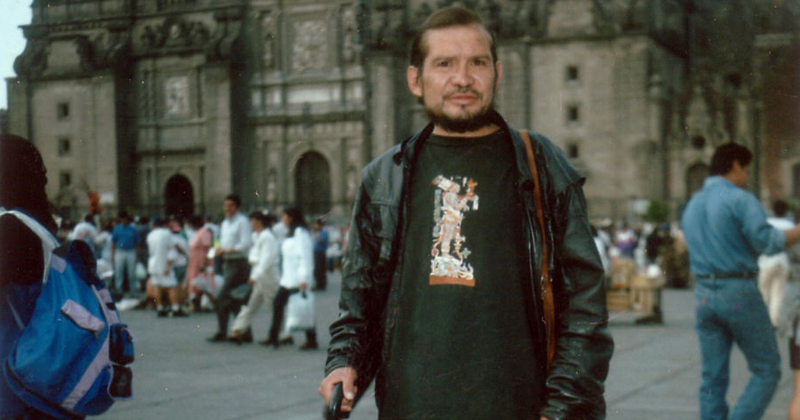 Mario Santiago Papasquiaro (born José Alfredo Zendejas Pineda) was the co-founder, with Roberto Bolaño, of the Infrarrealist Movement and the basis for the character of Ulises Lima in Bolaño’s novel The Savage Detectives. Like Santiago, Lima was a wild adventurer and virulent opponent of the canonical Mexican tradition symbolized especially by Octavio Paz and his followers; Santiago made enemies in the Mexican poetry community due to his vocal criticism of what he deemed inferior, and the literary elite. Gaining only slight recognition during his lifetime, he was recognized and lauded by the testimonies of his friends in the Infrarealist movement, especially Bolaño. His long free verse lines, reminiscent of the American Beats, are irreverent but also erudite, and his work is peppered with allusions and homages to Rimbaud, Artaud, Pound, Beckett, Bataille, Mallarmé, Burroughs, Brautigan, Shakespeare and others. He has not been widely translated, partially because he was inattentive to publication while he was alive, leaving behind only one complete collection but reams of poems on bar napkins and the backs of flyers; the first major collection of his work to be released in English, translated by Arturo Mantecón, came out earlier this year.

His dolphin’s fins are neither voluminous nor visible
but what a harpoon’s flight is his laughter
& how thermometers burst at his weeping
If the sea : his irrenounceable sea
loses flesh / flesh & nails
the endless highway-maw of his humid instincts
gets drunk on the sweetness
with which a child clutches explores
christens for the first time his nebulous
Nakedness that rains thunders spins waves
reinventing that which before was merely called
lip or merely kiss or merely wind
wind of wind / tonguetangler that only pinched
Without a single startled jump
on radar or on the waterlogged compass
of this raft & faun
nerve & nervebranch-tickling being
Contagious-integral-febrile bird charmer
to whom I dedicate—amid bright flashes—
these rays of light-open fly
the sculpture of love
mare horse burning with gasps
Subterranean angel
who makes sweat the inner pact that lewdly rubs this song

Visions of the Rue Morgue

Sliver by sliver
the blood of the light is a chorus of fish
that interrupts the madness of the dark night
All that exists / is still
In its scales & in its spiky quills still
Ragged tails & snouts
wedge-shaped & pig-filthy
A lightbulb
—reduced cranium of the obese Francis Bacon—
officiates between short-circuits & sparking embers
Doorknobs & lungs scattered
All of the baptismal water
begged for with screams by the vertebral yearning of a fetus
/ a scream-cascade drinking the caress of silence /
The entire globe kicked in drunken blindness by God himself
This same music as always / entangled in the heart of time /
:: We move & submerge our little feet ::
The terraced beds of oysters are a thing of dreams
To the point that it is all the same to his drooling slugs
to castrate the light / to masturbate to his shadow
to bury themselves mutely / in any slope of sand or illusion 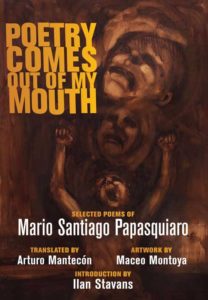 From Poetry Comes Out of My Mouth. Used with permission of Diálogos. Copyright © 2018 by Mario Santiago Papasquiaro. Translation by Arturo Mantecón. 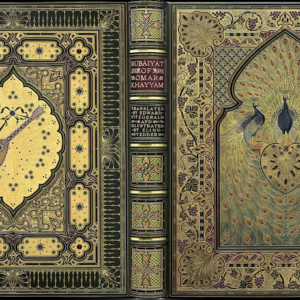 “Racial inequity in cookbooks has a large impact on the broader food community . . . It means the food world...
© LitHub
Back to top
Loading Comments...