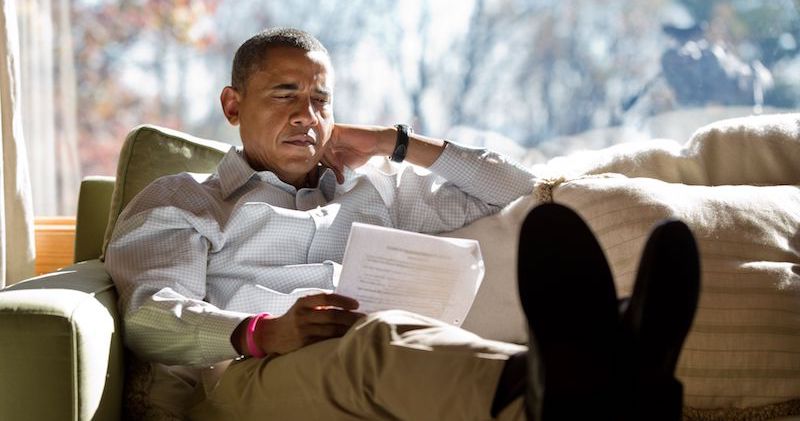 Yesterday, on the 56th anniversary of Bloody Sunday, the civil rights march from Selma to Montgomery interrupted by police violence, the Obama Foundation announced the inscription that will adorn the exterior of the former president’s presidential library in Chicago.

The inscription is a quote from a speech Obama gave on the 50th anniversary of Bloody Sunday in 2015 at Edmund Pettus Bridge. It reads:

You are America. Unconstrained by habit and convention. Unencumbered by what is, because you’re ready to seize what ought to be. For everywhere in this country, there are first steps to be taken, there’s new ground to cover, there are more bridges to be crossed. And it is you, the young and fearless at heart, the most diverse and educated generation in our history, who the nation is waiting to follow . . . Amerca is not the project of any one person. Because the single most powerful word in our democracy is the word “We.” “We The People.” “We Shall Overcome.” “Yes We Can.” That word is owned by no one. It belongs to everyone. Oh, what a glorious task we are given, to continually try to improve this great nation of ours.

Obama’s speechwriter at the time of the 2015 speech was delivered was Cody Keenan; Obama and Keenan worked closely on the speech, with Obama dictating fragments and Keenan typing and shaping. After reading a first draft, Obama asked Keenan to add some Emerson and Whitman. He told Keenan, “You took a half-swing on this. Take a full swing.”

You can learn more about the plans for Obama Presidential Center at the center’s website.