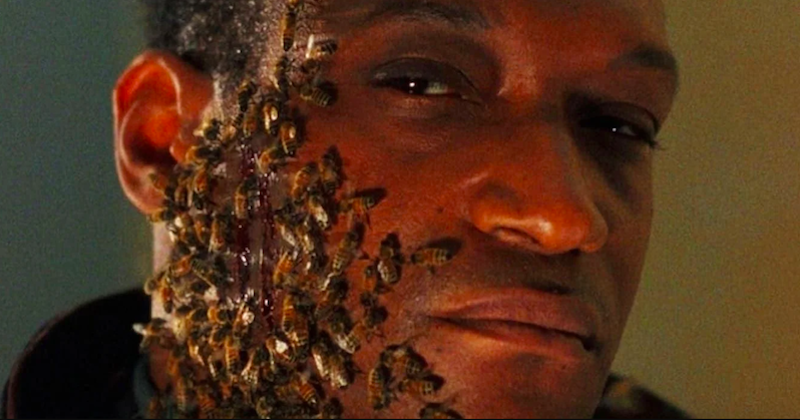 By now, you’ve probably seen the celebratory headlines: the new version of Candyman directed by Nia DaCosta, a reboot of the 1992 cult classic, has made cinematic history. According to People, DaCosta is the first Black female director to debut at the top of the US box office. In its first weekend alone, the film made over $22 million. DaCosta also co-wrote the reboot, dubbed a “spiritual sequel,” with Jordan Peele and Win Rosenfeld.

I haven’t seen the new film yet, but I have watched the original, which scared the shit out of me as a young one with an impressionable mind (in a perversely delightful way). Personally, I think Tony Todd should be considered a horror genre legend. His spine-tingling Candyman ranks right up there with Freddy Krueger, Jason, and Michael Myers.

And while I knew that the original Candyman took some inspiration from real Chicago news reports (reportedly “They Came in Through the Bathroom Mirror” and “Cause of Death” by journalist Steve Bogira), I was unaware that the film was adapted from a 1985 short story written by British author Clive Barker. The story, “The Forbidden,” can be found in Barker’s collection Books of Blood. (You can also listen to it here.) Like the 1992 movie, the story features a protagonist named Helen, who explores the urban legends connected to the abandoned flats of the Spector Street Estate. The phrase, “Sweets to the Sweet,” piques Helen’s interest and she soon discovers that there’s something much more sinister behind this seemingly simple work of graffiti.

Writer/director Bernard Rose’s 1992 Americanized version uses Barker’s foundational themes to critically examine class, gentrification, and race in Chicago’s Near North Side. In DaCosta’s iteration, which takes place three decades later, a visual artist named Anthony (Yahya Abdul-Mateen II) and his art gallery director girlfriend Brianna Teyonah Parris) learn about the legend of Candyman. Anthony, who is in desperate need of inspiration, decides to explore the Cabrini-Green projects in hopes of sparking his creativity. Of course, this curiosity marks the first step in Anthony’s unfortunate entanglement with the man with a hook.

In an interview with The Guardian published right before the film’s release, DaCosta said, “I think Candyman is important in that way . . . Not necessarily my movie, but the concept of a sort of mythological figure that you can transpose a lot of stories on through horror, which is an easier genre through which to passively accept some hard truths.”

And DaCosta certainly is staying booked and busy. She’s currently working on The Marvels, a follow-up to 2019’s Captain Marvel. The release date is projected for November 11, 2022.

So, if you’re wishing it was Halloween already and you’re in the mood for something spooky, check out Barker’s short story. Just, please, don’t say HIS name five times in the mirror!