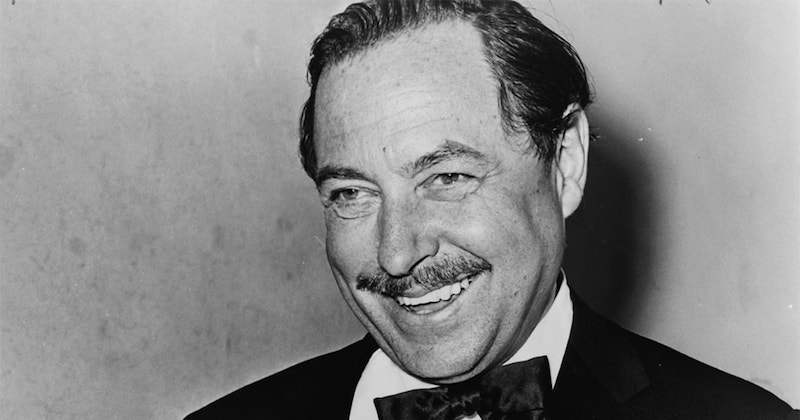 Today would be Tennessee Williams’s 110th birthday; to celebrate, we’re looking way back to before his storied career, when he was a teenager that knew he wanted to be a writer. When Williams was sixteen, he made his fiction debut in the pages of Weird Tales under his given name, Thomas Lanier Williams. His published story, “The Vengeance of Nitocris,” which you can read in full here, was a piece of historical fiction set in ancient Egypt; the story follows Nitocris, sister to an unnamed pharaoh, who takes revenge on the mob of citizens who execute her brother.

As Francesca M. Hitchcock points out in Mississippi Quarterly, this story was . . . not a hit. Dennis Vannatta in Tennessee Williams: A Study of the Short Fiction evaluates “The Vengeance of Nitocris” as “just about the way one would expect a sixteen-year-old contributor to Weird Tales to write . . . almost uniformly clichéd, strained, and dreadful,” and Donald Spoto, one of Williams’s biographers, noted the story’s “patent lack of poetic diction.”

So, less than stellar reviews. But Williams stands by the work. Thirty years after the story’s publication, Williams said this in the New York Times:

I was sixteen when I wrote [“The Vengeance of Nitocris”], but already a confirmed writer, having entered upon this vocation at the age of fourteen, and, if you’re well acquainted with my writings since then, I don’t have to tell you that it set the keynote for most of the work that has followed.

Bold move to draw New York Times readers’ attention to your juvenilia, but Williams is right. Even if the prose itself wasn’t up to snuff, “The Vengeance of Nitocris” marks the first outing of themes Williams would explore more deeply in his later writing. Nitocris, an arguably mad female protagonist, anticipates Williams’s later antiheroines (most notably Blanche DuBois); psychically bonded brother-sister relationships reappear in much of his work including The Glass Menagerie; and critics note that the connection between violence and passion—that we see when the pharaoh is dismembered in “The Vengeance of Nitocris”—shows up again, well . . . everywhere. (We even get another dismembering in Suddenly Last Summer—and for contemporary plays, that’s rare!) There may have been no Glass Menagerie or Streetcar Named Desire or Out Cry/The Two-Character Play without “The Vengeance of Nitocris.”

In my mind, this arc should be heartening for young writers. Each thing you write readies you to write your next thing. Experiment as much as you want, without fear of embarrassment—how else will you find your voice? Plus, Weird Tales paid Williams $35, the equivalent of more than $500 today. So, you know, all winners here.