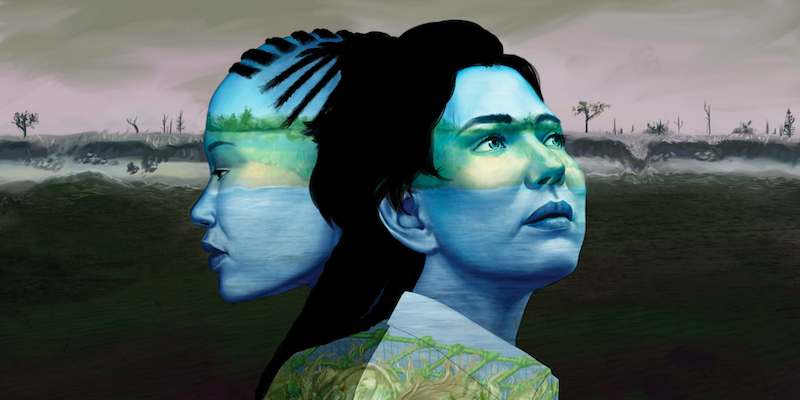 To coincide with World Oceans Day, XPRIZE—which is a nonprofit organization that manages competitions to encourage technological innovation and “radical breakthroughs for the benefit of humanity”—has published Current Futures: A Sci-Fi Ocean Anthology online.

The anthology collects the work of 18 science fiction writers—all of them women—including Lauren Beukes (whose story was written while she was in Antarctica), Nalo Hopkinson, Karen Lord, Catherynne M. Valente, and Marie Lu, all set “in a future when technology has helped unlock the secrets of the ocean.” Original art accompanies each story, and XPRIZE has managed to include contributors from all seven continents.

The anthology, said Eric Desatnik, XPRIZE Head of Communications “is meant to remind us about the mystery and majesty of the ocean, to establish the critical need for discovery and stewardship, and to instill a sense of hope for the ocean’s future.” That may be a tad lofty for an online anthology, but honestly, I could use a little hope right now—and I could use a bunch of good stories from these great writers, too.