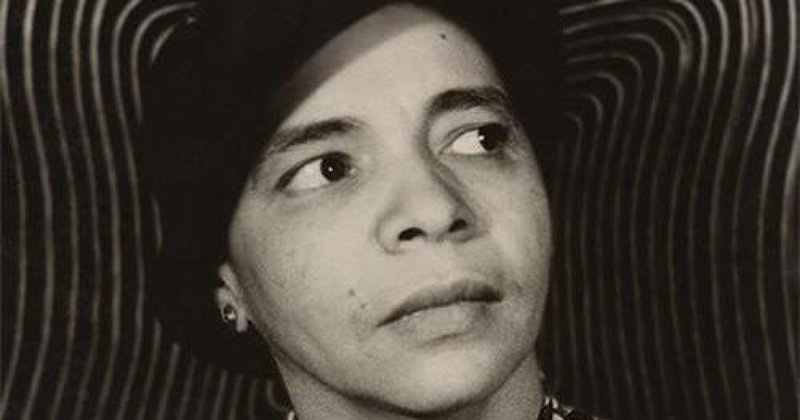 On this day in 1964, Passing and Quicksand author Nella Larsen (b. 1891) died in Brooklyn, New York. At the time of her death, Larsen was divorced, did not have any children and had retreated from the writing world. In 1930, Larsen’s literary rise was compromised: she was accused of plagiarizing a short story and in response, the author seemingly disappeared from public life.

The depths of Larsen’s life, in some ways, are still a mystery, but the things we do know paint a portrait of a woman who, like many working creatives, did not rely on writing as her sole income.

While many people may only recognize Larsen as a writer, few may realize that she studied nursing at the Lincoln Hospital Training Program and was also a children’s librarian at the 135th Street Branch of the New York Public Library. 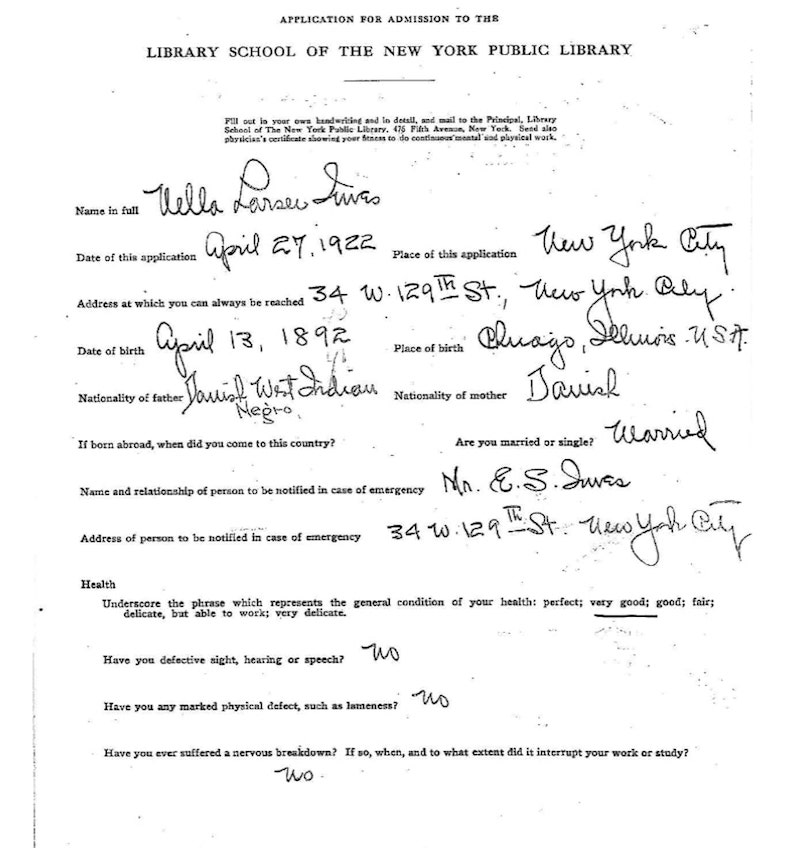 According to Professor Emerita Barbara Hochman of Ben-Gurion University’s Department of Foreign Literatures and Linguistics, one of the most interesting things about Larsen’s application was her reading choices. Hochman noted that Larsen only included one novel in her application: Growth of the Soil by Knut Hamsun, a Norwegian author who won the Nobel Prize in Literature in 1920 and later, during World War II, turned out to be a Nazi sympathizer. Additionally, Larsen was the only applicant to include a work by an African American author (Darkwater by W.E.B. DuBois).

Another thing of note: Hochman discovered that the word “Negro,” seen on the first page of the application, was not written by Larsen. It was written by someone else. Larsen was the first African American to be accepted to Columbia’s library school in the States.

Hochman said, “I knew that Larsen’s entry to library school was a highly charged event, but this neglected letter provided concrete confirmation of Larsen’s tenuous position.”

Who knows what else there is to uncover about Larsen? Are there other biographical tidbits to be unearthed?

Fortunately, Larsen’s legacy is receiving renewed attention. The film adaptation of Passing, directed by Rebecca Hall, premiered at the Sundance Film Festival and was recently acquired by Netflix for worldwide distribution.