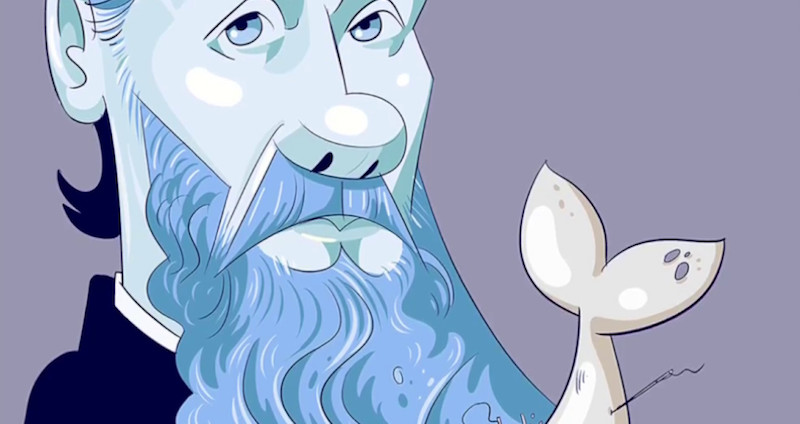 130 years ago today, at the ripe old age of 72, Herman Melville—history’s most famous chronicler of seditious scriveners and light-skinned leviathans—suffered a heart attack and passed away at his New York home. Melville’s last novel, The Confidence-Man, had been published more than three decades earlier and, as the few outlets to cover his death were at pains to mention, his star had long-since faded.

Still, obscurity or no, the man wrote Moby-Dick. He deserved better than to be done dirty by the New York Times this way:

Herman Melville died yesterday at his residence, 104 East Twenty-sixth Street, this city, of heart failure, aged seventy-two. He was the author of Typee, Omoo, Mobie Dick, and other sea-faring tales, written in earlier years. He leaves a wife and two daughters, Mrs. M. B. Thomas and Miss Melville.

Note the extreme brevity, the “written in earlier years” dig, the egregious misspelling of his magnum opus. American literature’s briny, melancholy grandpa done up like a kipper by the paper of record before his body is even cold. You hate to see it.

To be fair, the Times did try to make amends by running a more substantial tribute to the great (sea)man a few days later, but, as far as posterity is concerned, the first cut was the deepest.