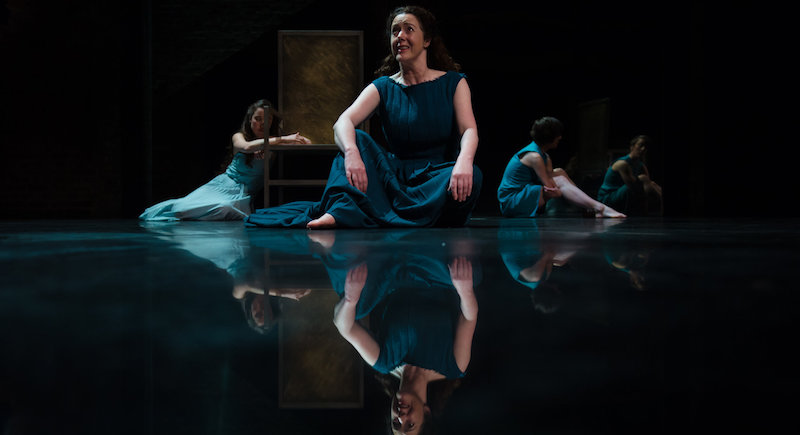 AGAMEMNON. KING OF THE ACHAEANS.

SERVANT. ONE OF HECUBA’S HOUSEHOLD.

HECUBA’S WOMEN. FIVE OF THEM.

SETTING
TROY AND THE BEACH AT THRACE.

STAGING
THE STAGING CAN BE AS SIMPLE OR AS ELABORATE AS DIRECTOR, ACTORS AND CREATIVE TEAM IMAGINE.

THE THRONE ROOM. HECUBA SURROUNDED BY HER WOMEN.

HECUBA: So I’m in the Throne room. Surrounded by the limbs, torsos, heads, corpses of my sons. My women trying to dress me, blood between my toes, my sons’ blood, six of them, seven of them, eight? I’ve lost count not that you can count anyway, they’re not complete, more an assortment of legs, arms, chests, some with the armour still on, some stripped, hands in a pile, whose hands are they? Ears missing, eyes hanging out of sockets, and then Andromache comes in screaming, holding this bloody bundle. My grandson, intact except for his head, smashed off a wall, like an eggshell. They’re through the south Gate she says, they’ve breached the citadel, they’re here. I say put him with the rest, put him beside Hector, his father’s mangled body. She wont stop screaming, shut up I say, you’ll draw them on us. I tell the women to cover her mouth, we have no soldiers to protect us, all dead, or still fighting, trying to save their own women, children. And I don’t know where Priam is. He went out a while ago, when was it? Last night? Yesterday? My women are putting perfume on me. Perfume! I swat them away. The smell of blood, wading in it, the tang of rotting bodies everywhere. Bodies that came out of this body and I want to vomit but there’s nothing in my stomach, they’ve cut off our food supplies. And Cassandra standing at the Throne, that smirk on her face, I told you so, did I not tell you so? And I could kill her right now. And Polyxena looking at me. Petulant. Willing me to turn this around, make it alright, make sense of it. And I’m glad at least my little Polydorous is safe. We’ve sent him to Thrace away from all of this. And then a soldier comes reeling in the door, Priam’s head in his hands. My husband’s head. They’ve beheaded him in the Great Sky God’s Temple. I say where’s the rest of him? What good is a head? We can’t bury his head without the rest of him. And the soldier says, I don’t know, they’ve burned the temple. Burned the Temple? The whole city’s in flames he says and he puts Priam’s head into my hands. I sit on the throne holding it like a baby. His tongue’s hanging out, his eyes are terrifying, a ferocious death. I try to close his eyes. They’re caked with blood, crust, dust. I can’t close them. And the soldier is weeping on his knees, holding my ankles, all the men castrated he says, not enough to kill them, must desecrate them too. And I say, the women? What about the women? The children? The women too, they’re killing the women he says, all the old ones, the ugly ones, the ones past childbearing, past work. And the children? I say. Priams’ head is oozing onto my dress. The children he says, all the boys and all girls under ten. Why? I say though I know it’s a stupid question. Not enough room on the ships he says. They’re rounding them up, have them in the cattle pens. And I think this is not war. In war there are rules, laws, codes. This is Genocide. They’re wiping us out. And then there’s shouting, clashing of swords, more screams and Agamemnon is in the Throne room.

AGAMEMNON: Fabled Queen, I say. She hears the mockery in my voice though it’s not complete mockery. I’ve been wanting to get a good look at her for a while. And there she is, perched on her husband’s throne, holding what? His head? The blood flowing down her arms. And what arms they are, long and powerful. What’s that I say? She doesn’t answer, just looks at me as if I’m a goatherd, the snout cocked, the straight back, three thousand years of breeding in that pose.

HECUBA: They told me many things about him, this terror of the Aegean, this monster from Mycenae, but they forgot to tell me about the eyes. Sapphires. Transcendental eyes, fringed by lashes any girl would kill for. I pretend I don’t know who he is. And you are? I say. You know damm well who I am he laughs, and you may stand.

AGAMEMNON: And she says she’ll stand when she feels like it. So I lift her off the throne. Now that wasn’t too difficult was it? I say. I can’t resist twirling her though I know I should show more respect. Used but good. Still good. I was expecting an auld hag with her belly hanging down to her knees. But she’s alright, there’s bedding in her yet. I wonder if she still bleeds, will I ask her? No. Not now. Leave her, she’s lost everything. She’s a Queen, was a Queen. Behave yourself.

Read the Essay "Big Red" from Ashleigh Young's Can You Tolerate This? 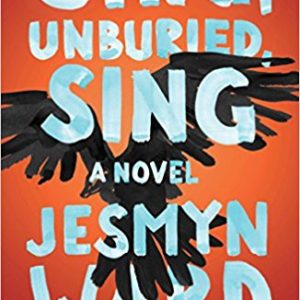 Sometimes I think I understand everything else more than I’ll ever understand Leonie. She’s at the front door, paper...
© LitHub
Back to top