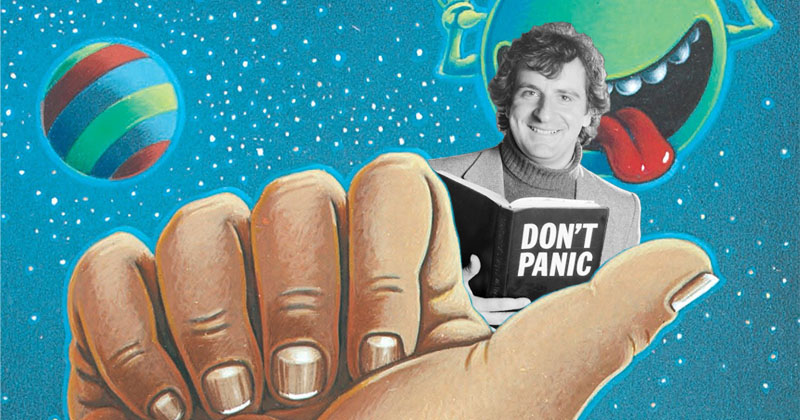 Let’s be honest: all writers sort of hate writing. At least some of the time! (It’s hard.) That includes Douglas Adams, author of beloved cult classic and frequent late ’90s Bat Mitzvah theme The Hitchhiker’s Guide to the Galaxy, who once wrote this “General Note” to himself, apparently to be read and re-read when the going got tough:

Writing isn’t so bad really when you get through the worry. Forget about the worry, just press on. Don’t be embarrassed about the bad bits. Don’t strain at them. Give yourself time, you can come back and do it again in the light of what you discover about the story later on. It’s better to have pages and pages of material to work with and off and maybe find an unexpected shape in that you can then craft and put to good use, rather than one manically reworked paragraph or sentence. But writing can be good. You attack it, don’t let it attack you. You can get pleasure out of it. You can certainly do very well for yourself with it . . . !

Okay, it’s not quite as inspiring as Octavia Butler’s famous note-to-self, but then it serves a somewhat different purpose: it’s pretty good advice.

The note will be included in 42, a crowdfunded book of material from Douglas’s archives, edited by Kevin Jon Davies. “I love [the note], but I just wish he’d read it to himself more often,” Douglas’s sister Jane Thrift told The Guardian. “I think it [writing] was a tortuous process for him, not all the time, but when it was difficult for him it was really difficult.”

Elsewhere in his notes, Douglas wrote: “Today I am monumentally fed up with the idea of writing. I haven’t actually written anything for two days, and that makes me fed up as well.” Same, buddy. Same. 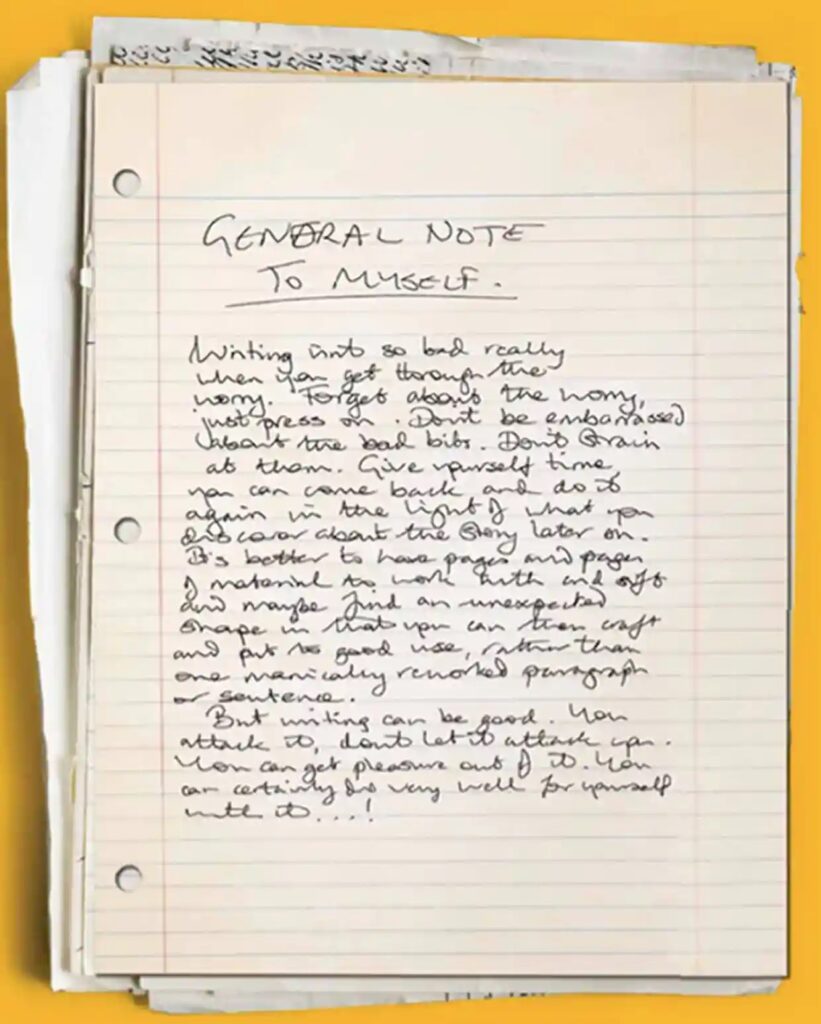