Read 10 of the Best Stories Ever Published in Playboy

From J.G. Ballard to Gabriel García Márquez to Bharati Mukherjee

Hugh Hefner died this week at the age of 91, and if you didn’t already have an opinion about him, I’m sure you do now—there have already been countless remembrances and think-pieces, arguing variously for his virtues, his sins, his pajamas, and his impact on the American imagination. I’m not going to relitigate it all here, but suffice it to say that while Hefner was indeed a man who collected and commodified women and called it “feminism,” it doesn’t change the fact that the joke about reading Playboy for the articles isn’t really a joke. The magazine has published some fantastic interviews, essays, and—most importantly for our purposes here—fiction over the years, the latter thanks in part to expert fiction editor Alice K. Turner, who died in 2015 to rather less fanfare than Hefner is getting this week. (Robie Macauley gets credit too.)

Since its inception, Playboy has published work by Vladimir Nabokov, James Baldwin, Shirley Jackson, Nadine Gordimer, Doris Lessing, John Updike, John Cheever, P. G. Wodehouse, Arthur C. Clarke, John Irving, Roald Dahl, Frank Herbert, Stephen King, Norman Mailer, Joyce Carol Oates, Philip K. Dick, Ray Bradbury, Annie Proulx, and many other greats. Much of their work is available on the Playboy website now for online subscribers—but here are ten stories that originally appeared in the magazine that you can read for free right now, at your desk, with no fear of anyone accusing you of looking at the centerfold.

“On the morning after the storm the body of a drowned giant was washed ashore on the beach five miles to the northwest of the city. The first news of its arrival was brought by a nearby farmer and subsequently confirmed by the local newspaper reporters and the police. Despite this the majority of people, myself among them, remained skeptical, but the return of more and more eyewitnesses attesting to the vast size of the giant was finally too much for our curiosity. The library where my colleagues and I were carrying out our research was almost deserted when we set off for the coast shortly after two o’clock, and throughout the day people continued to leave their offices and shops as accounts of the giant circulated around the city.”

“So Pete Crocker, the sheriff of Barnstable County, which was the whole of Cape Cod, came into the Federal Ethical Suicide Parlor in Hyannis one May afternoon—and he told the two six-foot Hostesses there that they weren’t to be alarmed, but that a notorious nothinghead named Billy the Poet was believed headed for the Cape.

A nothinghead was a person who refused to take his ethical birth-control pills three times a day. The penalty for that was $10,000 and ten years in jail.”

“She was alive inside but dead outside, her face a black and dun net of wrinkles, tumors, cracks. She was bald and blind. The tremors that crossed Libra’s face were mere quiverings of corruption. Underneath, in the black corridors, the halls beneath the skin, there were crepitations in darkness, ferments, chemical nightmares that went on for centuries. “O the damned flatulent planet,” Pugh murmured as the dome shook and a boil burst a kilometer to the southwest, spraying silver pus across the sunset. The sun had been setting for the last two days. “I’ll be glad to see a human face.””

“The first children to see the obscure, stealthy promontory that approached in the ocean believed that it was an enemy ship. But then they saw that it carried neither flags nor spars, and they thought it was a whale. But when it ran aground on the beach they peeled off the thickets of seaweed, the jellyfish tentacles and the rest of the tattered cloth and driftwood it carried, and only then did they discover that it was a drowned man.”

Italo Calvino, “The Burning of the Abominable House” (Italian edition, 1973)

“In a few hours’ time Skiller, the insurance agent, will be coming to ask me for the computer results, and I still haven’t keyed in the orders to the electronic circuits which will have to grind to a fine dust of bits both Widow Roessler’s secrets and her hardly to be recommended boarding house. Where the house once stood, between railway lines and iron stockyards, on one of those humps of wasteland our city’s suburbs leave behind like heaps of dirt that have escaped the broom, nothing is left but charred rubble now. It could have been a smart villa originally, or it may have looked no better than a ghostly hovel: insurance company reports have nothing to say on the matter; and now it has burnt down, from eaves to cellar, and the incinerated corpses of its four inhabitants have left no clue that might serve to reconstruct the events that led up to this secluded slaughter.

Rather than the bodies, what does offer a clue is a copybook found in the ruins, entirely burnt except for its cover which was protected by a plastic folder. On the front it says: An Account of the Abominable Deeds Committed in this House and on the back there is an index with twelve entries in alphabetical order: Blackmail, Drugging, Incitement to Suicide, Knifing, Prostitution, Threatening with a Gun, Tying and Gagging, Rape, Seduction, Slander, Snooping, Strangling.”

“The incident occurred in February, 1969, in Cambridge, north of Boston. I didn’t write about it then because my foremost objective at the time was to put it out of my mind, so as not to go insane. Now, in 1972, it strikes methat if I do write about what happened, people will read it as a story and in time I, too, may be able to see it as one.I know that it was almost horrific while it lasted —and it grew worse yet through the sleepless nights that followed. That does not mean that anyone else will be stirred by my telling of it.”

“There are only two seasons in this country, the dusty and the wet. I already know the dusty and I’ll get to know the wet. I’ve seen worse. I’ve seen Baghdad, Bombay, Queens—and now this moldering spread deep in Mayan country. Aztecs, Toltecs, mestizos, even some bashful whites with German accents. All that and a lot of Texans. I’ll learn the ropes.

I intend to make it back.”

“I am a woman who appeared in public on Late Night with David Letterman on March 22, 1989.

In the words of my husband, Rudy, I am a woman whose face and attitudes are known to something over half of the measurable population of the United States, whose name is on lips and covers and screens. Whose heart’s heart is invisible to the world and unapproachably hidden. Which is what Rudy thought could save me from all this appearance implied.”

Margaret Atwood, “The Bog Man” (January 1991) [not online, but couldn’t resist—find it in Wilderness Tips]

“Julie broke up with Connor in the middle of a swamp.

Julie silently revises: not exactly in the middle, not knee-deep in rotting leaves and dubious brown water. More or less on the edge; sort of within striking distance. Well, in an inn, to be precise. Or not even an inn. A room in a pub. What was available.

And not in a swamp anyway. In a bog. Swamp is when the water goes in one end and out the other, bog is when it goes in and stays in. How many times did Connor have to explain the difference? Quite a few. But Julie prefers the sound of swamp. It is mistier, more haunted. Bog is a slang word for toilet, and when you hear bog you know the toilet will be a battered and smelly one, and that there will be no toilet paper.

So Julie always says: I broke up with Connor in the middle of a swamp.“

“I’m still not sure I made the right choice when I told my wife about the bakery attack. But then, it might not have been a question of right and wrong. Which is to say that wrong choices can produce right results, and vice versa. I myself have adopted the position that, in fact, we never choose anything at all. Things happen. Or not.”

Bonus (because I cheated with Atwood): Robert Coover, “The Invisible Man” (January 2002)

“The Invisible Man gave up his life as a crime fighter, it was too hard and no one cared enough, and became a voyeur, a thief, a bugaboo, a prowler and pickpocket, a manipulator of events. It was more fun and people paid more attention to him. He began inhabiting horse tracks, women’s lockerrooms, extravagant festivities, bank vaults, public parks, schoolyards, and centers of power. He emptied tills, altered votes, made off with purses and address books, leaked secrets, started up fights in subway cars and boardrooms, took any empty seat he wanted on planes and trains, blew on the necks of naked women, moved pieces on gameboards and gambling tables, made strange noises in dark bedrooms, tripped up politicians and pop stars on stage and whispered perverse temptations in the ears of the pious.”

"Girls with the Sun in Their Eyes" 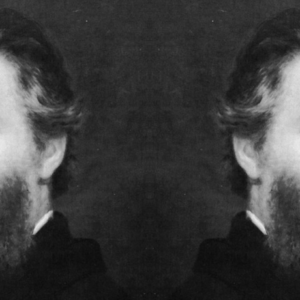 Is the Rust Belt ruined? Or is it having a renaissance? On the up-and-coming publisher letting Midwesterners tell their...
© LitHub
Back to top