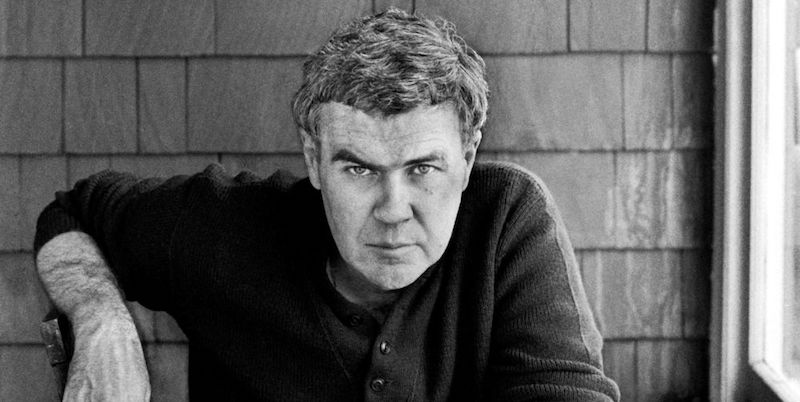 When we talk about Raymond Carver, we talk about the short story. Despite having published eight poetry collections before his death (33 years ago to the day), he’s known for works like “Cathedral” and “Why Don’t You Dance.” But, as it turns out, Carver wrote short stories out of practicality, not pure love of the form. In his 1983 Art of Fiction interview in The Paris Review, Carver revealed that his short stories came about through limited time and limited patience:

INTERVIEWER
In an article you did for The New York Times Book Review you mentioned a story “too tedious to talk about here”—about why you choose to write short stories over novels. Do you want to go into that story now?

CARVER
The story that was “too tedious to talk about” has to do with a number of things that aren’t very pleasant to talk about. I did finally talk about some of these things in the essay “Fires,” which was published in Antaeus. In it I said that finally, a writer is judged by what he writes, and that’s the way it should be. The circumstances surrounding the writing are something else, something extraliterary. Nobody ever asked me to be a writer. But it was tough to stay alive and pay bills and put food on the table and at the same time to think of myself as a writer and to learn to write. After years of working crap jobs and raising kids and trying to write, I realized I needed to write things I could finish and be done with in a hurry. There was no way I could undertake a novel, a two- or three-year stretch of work on a single project. I needed to write something I could get some kind of a payoff from immediately, not next year, or three years from now. Hence, poems and stories.

I was beginning to see that my life was not—let’s say it was not what I wanted it to be. There was always a wagonload of frustration to deal with—wanting to write and not being able to find the time or the place for it. I used to go out and sit in the car and try to write something on a pad on my knee. This was when the kids were in their adolescence. I was in my late twenties or early thirties. We were still in a state of penury, we had one bankruptcy behind us, and years of hard work with nothing to show for it except an old car, a rented house, and new creditors on our backs. It was depressing, and I felt spiritually obliterated. Alcohol became a problem. I more or less gave up, threw in the towel, and took to full-time drinking as a serious pursuit. That’s part of what I was talking about when I was talking about things “too tedious to talk about.”

The rest of the interview is equally illuminating; in it, Carver discusses his path to sobriety, his daily writing habits, and his extensive approach to revision.

But this particular section is a useful reminder that there’s a host of factors that shape a finished piece of writing besides sheer inspiration. Life’s limitations on writers’ creative practices are depressing—or, as Carver puts it, “tedious”—but, in this specific case, short story readers everywhere have benefited.