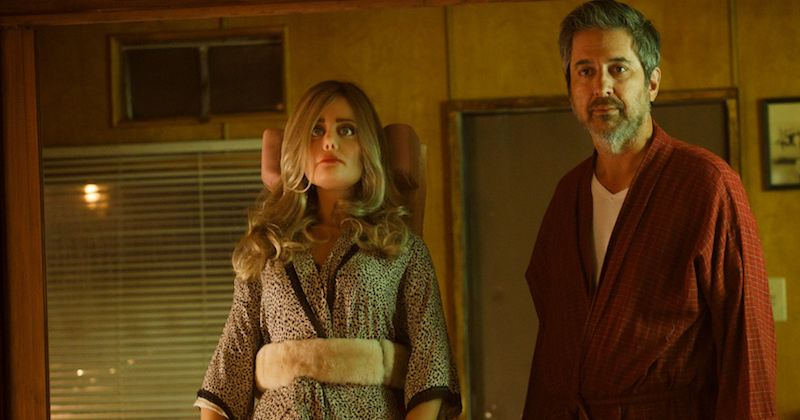 Ray Romano covers Beyoncé in the first Made for Love trailer.

Yes, you read that headline correctly.

The first trailer for Made for Love—the upcoming HBO adaptation of Alyssa Nutting’s batshit 2017 novel—has hit the internet, and it is weird in all the most wondrous ways. Chief among them: the dulcet tones of Ray Romano, who soundtracks the action with a spoken-word rendition of Beyoncé’s “Crazy in Love.”

A dark sci-fi sex comedy, Made for Love stars Cristin Milioti as Hazel Green (seen here flipping off a building and bellowing “I thought those were metaphors!” while brandishing a golf club), a thirty-something woman on the run from her despotic tech billionaire husband, the marvelously-named Byron Gogol (Billy Magnussen, one of the finest demonic-looking Aryan shitheels in the business). Hazel returns to her desert hometown, moving in with her widower father (Romano) and his new partner (a sex doll named Diane), but discovers that Gogol has implanted a monitoring device in her brain, allowing him to track her whereabouts and “emotional data.”

Made for Love premiers in April, so you still have a month and change to read the source material, which Jia Tolentino, in the pages of the New Yorker, called “a total joyride, dizzying and surprising, like a state-fair roller coaster that makes you queasy for a moment but leaves you euphoric in the end.”